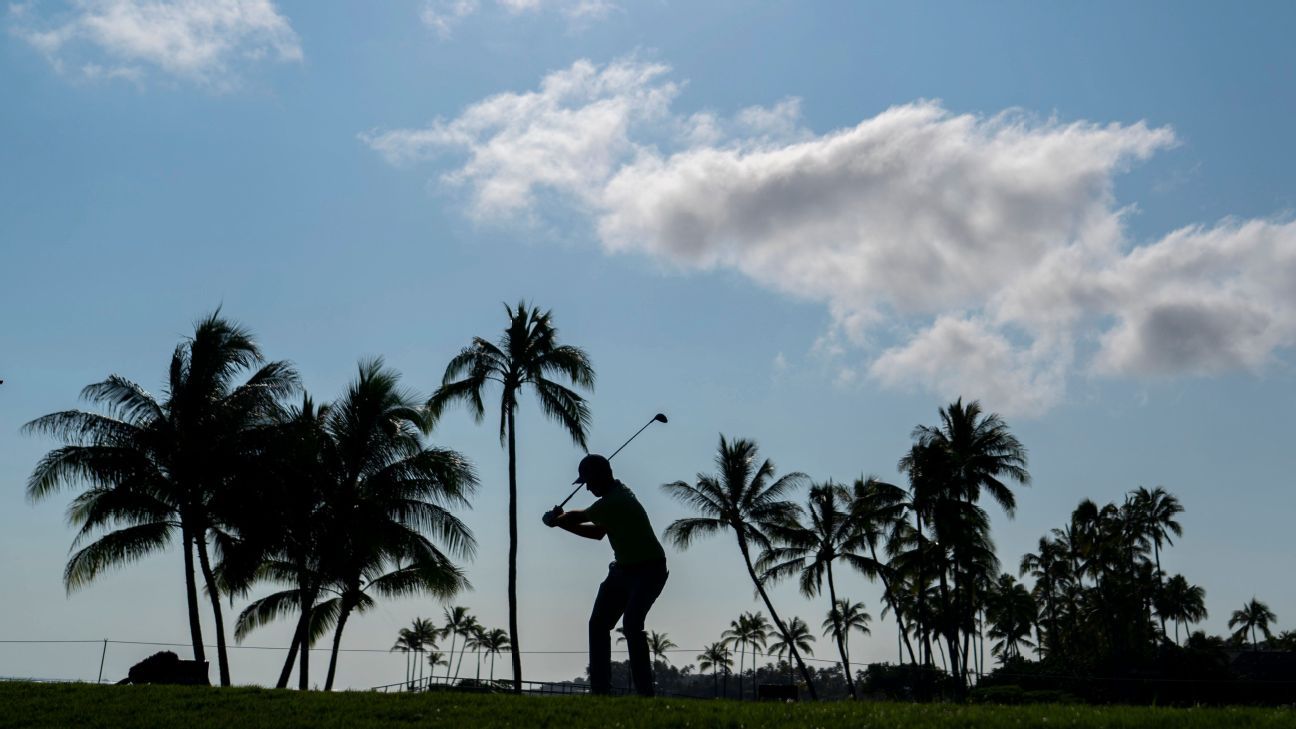 The PGA Tour stays in Hawaii and heads to the Waiʻalae Country Club in Honolulu for the Sony Open.

Which players are the favorites this time around, who offers good odds and what props are worthwhile?

Marks: Sixteen of the last 23 Sony Open champions teed it up the week before at Kapalua, and six have won both the Sentry and the Sony. At 10-1, I say Smith has a good shot to make that 7. His 34 under last week, albeit in cushy conditions, is tremendous. If he can pick up where he left off… watch out!

Bearman: Those of you who read this column weekly will not be surprised at this pick. At short courses that demand good, precise short games, I often pick Simpson. He’s won at Sedgefield and Harbour Tour, courses very similar to Wai’alae Country Club. Here on the island, he has done everything but win, with six consecutive top-15 finishes, including-4, 3rd-T-4 in his last 3 trips. Over the last 24 rounds here, he leads the field in shots gained total and is second in tee-to-green. His game is perfect for this course, which also needs accuracy off the tee and Webb finished in the top 30 in that category last year. He has good results in his last 3 starts this season (T-14, T-8, 17) and I can see him getting career win No. 8 this weekend.

Bearman: Another guy with tremendous success and just missing the signature win at Waialae is Leishman, who has two top-5 finishes in the last 3 appearances, along with a 5th place finish in 2014 and T-9 in 2013. He’s made the cut in all 12 trips with 7 top-20s. He was in the mix last year until the very end, shooting four rounds of 66 or better. Over the last 50 rounds at this course, Leishman is 3rd in Shots Gained Total, 6th Tee-to-Green and 7th on approach. Leishman already has four Top 10s in the 2021-22 season, including a T-10 last week in Maui. The biggest factor so far this season for the Aussie has been his putting, which he is T-11th in after finishing 65th last season.

Bearman: If course history is your thing, then look no further than Howell. In 20(!) appearances here, Howell has made the cut all 20 times, with 10 top-10s and is the all-time money leader at the event. That includes two runner-up finishes and top-20s in five of the last 6 years. At 55-1, that has my attention, although he has never closed the deal here. Only played four times this year, but finished T-16 at The RSM back in November. Over 2-to-1 to finish in the top-20 is a good value for someone who makes a living here.

Bearman: Only two players in the field have finished in the top 5 at Waialae CC in each of the last two years. One is the aforementioned Simpson. The other… Steele, who finished T-4 with Webb last year and runner up to Cam Smith in 2020. He had the 54-hole lead both times and has some unfinished business here. He hasn’t played since Thanksgiving, but did finish runner-up at the ZOZO Championship in October.

Marks: Webb loves this track, and sports top four finishes in his last three trips to Waiʻalae to show it. He’s gained shots T2G in eight consecutive tournaments, he’s healthy, and ready to kick this season off in contention come Sunday.

Marks: Im has four top 20 finishes this season, and looked great last week at the Sentry, gaining strokes in every major category. Bermuda greens were an issue for Im last season, but he putted well on them at Kapalua, gaining 2 strokes per round.

Bearman: I can’t blame anyone who throws some pizza money on the favorite here, the same guy who was a record 34-under par on the neighboring island a few days ago. Oh and btw, he won this event 2 years ago. I won’t play him to go back-to-back as that never happens, but plus money for a top-10, I’ll roll the dice. If he wins, we still get paid.

Bearman: As noted above, unlike last week’s event on The Plantation Course, driving accuracy and a good short game are two key factors to getting around Waialae CC. Conners is one of the most accurate drivers on Tour, currently 9th in Driving Accuracy and 4th in Shots Gained Off-tee. Last season, Conners finished 7th in Accuracy and 8th Off-Tee. He’s also had success here, finishing T-2 in 2019 and T-12 in 2020. The one thing that always worries me about the Canadian is his poor putting, which could cost him a win. He was 112th on tour in putting last year, but has improved to T-43 in the few events this year. If he putts well, we could very well see him cash a 25-1 ticket. I am playing it a little safe and grabbing the Top 10, but would not at all be surprised to see him return to the mainland with a victory.

Marks: Conners has made the cut in nine consecutive starts at Kapalua, with seven top 25s. He is accurate off the tee, and if his Hawaiian flatstick can produce for him this week, he should be in contention on Sunday as well.

Marks: Leishman has finished in the top 10 in three of his last five starts. He has what it takes to win here — accuracy with his driver as well as his irons, and his game is on point to start the season.

Marks: Na finished T13 last week at The Sentry, where he gained over 2 strokes on approach each round. There are only two par 5s on this track, so his lack of distance won’t be a huge issue, and his flatstick will keep him in the top 20, if not better.

Marks: Gooch comes in hot after shooting 67 on both Saturday and Sunday last week. He is striking the ball well, but ranks 79th on Bermuda greens — that is the only reason I don’t have him higher than top 20.

Marks: Charles is in charge at Waiʻalae. In fact, this course should be named after Howell. He is 20 for 20 making the cut, has 10 top 10s, and two bridesmaid finishes. No one has made more money here thank CHIII, and he comes in hot after making the cut in five of his last six starts this fall. He’s Top 15 in SGOTT and ATG in that time frame as well.

Marks: Hoge has finished in the top 12 his last two starts at Waiʻalae. Another golfer who thrives on short courses, he just needs to putt better on Bermuda greens to get into the top 20.