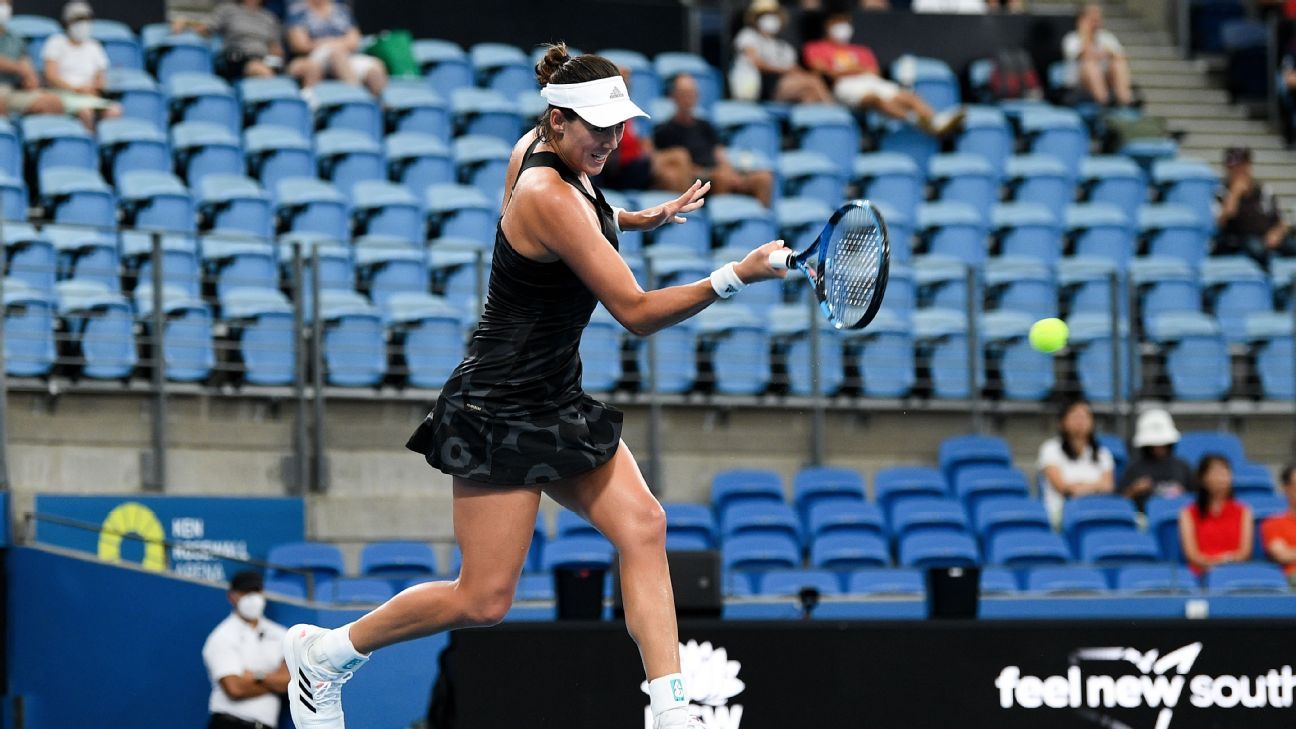 SYDNEY, Australia — Tunisian Ons Jabeur got past Petra Kvitova 6-4 6-4 at the Sydney Tennis Classic on Wednesday for her first win over the two-times Wimbledon champion in four meetings, while Spain’s Garbine Muguruza also reached the quarterfinals.

World number 10 Jabeur, whose most recent defeat to Kvitova came at Cincinnati in August, fought back from a break down in both sets to prevail on Ken Rosewall Arena.

Czech Kvitova heads to next week’s Australian Open hoping to improve on her runner-up finish in 2019 and while she showed glimpses of the power game that can overwhelm opponents she was broken five times by Jabeur.

“Finally, after so many losses against her,” seventh seed Jabeur told reporters. “It’s not easy to return those powerful shots, but I’ve been prepared and I really wanted to win. So I went for it.

“I learned from my losses against her, especially the last one in Cincinnati. To be honest, I’m glad that the court wasn’t super fast. It kind of helped me a little bit.”

Up next for Jabeur is Anett Kontaveit, who beat Romanian Elena-Gabriela Ruse 6-3 6-1.

Two-times major champion Muguruza staved off a late comeback attempt by Russia’s Ekaterina Alexandrova to win 6-1 7-6(4). She next faces another Russian in Daria Kasatkina, who beat Elise Mertens 6-3 6-4.