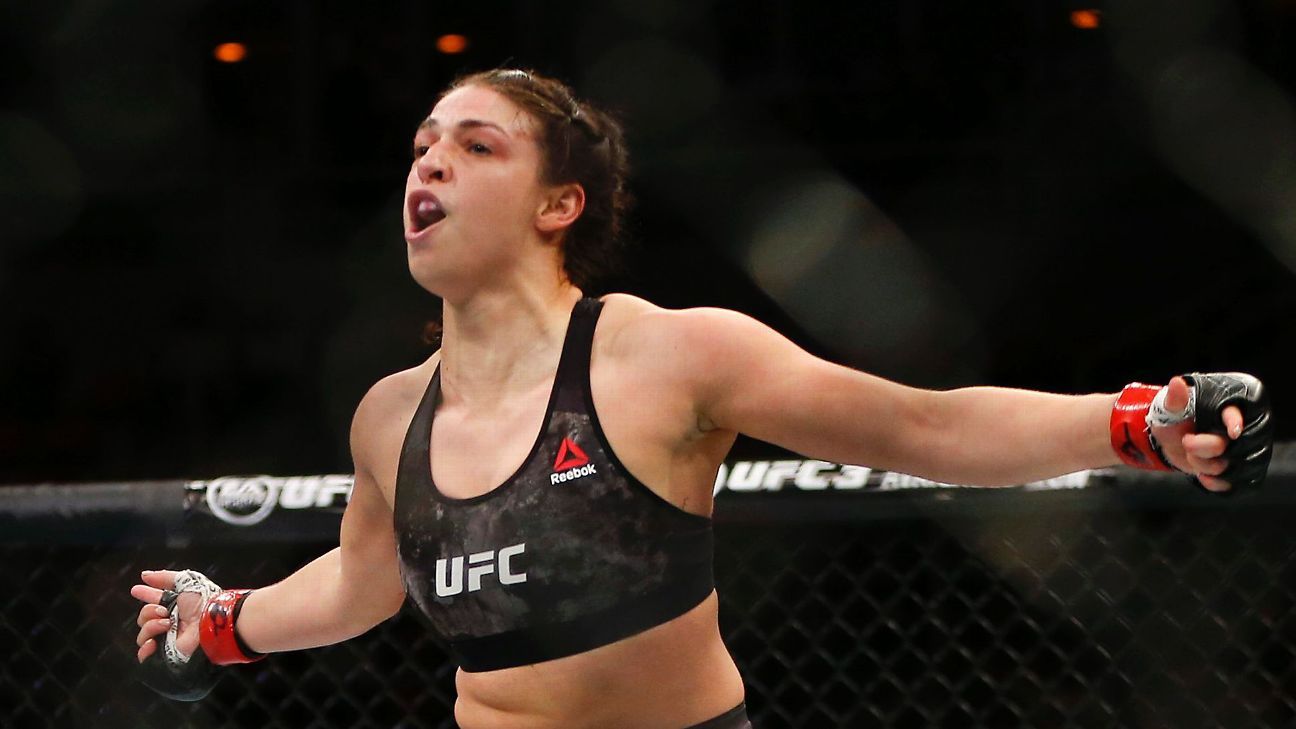 UFC has added a strawweight bout between Mackenzie Dern and Tecia Torres to UFC 273 on April 5.

Torres announced the bout via social media Wednesday, and UFC officials confirmed the 115-pound matchup to ESPN. The promotion has not announced a venue or main event for the pay-per-view.

According to UFC’s official rankings, Dern and Torres ranked fifth and seventh in the strawweight division, respectively.

Fighting out of California, Dern (11-2) suffered a setback in her last bout against surging Marina Rodriguez in October. Before that loss, the submission specialist had won four in a row.

Torres, who fights out of Colorado, has won three in a row since 2020. The 10-year veteran has turned things around after a four-fight skid from 2018 to 2020. Three of those four losses came against women who have won a UFC championship: Jessica Andrade, Joanna Jedrzejczyk and Zhang Weili.