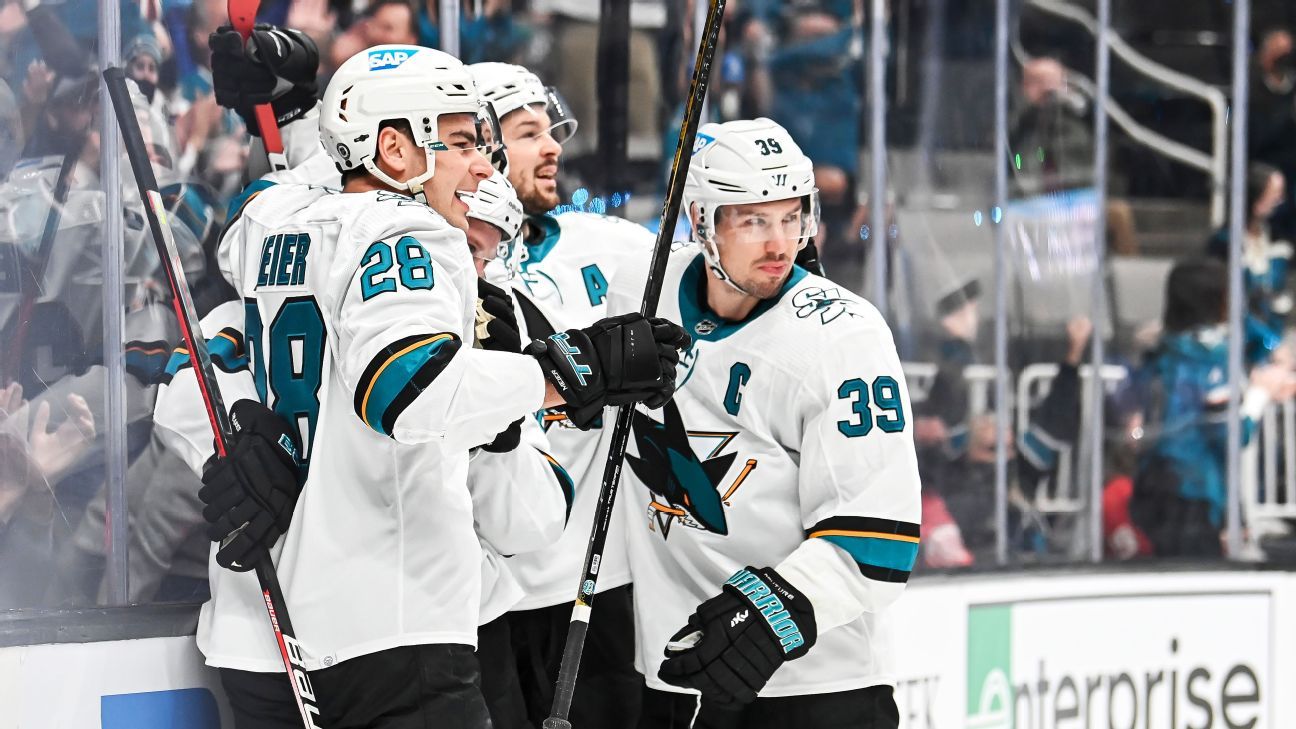 All in all, an eventful return to the lineup following a five-day absence for COVID-19.

Couture scored in overtime moments after a fan threw a fake octopus on the ice, and the San Jose Sharks beat the Detroit Red Wings 3-2 on Tuesday night.

“It’s definitely not something you see every day,” Sharks forward Timo Meier said. “It’s their tradition, but I guess it brought us luck.”

The octopus — a longstanding fan custom in Detroit — hit the ice less than a minute into overtime with play in San Jose’s end. Couture directed the linesman to grab it, and play continued, with the Sharks pushing the puck to the other end.

Brent Burns sent the puck toward the net, and Alex Nedeljkovic stopped it but couldn’t control it. As the puck sat near the goal line, Couture knocked it in for the winner.

“It was weird because the crowd was screaming and yelling,” Couture said. “I looked up and thought it was a jersey, then I saw it was an octopus. Burnzie made a great pass, and I just whacked it in.”

Burns assisted on all three goals for San Jose for the second straight game. He also did it in a 3-2 overtime win in Philadelphia on Saturday.

San Jose improved to 6-0 in overtime this season.

Tyler Bertuzzi and Nick Leddy scored for the Red Wings. Detroit has lost five of six since returning from a 12-day break, with the only win coming last week at home against the Sharks.

“He got us a point,” coach Jeff Blashill said. “He gave us a chance to steal one for sure. He’s had two good starts in a row. Hopefully he can keep building on that.”

The teams traded goals early in the third period with the Red Wings going up 2-1 when Leddy’s shot on the rush beat Hill. The Sharks answered 1:30 later when Viel drove to the net and was pushed by Moritz Seider into Nedeljkovic, allowing the puck to sneak across the goal line.

San Jose then took over from there.

“It wasn’t our best period,” Leddy said. “They did a good job getting the puck in deep and getting on us. We shot ourselves a little bit in the foot at times. We’re a team that needs to do what they did in the third.”

The Sharks scored in the first when Meier converted on the power play. But the Red Wings tied it in the second on a goal by Bertuzzi when they got a two-man advantage thanks to disputed goaltender interference penalty against Tomas Hertl.