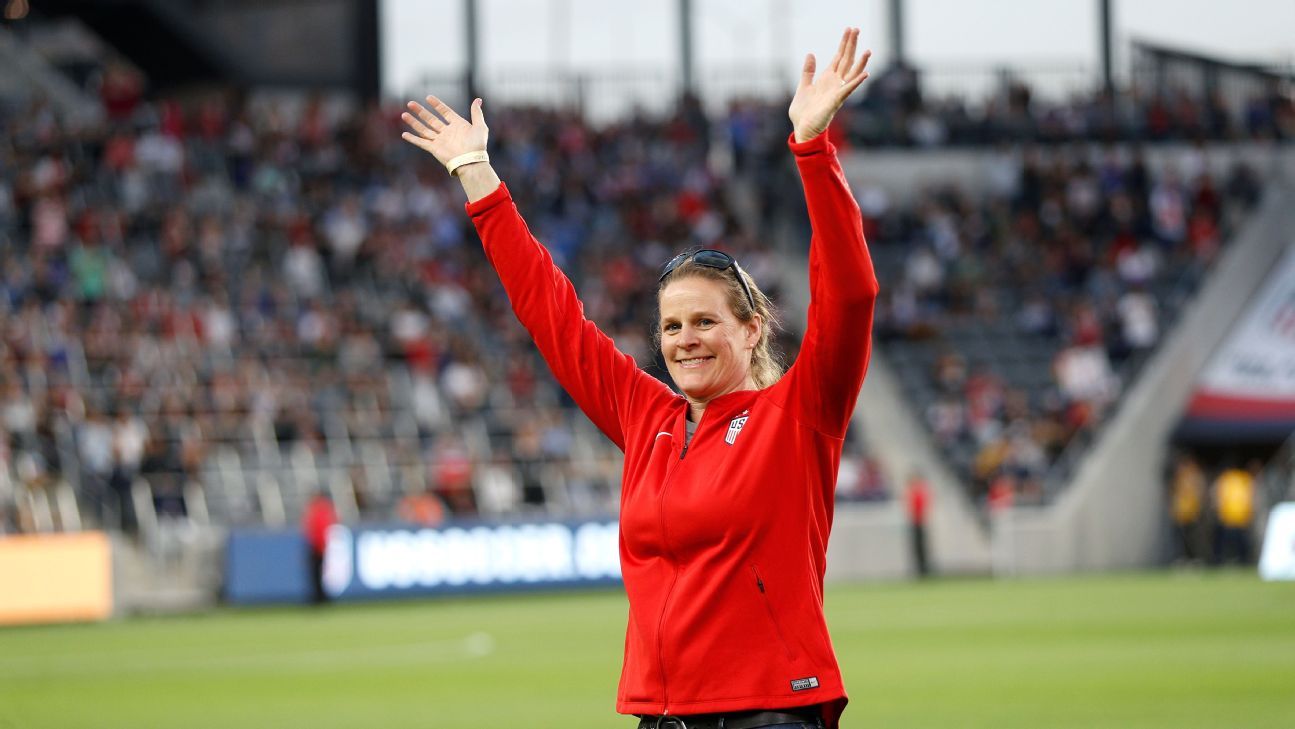 U.S. Soccer Federation president Cindy Parlow Cone, facing a re-election battle from predecessor Carlos Cordeiro, said she feels she is “the right person” to lead the USSF, and that “we need to continue to look forward, not backward.”

Cone’s comments were the first since the USSF announced that she and Cordeiro would be on the organization’s presidential ballot during the USSF’s Annual General Meeting in early March.

“I truly feel that I’m the right person to continue to lead U.S. Soccer at this time,” Cone said during a conference call with reporters. “I think we need to continue to look forward not backward. We have a lot of stability and momentum moving right now. I’m all in, and continue to pour my heart and soul into U.S. Soccer for the next number of years. Obviously, we have faced some tremendous challenges. And I think I’ve led the organization with integrity and honesty. And I took on this role, and I’m running for election because of my love of the game and my belief in the future of the game, and I believe in U.S. Soccer.”

Cone took over as USSF president in March of 2020 when Cordeiro resigned amid a backlash to court filings relating to the equal pay lawsuit filed by members of the U.S. women’s national team. In one filing, the USSF and its lawyers disparaged the players, saying they “do not perform equal work requiring equal skill [and] effort” because “the overall soccer-playing ability required to compete at the senior men’s national team level is materially influenced by the level of certain physical attributes such as speed and strength.”

Cordeiro admitted at the time that he didn’t review the court documents filed by federation attorneys, but took responsibility for the filing’s language. Cone has said she didn’t see the filing either, though she was part of a three-person litigation committee charged with overseeing the USSF’s legal strategy. Cone subsequently took over, and was re-elected while running unopposed in 2021 to finish out Cordeiro’s term.

But amid some dissatisfaction with Cone from the youth soccer and adult soccer constituencies, Cordeiro has decided to run again for his old job.

In announcing his candidacy last week, Cordeiro said: “Extreme budget and personnel cuts — beyond what was required by the pandemic — have made it harder to rebuild for the future. After nearly two years, the current U.S. Soccer leadership has still not resolved the various lawsuits facing the federation…”

Cone made the case for her re-election by pointing to her record.

“I think over the last two years having led our organization through a pandemic, hiring a new senior team be overseeing the largest sponsorship deal in [federation] history, I could go on and on,” she said. “But together with our staff and our board, we’ve made a lot of accomplishments in a very challenging time, and so I’m hoping that the membership we’ll see what we’ve done. Has it been perfect? No, of course not. There’s still a lot of work to do, and we have a lot more that we want to accomplish in that. I would like to have a presidency that’s not constantly battling COVID.”

Cone, along with USSF CEO Will Wilson, spoke on a day in which the USSF reiterated its desire to have the respective unions representing the U.S. women’s national team and U.S. men’s national team agree on “identical” Collective Bargaining Agreements. The terms would include equalization of prize money, with Cone repeating the USSF’s position that no CBAs for either side will be agreed to unless it solves that issue

When pressed on what equalization of prize money actually entailed, both Cone and Wilson were short on specifics, with Cone saying it was “a little premature” to go into details. But when asked if the USSF’s proposals consisted of a set dollar amount or a percentage of prize money, Cone said the USSF was “open to both options, but it’s my understanding that women would not accept an equal percentage. We’re still in talks with both teams.”

“Will there be differences in the contract? Yes, because the teams are different, and they have different needs,” Cone said.

Brazil’s Stefani and Matos win mixed doubles title
Czech pair win Aussie doubles for 7th Slam title
Miami dismisses Gattis as OC after one season
Why we might have to wait until 2024 to see Artur Beterbiev vs. Dmitry Bivol in a must-see matchup
Tommy Paul’s remarkable, under-the-radar run at the Australian Open