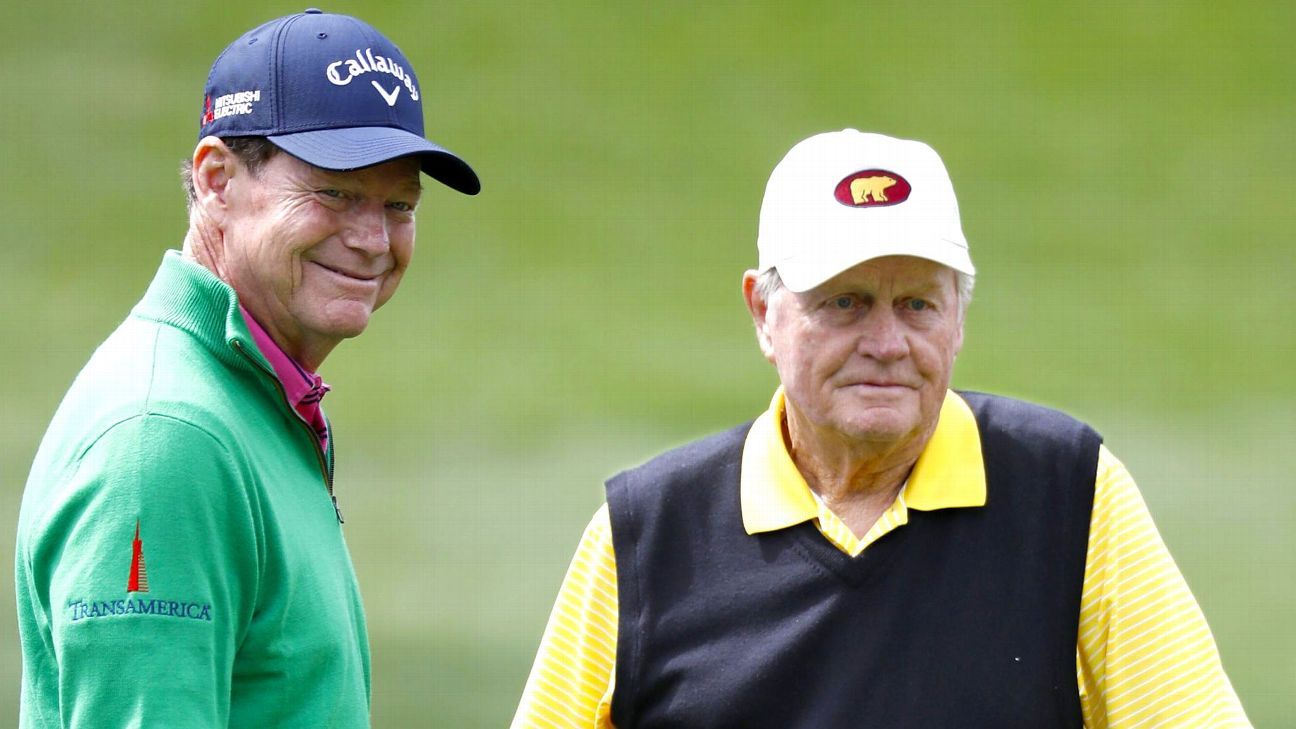 Tom Watson, a two-time winner at Augusta National who ranks sixth all-time with victories in eight majors, will join Jack Nicklaus and Gary Player as honorary starters at the Masters this year.

“I am honored that Tom has accepted our invitation,” Masters chairman Fred Ridley said in a statement on Tuesday. “I look forward to commemorating his love for the game and impact on the Masters with his millions of fans across the globe as he hits a tee shot alongside two of the tournament’s other all-time greats, Jack Nicklaus and Gary Player.”

Watson won green jackets in 1977 and 1981, as well as finishing runner-up three times. His 58 rounds under par at Augusta National rank second only to Nicklaus, and his 72.74 career scoring average on the course ranks fifth all-time.

“Augusta National in April is one of my favorite places to be,” Watson said in a statement. “With the many fond memories of both watching the Masters as a youngster and then competing in the tournament for so many years, I am greatly honored to join my friends and fellow competitors, Jack and Gary, as an honorary starter in this upcoming Masters.

“In both of my victories, Jack was on my heels. And when Gary won his third tournament in 1978, I was there to help him put on the green jacket. Moments like those stand out in my career.”

The Masters has had honorary starters since 1963, when Jock Hutchinson and Fred McLeod began the tradition. Byron Nelson, Gene Sarazen, Ken Venturi, Sam Snead, Arnold Palmer and Lee Elder also have participated in the role.

Elder, who broke down racial barriers as the first Black golfer to play in the Masters, joined Nicklaus and Player as honorary starters last year. He died in November at age 87.