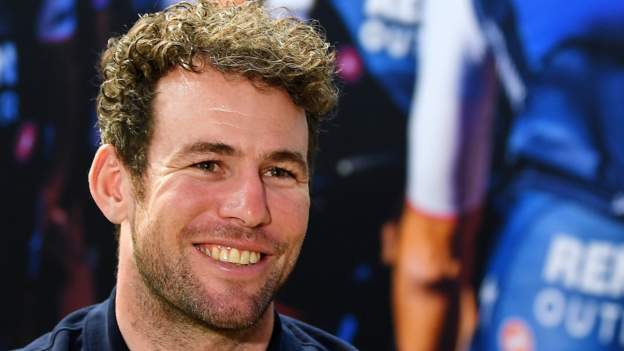 Mark Cavendish says he will “bounce back” from an assault and burglary at his home – and wants to spend more time with his family.

The 36-year-old Quick-Step Alpha Vinyl rider was attacked by armed men during a burglary at his home in November.

Cavendish previously said his wife Peta and their children were threatened “at knifepoint” in the raid.

“You have to bounce back,” he told BBC Sport. “People have had worse setbacks – it’s how you deal with them.”

Cavendish, who won four stages at last year’s Tour de France to equal the record set by Eddy Merckx of 34, has a contract with Quick-Step for 2022 after he made an emotional return last year following a spell there from 2013-2015.

But as he prepared for the new road cycling season on the UCI’s World Tour at his team’s training camp in Calpe, southern Spain, Cavendish said he wanted to spend more time with his family.

“I want to spend more time at home and see my kids grow up. I don’t want to be tired after training rides and I want to be around at weekends,” he added.

“I have plans, but they can’t come to fruition yet as I want to focus on riding. I am fortunate to still ride a bike for a living.”

It is not yet clear if Cavendish will have the chance to compete in this year’s Tour de France, which begins in Copenhagen on 1 July and where he could break Merckx’s record.

Quick-Step chief executive officer Patrick Lefevere said at the training camp: “I don’t know [if Mark will ride this year’s Tour]. I’m not Madame Soleil – I don’t have the crystal ball.

“When he came to the team [last year] he wasn’t on the list to go to the Tour, but he won four stages. It was a miracle.”

Cavendish, who suffered two broken ribs and a collapsed lung in a crash while competing in track cycling in Belgium on 21 November, added: “[Last year] was the most connected I felt in my whole career.

“People have lost a lot [during the coronavirus pandemic], but I have taken so much joy from people – instead of saying ‘well done’, saying ‘thank you’.”