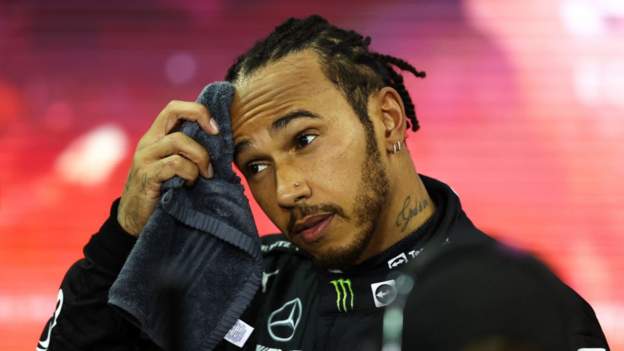 Lewis Hamilton will not decide whether to return to Formula 1 this season until he sees the results of an inquiry into the Abu Dhabi Grand Prix.

Hamilton is “disillusioned” with F1, his Mercedes team boss Toto Wolff has said, as a result of last year’s title-deciding race.

Hamilton lost the championship to Red Bull’s Max Verstappen after FIA race director Michael Masi did not apply the rules correctly in a late safety-car period.

Insiders say Hamilton has lost trust in the governing body as a result.

Mercedes declined to comment on the situation surrounding Hamilton’s future when approached by BBC Sport.

The team and Hamilton are said to be aligned on the issue and waiting to see what action the FIA takes to address the matters raised by the Abu Dhabi race.

The FIA has launched an inquiry into the events at Yas Marina and is aware both of Hamilton’s unhappiness and that it has a big task on its hands to win back the seven-time champion’s confidence.

New president Mohammed Ben Sulayem has said he has contacted Hamilton since his election five days after the Abu Dhabi Grand Prix.

Some senior F1 insiders are concerned that the governing body has not fully grasped the threat to its credibility created by the final race of the season.

It has been a month since the Abu Dhabi race. But when asked about the timing of the inquiry’s findings or what matters it will seek to address, the FIA said it was not yet ready to answer queries.

The FIA admitted in a statement last month that the events of Abu Dhabi were “tarnishing the image” of F1 but also said that it had “generated significant misunderstanding and reactions from F1 teams, drivers and fans”.

Announcing the inquiry, the FIA said it would be done in time for “any identified meaningful feedback and conclusions to be made before the beginning of the 2022 season”.

The first of two pre-season tests starts on 23 February, while the opening race is in Bahrain on 18-20 March.

The future of Masi is in doubt as a result of his handling of the race, which came at the end of a season in which there were repeated concerns among teams and drivers over the consistency of application of the rules.

One senior source told BBC Sport that Mercedes had dropped their appeal against the results of the race after agreeing a quid pro quo with the FIA.

This deal was said to be that Masi and FIA head of single-seater technical matters Nikolas Tombazis would no longer be in their positions for the 2022 season.

Mercedes deny that any such deal was reached, and insist that they dropped their appeal after receiving assurances only that the issue would be treated seriously and appropriate action would be taken by the FIA.

Wolff said last month that Mercedes would “hold the FIA to account”.

He did not clarify how he intended to do that but said he had “confidence, trust and faith” that the teams and drivers could work with the governing body to create a “more robust decision-making process”.

Several senior figures have told BBC Sport that they do not see how Masi can retain his position as race director, but some have cautioned that the FIA is in a difficult position because there is no obvious replacement.

What is Hamilton’s contractual situation?

Hamilton signed a new two-year contract with Mercedes last year, which in theory will keep him at the team until at least the end of 2023.

Mercedes have recruited George Russell, one of the leading lights of the new generation of drivers, as the seven-time champion’s team-mate in 2022.

The likeliest outcome is thought to be that the FIA will take significant action and that Hamilton will return in 2022.

But if Hamilton did decide to step away from F1, it is not immediately obvious who Mercedes would recruit to replace him.

Every major driver is under contract for the 2022 season and it is likely Mercedes would have to seek a deal to buy their chosen candidate out of his current commitments – as they did when they bought Valtteri Bottas out of Williams when Nico Rosberg retired after winning the 2016 world title.

What happened in Abu Dhabi to upset Hamilton?

Hamilton had dominated the Abu Dhabi Grand Prix and was on course to win a record-breaking eighth world drivers’ title when the safety car was sent out when Nicholas Latifi crashed his Williams with five laps to go.

Masi then failed to apply the rules correctly in two different ways.

Normal protocol is to allow either all the lapped cars dotted through the field to un-lap themselves so they do not interfere with racing on the restart, or leave all in place.

But Masi allowed only some of the lapped cars in between the leaders to un-lap themselves – sending the five cars between Hamilton and Verstappen through so they were not in the way, but leaving all the others in place, including the two cars between Verstappen and third-placed Carlos Sainz’s Ferrari.

In addition, Masi ignored a rule that dictates that the race restarts at the end of the following lap after the lapped cars have been removed, and restarted it a lap early.

That lap was the last racing lap, and Verstappen used the extra grip of his fresh tyres to pass Hamilton, win the race and take his first world title.

An initial appeal by Mercedes against the results of the race was rejected by stewards that night. The team gave notice of their intention to appeal against that decision but withdrew that notice after three days of talks with the FIA.

Wolff has accused Masi of “a freestyle reading of the rules [that] left Lewis like a sitting duck”, adding: “Robbing him in the last lap of the race is unacceptable.”

But he has also said that there is a bigger problem for the FIA to solve than just finding a new race director.

“It’s not only a decision to change the race director; the whole system of decision-making needs to be improved,” Wolff said. “The race director is certainly under big pressure and some of that is due to our own faults.”

One major change expected as a result of Abu Dhabi is for team principals to no longer be allowed to contact the race director during a grand prix.

Both Wolff and Red Bull’s Christian Horner lobbied for actions that favoured their teams in the course of the race, as has become normal practice in recent seasons.