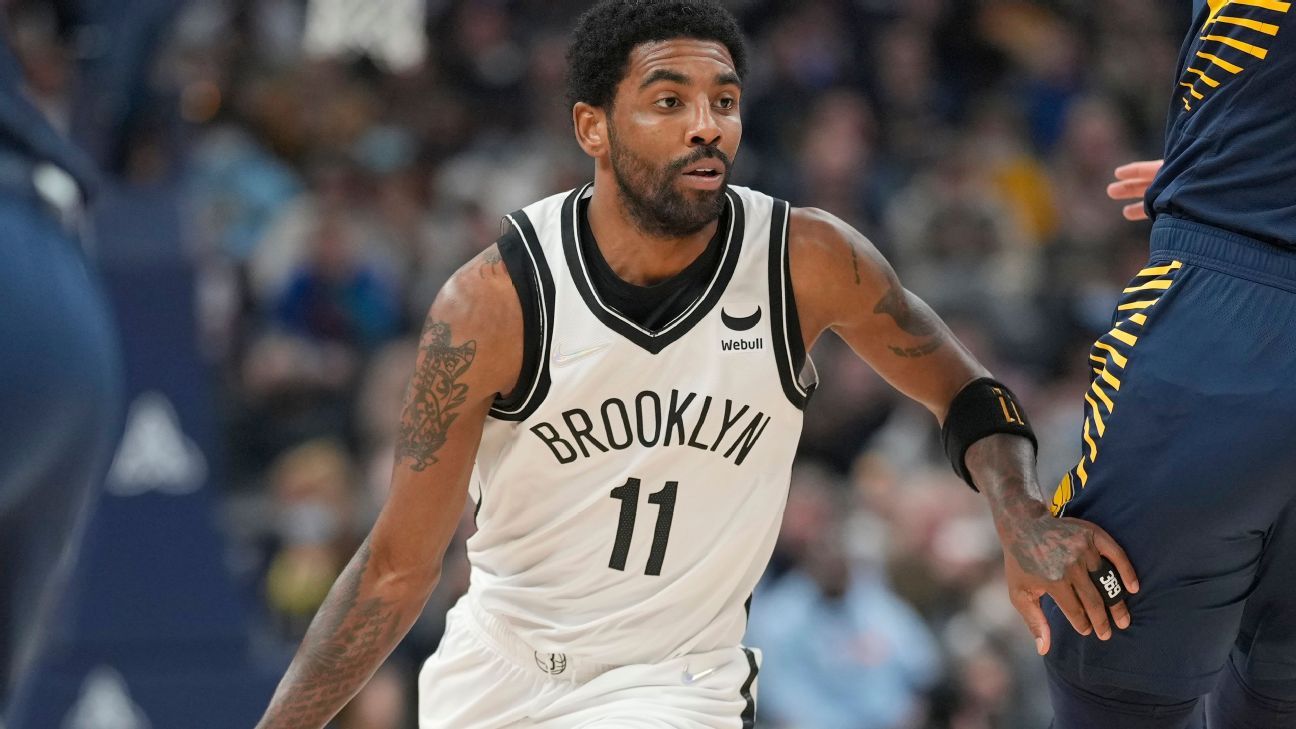 “Kyrie is just, he’s a wizard, man,” Billups said before Monday’s game against the Nets. “He’s must-see TV. I personally think, as somebody that played the position, I think Kyrie’s the most skilled player that’s ever played that position. Just straight skill. Nothing else. Just straight skill. I think he’s the best that I’ve ever seen at the position, skill-wise. So, obviously, he gives you a ton when he’s playing.”

Billups’ remarks came in response to a question about just how much different the Nets become when Irving is on the floor. Monday marks just the second game all season that Irving, who is not vaccinated against COVID-19, has played in.

Irving, 29, was not with the Nets to start the season because they decided against having a part-time player in the wake of New York City’s vaccination mandate. The organization reversed course last month after a COVID-19 outbreak made its way through the team. Irving returned last Wednesday in a win over the Indiana Pacers, showing flashes of being the dominant offensive force he has always been.

“His shot-making is incredible,” Billups said. “He’s a better passer than people give him credit for. He’s obviously a willing teammate. He’s not just all about Kyrie. He passes the ball. He’s a champion. He brings championship pedigree to the table. I think he hit maybe the biggest shot that I ever seen in NBA Finals history, that I seen.

“So he brings all of those things to you and now without him, what a luxury, you still have two guys [in Kevin Durant and James Harden] that have been the MVP in this game and have carried teams a long, long way. So they do a really good job of playing well together, when they’re all three together, they know how to delegate their roles as good as anybody that I’ve seen. So it’s a very unique situation, obviously, they’re figuring it out.”

“It’s hard to argue,” Nash said. “There’s others in the conversation, obviously. Steph [Curry] is incredibly skilled but just so deadly from long range in a variety of ways. But just as far as the ballhandling, the movement, getting to his spots and shooting at all three levels, around the rim, he’s off the charts. Getting to the midrange, he’s off the charts. He’s excellent from deep as well.”

As much as Billups respects Irving’s game, it’s notable that the longtime player, and now coach, believes that it will be difficult for the Nets to ultimately find their rhythm with Irving able to play in only most road games — for now.

“I just think it’s going to be tough,” Billups said. “Obviously, when you got the two dudes that they have [in Durant and Harden] minus Kyrie, there’s a chance that it can work anyway … they’re doing a good job of just kind of understanding and knowing that they’re almost going to be like two different teams. When Ky is there, and when he’s not. And the good luxury that they have is that they can be a great team — both teams are great teams.”