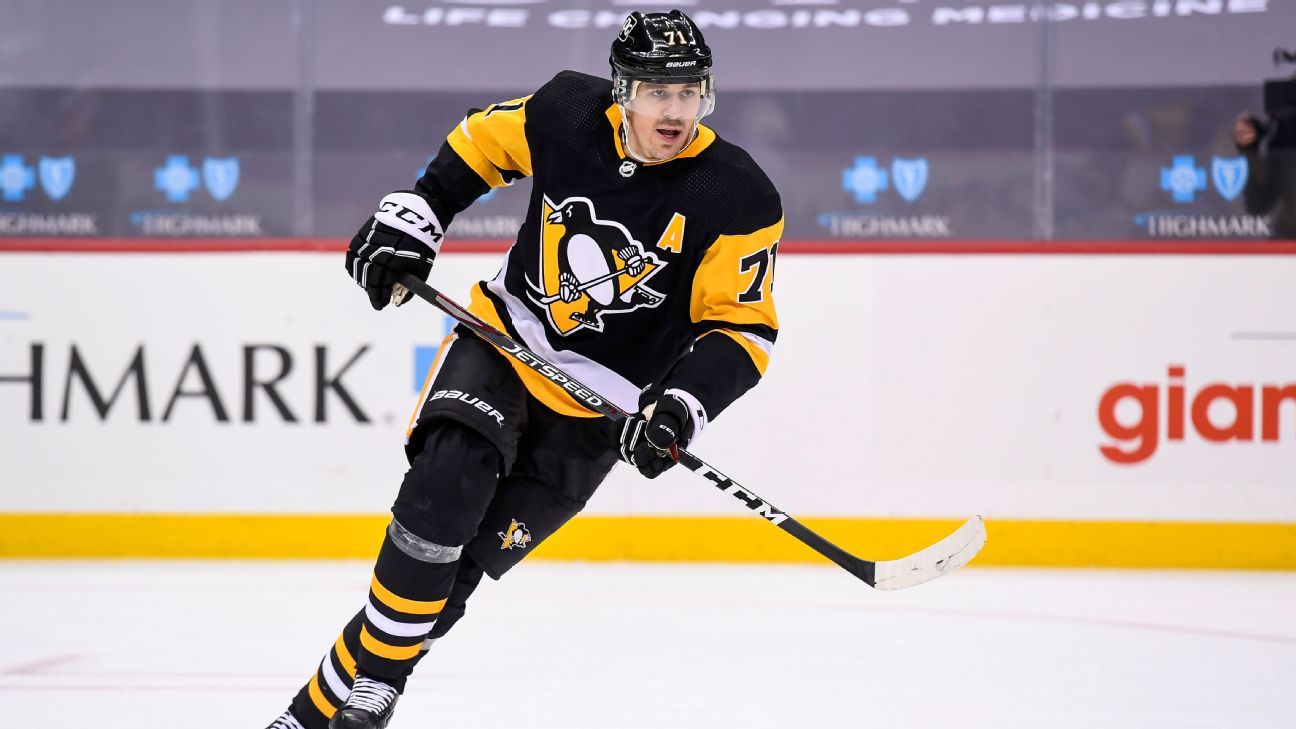 Coach Mike Sullivan said Monday that he anticipates the four-time All-Star and 2012 Hart Trophy winner will be a game-time decision as Pittsburgh continues its West Coast swing.

Malkin, 35, hasn’t played since undergoing right knee surgery in June. Malkin has been skating with his teammates for several weeks and was cleared to start taking contact recently. He was a full participant in practice on Monday, and he worked with the top power-play unit and centered the second line between Jeff Carter and Kasperi Kapanen.

“We try to check all the boxes as far as the preparation process,” Sullivan said. “He’s worked extremely hard to get to this point.”

Malkin had surgery in June, with the team saying he would miss “at least” the first two months of the season. Sullivan stressed Malkin is still in the middle of the team’s recovery time frame even with the season now three months old.

The Penguins have thrived even with Malkin out. Pittsburgh sits in fourth in the highly competitive Metropolitan Division and had a 10-game winning streak snapped over the weekend in Dallas.

Malkin’s presence, however, could give the NHL’s 22nd-ranked power play a boost.

“I just think he adds a whole other dimension to it,” Sullivan said. “His playmaking ability, his one-timer. He’s just such an elite offensive player, just the way he thinks the game and his ability to execute, I think it brings another dimension to our power play that makes us that much harder to defend against.”

Malkin is in the final season of an eight-year, $76 million contract and is coming off an injury-marred season in which he managed a career-low 28 points in 33 games.

Rivers, Bamba throw punches; 5 ejected in brawl
From pranks to bonding among the NFL’s elite, Pro Bowl Games are about making memories
Mitchell rips Brooks after scuffle: ‘This isn’t new’
S.C. bans 3; freshman held on weapons charge
Serrano is headed to Ireland, Baumgardner has plenty of options and Ali continues to improve