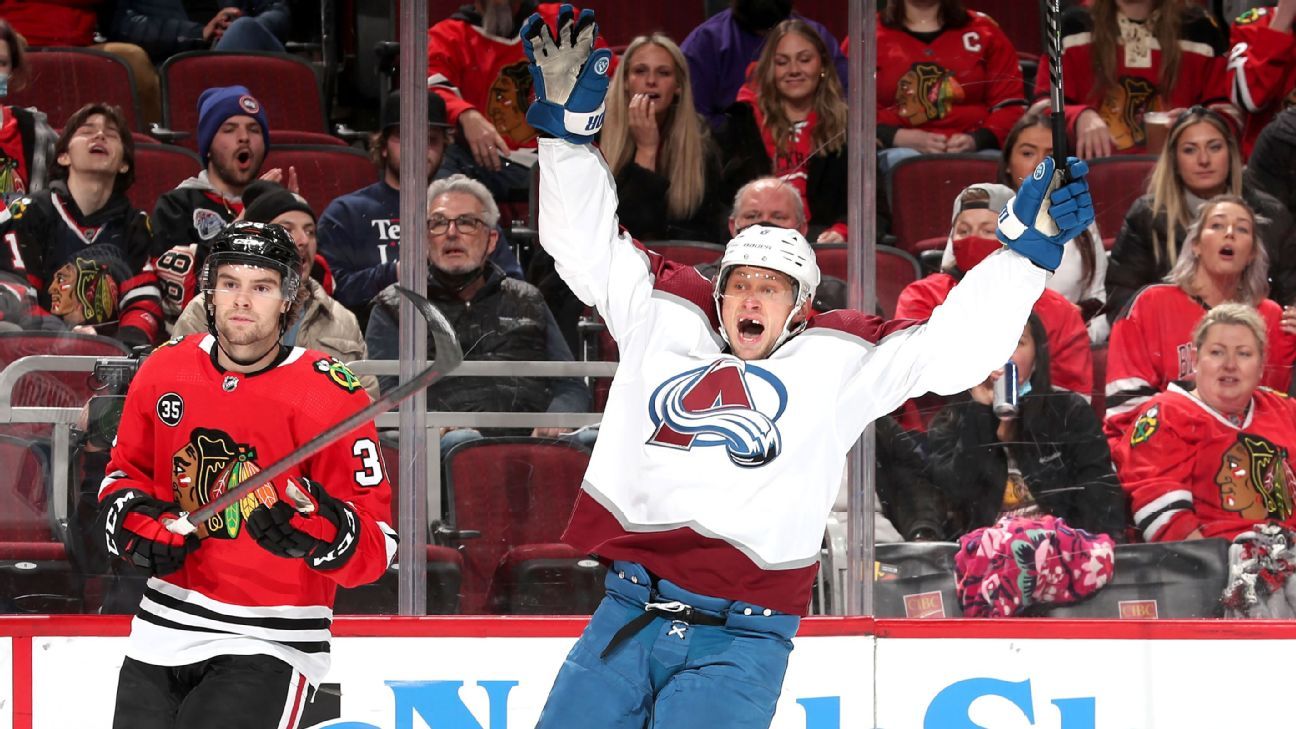 The NHL went dark from Dec. 22-27, thanks to both its scheduled holiday break and a COVID-19 outbreak forcing the postponement of games. When the teams returned to the ice, they apparently decided to apply all the goals they saved up over the pause to their most recent games.

The primary explanation for this trend was that aforementioned COVID outbreak. Rosters were ravaged by absences, including some cases where teams played their third or fourth-string goaltenders. Systematic defensive teams were suddenly playing firewagon hockey. It was fun!

But as the players return from the COVID protocols – and return faster, thanks to the NHL shortening its isolation period – the rosters are getting back to some level of normalcy. Is the scoring trend holding?

What this scoring explosion has done is push the league offensive average back into an upward trajectory. Through 543 games, teams are averaging 3.04 goals per game, up significantly from the 2.94 goals per game it had in 868 games during last season’s 56-game intra-divisional season. That average marked the first time in four seasons that offense didn’t increase year over year in the NHL. If that 3.04 goals per game average somehow holds, it would be the highest in the NHL since the 2005-06 season (3.08), which followed the cancellation of the 2004-05 season.

NHL teams have made their share of partnership deals with sportsbooks in the last two years. The Arizona Coyotes went one step further last week: They helped announce the launch of a new digital betting platform in Arizona, complete with a press release from their team president.

And why not: Their owner is the one behind it.

There isn’t another team in the NHL with this kind of close relationship with a sportsbook.

“It’s Alex and his vision of how to take his assets and immerse the entire fan base and customer base into a platform,” SaharaBets president Andrew Patterson told ESPN last week. “With sports betting being legal in the state of Arizona, that’s where we’re looking to start: Offering Coyotes fans and Arizona fans the opportunity to engage with players or the team or experiences outside of the state. It’s about blending those assets.”

For now, that means marketing directly to Coyotes fans with offers that include Meruelo’s properties, ranging from travel packages and credits to contests involving NHL events in cities like Las Vegas. (Where, incidentally, the NHL All-Star Game is scheduled next month.)

Patterson said the end game for this partnership could be a one-stop-shopping integration of fan experience technologies: Coyotes fans getting their tickets, buying their concessions and making their wagers all on the same app. But he cautions that due to various regulations on digital sports betting, that’s a ways off.

“When you look at it long-term, as digital becomes more prominent, building a digital platform is ultimately what we see. Customers can engage in multiple verticals in a single account,” he said.

SaharaBets has a financial agreement with the Coyotes. Patterson wouldn’t go into financial specifics, but said it was for the rights to the assets.

Coyotes president Xavier A. Gutierrez said the partnership “will offer next-level gaming experiences for fans.” What did that mean?

“Unique pricing, unique markets. We have the benefit of the Coyotes as a partner to push us in those directions, while other operators don’t have those relationships and the captivated audience that we’d have in hockey bettors,” said Patterson.

He admitted that the NHL is “the smallest amongst the big four sports,” but that he’s “really excited for where hockey betting is going,” especially when it comes to technology. The NHL’s official wagering rights deals include live-streaming capabilities, and Patterson sees more wagering and engagement when they get rolling. It’s all about offering more opportunity.

“It’s about finding new opportunities to engage the fans. With the NHL’s official data rights coming directly from the stadium, with puck tracking capabilities, those are things that will only drive excitement to games. It’s just difficult to quantify, in terms of creating pricing and odds on all of this stuff,” he said.

Specifically, he sees growth in micro-market wagering on things like shot speed and the location of goals. To that end, SaharaBets’s partnership with the Coyotes and their fans can offer clarity on what props to focus on.

“Engaging with hockey bettors that are dedicated to the sport and the team, they will find unique propositions and offerings that’ll drive us,” said Patterson.

Boston Bruins and the over: The Bruins hit the over just 42.3% of the time until a recent run that’s brought it up to 48.4%. Boston has hit the over in four of its last five games, scoring five goals in three of those games. But we’re going to call this one a trick, especially with the Bruins likely getting back to their identity as a defensive team once goalie Tuukka Rask rejoins them within the next two weeks.

Jonathan Marchessault and the shot total: The Vegas Golden Knights forward has been one of the League’s most prolific shot producers since the NHL pause, averaging 15.4 shots per 60 minutes in six games. He cleared 2.5 shots on goal in five of those games. We’re tempted to call this a trick because 10 of those shots came on the power play, which is a variable. But he’s hit the over in 11 of his last 14 games, so we’ll call this a trend.

Blue Jackets in the first period: As mentioned, the Columbus Blue Jackets are among the best teams in the league in having games clear the over this season. Their games average 6.67 total goals. Does that scoring trend extend to the opening period? According to Chris Otto’s tracking, the Blue Jacket’ games are averaging 1.88 total goals in the first period, good for sixth overall this season. The first period over has his in 23 of 33 games (69.7%), but the stunner is their last 10 games in which the first-period over has hit nine times. While some of this wildness can be chalked up to two stabilizing forces – goalie Elvis Merzlikins and defenseman Zach Werenski – missing significant time in the last few weeks, we’re calling this a trend based on what we’ve seen from the Jackets overall this season.