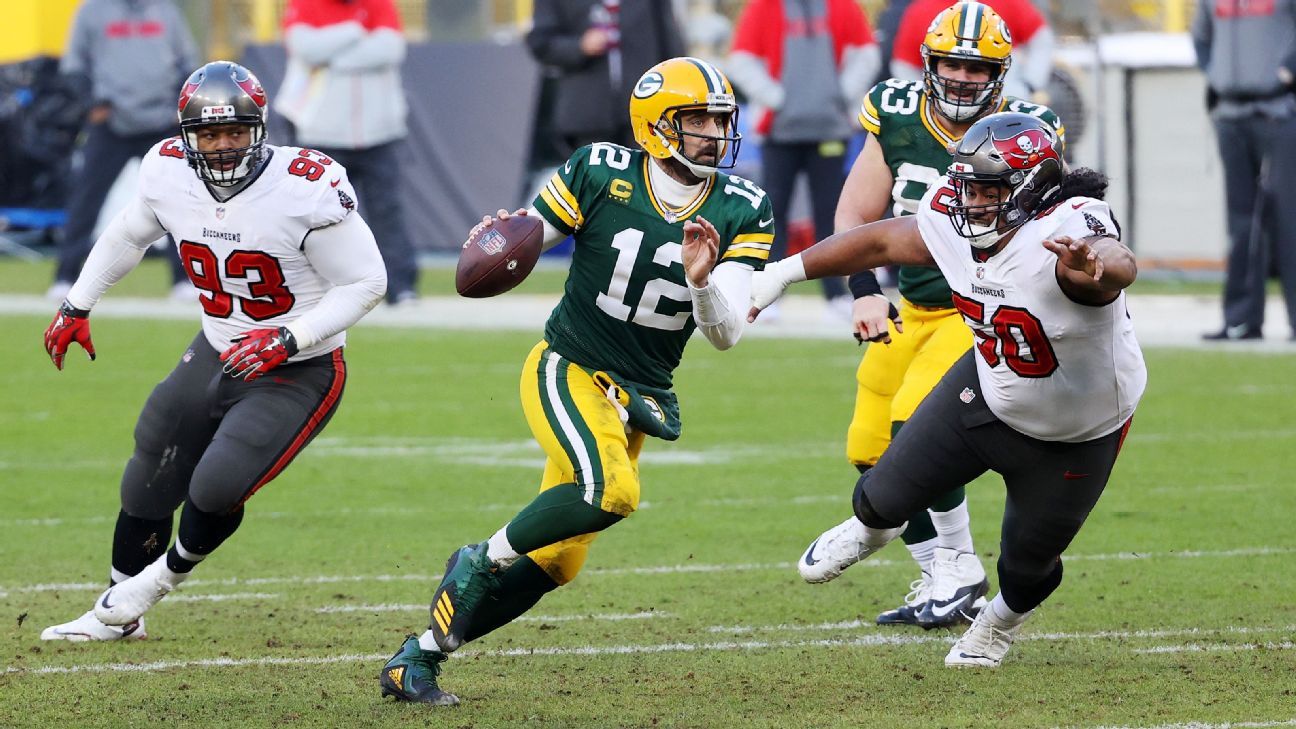 The early schedule for the wild-card round of the 2021 NFL playoffs is out, and the Green Bay Packers (NFC) and Tennessee Titans (AFC) are the teams that get byes. Among the interesting matchups for the first round: Tom Brady and the Tampa Bay Buccaneers taking on the Philadelphia Eagles, and the Dallas Cowboys reigniting a classic rivalry with the San Francisco 49ers.

Wild-card weekend will feature games on Saturday, Jan. 15; Sunday, Jan. 16; and — for the first time — Monday, Jan. 17. The game on Monday will air on ESPN, ABC and ESPN+. The divisional round will take place over Jan. 22-23 and include four games that will determine who moves on to the conference championships on Jan. 30.

Here is what we know about the AFC and NFC brackets, including seeding, TV times and the schedule of games from wild-card weekend up through Super Bowl LVI, which will take place on Sunday, Feb. 13, from SoFi Stadium in Inglewood, California.

There will be four divisional-round games, two on Saturday, Jan. 22, and two on Sunday, Jan. 23. Game times to come at a later date. What we know so far:

The NFC and AFC championships will be played at the homes of the highest remaining seeds for each conference.

Super Bowl LVI will be played at SoFi Stadium in Inglewood, California, on Sunday, Feb. 13. The game will air on NBC. Dr. Dre, Snoop Dogg, Eminem, Mary J. Blige and Kendrick Lamar will perform during the halftime show.