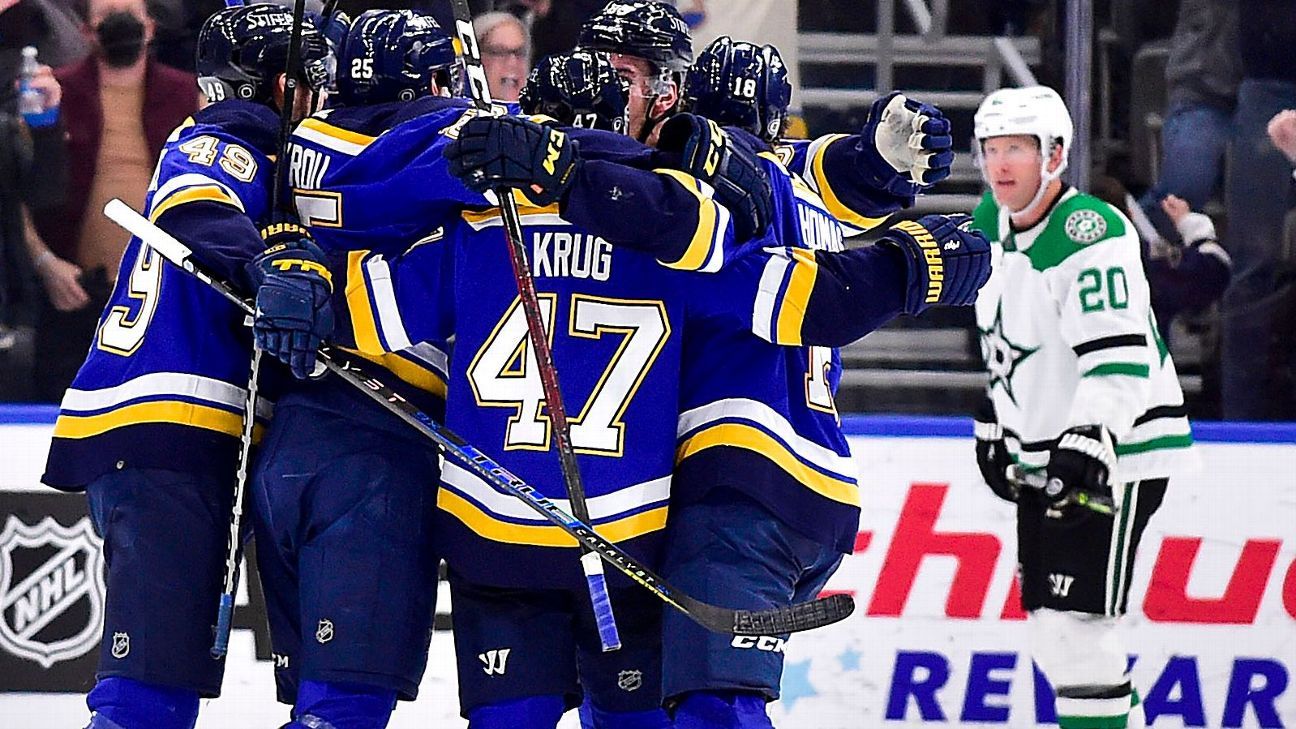 Dallas Stars coach Rick Bowness grabbed a stick and angrily slashed it around the bench twice, having watched the St. Louis Blues rally with two power-play goals in the last minute of regulation while getting the benefit of some questionable officiating on Sunday.

Bowness was chiefly frustrated by a missed penalty call on Blues forward Brayden Schenn, who grabbed the stick of Stars defenseman Miro Heiskanen and tripped him up before O’Reilly’s tying goal with 47 seconds left. After being taken down and before the goal, Heiskanen slashed Kyrou and received a delayed penalty. St. Louis scored the game-winner on the ensuing power play.

“If you’re watching the game, you saw what happened. They clearly pulled Miro down. Clearly grabbed his stick and pulled him down. That’s my opinion. They got lucky,” Bowness said.

O’Reilly scored with Stars defenseman Jani Hakanpaa in the penalty box for a hooking infraction that he took with 1:52 remaining in the third period. Since Heiskanen’s delayed penalty was called while the Stars were short-handed, Hakanpaa left the penalty box after the O’Reilly goal, only to be replaced by Heiskanen for having slashed Kyrou.

As fate would have it, Kyrou scored the game-winning goal with 29 seconds left in regulation by banking the puck off of Hakanpaa and into the Dallas net.

“It was just mayhem,” O’Reilly said.

Bowness praised the work of St. Louis goalie Jordan Binnington (26 saves) in keeping them in the game. “He gave them a chance to win. They took advantage of the breaks they got at the end of that game,” he said.

The loss ended a four-game winning streak for Dallas. It was the fourth win in five games for St. Louis.