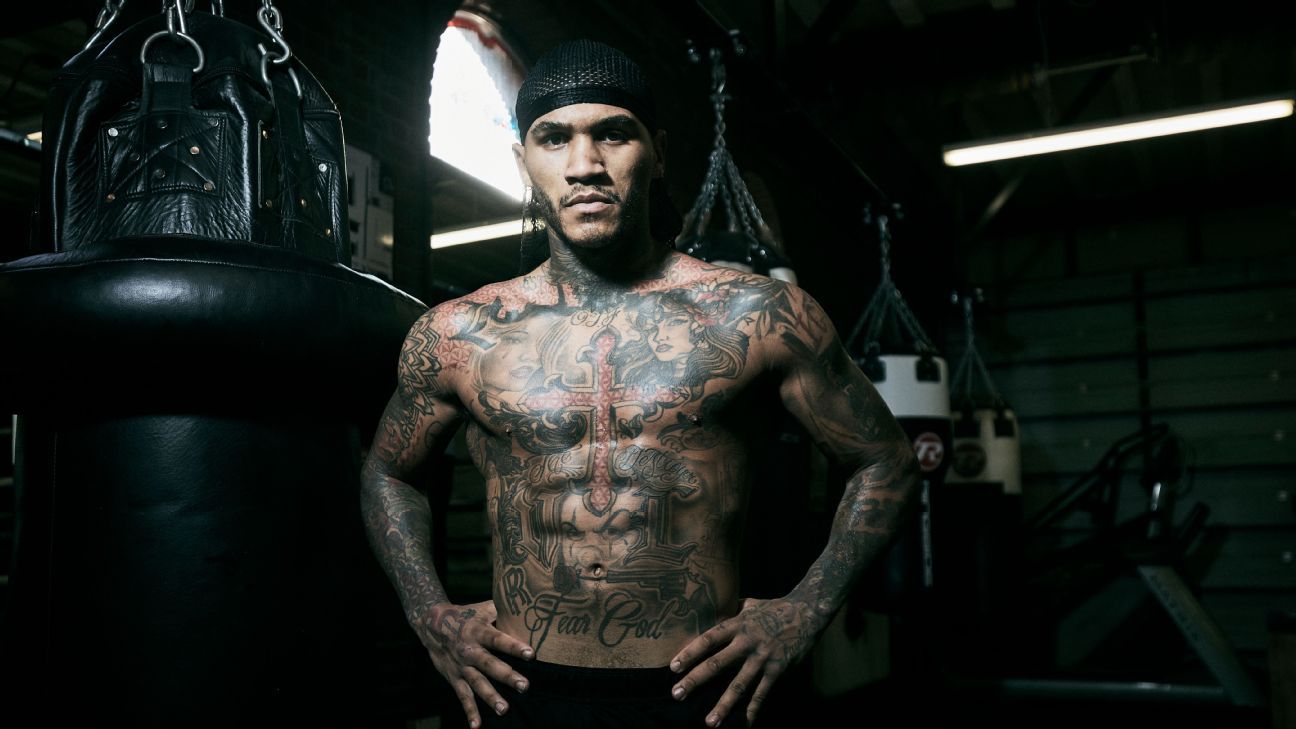 Boxing’s welterweight division has arguably become the most competitive weight class, and Conor Benn, another exciting contender, wants to take on the world’s best in 2022.

Even with the quality in opposition, England’s unbeaten Benn (20-0, 13 KOs), 25, told ESPN he is ready for his first world title shot this year.

“I don’t believe I need a couple more fights, if they offered me Ugas next I would take that fight,” he said. “I know what I’m capable of and what I’ve been doing in the ring proves it. You have to remember it’s not just that I’ve beaten these opponents that I have but the ease and how I’m beating these opponents.

“When you do the comparisons with the world champions they fought prior to me and I’m dealing better with them than they did so you can use that as a benchmark. I fancy my chances against any of them. I’ve defended my title [the fringe WBA Continental] six times now and I was ranked top five before the Algieri fight so I should be top three with the majority of the governing bodies soon.”

Benn added: “The top five [in the welterweight division] in my opinion would have to be Terence Crawford, Errol Spence, Vergil Ortiz, Ennis, and then Ugas. Ortiz is an animal, he’s one of those exceptional fighters who can bang with both hands, the complete fighter.

“I will fight who ever they put in front of me next… Adrien Broner, Mikey Garcia, Danny Garcia, I like the sound of all of those fights, they are big names in America so it would be good for my PR in America. But the world title is the end goal and I would love the Ugas fight.”

Meanwhile Crawford (38-0, 29 KOs), 34, from Omaha, Nebraska, lies in wait for a potential clash to decide the undisputed world champion, which is one of the biggest fights to make in boxing this year.

If Benn finds himself locked out of the title shakedown this year, there are other names being talked about according to his Matchroom promoter Eddie Hearn.

“Broner would like a fight before because he is on a new crusade of seriousness where he wants to have one last run at it,” Hearn said.

“He says he’s ready for Conor Benn, but wants to fight in March if possible. If not two names we like are Robert Guerrero and Maurice Hooker at The O2 [in London]. It will be one of those three names most likely.”

“It’s all over in an instant.” 👀@ConorNigel put Chris Algeri out with a perfect 1-2. #BennAlgieri (via @DAZNBoxing)
pic.twitter.com/5ddoomqJlS

Benn is in the right form to step up in class after the ruthless four-round demolition of former world champion Chris Algieri in December, which followed wins over Adrian Granados (a unanimous points victory) and Samuel Vargas (who he beat in a first round stoppage) earlier in 2021.

Benn floored American Algieri in the second round before stopping the American with a right hook. Algieri had previously won four on the trot since lasting five rounds with Spence in 2016; he also went the distance in a 12-round points loss to Manny Pacquiao in 2014.

“Mentality, I have grown up, applied myself 100% to the sport and I’ve worked graveyard shifts. I’ve worked so hard, even when I had injuries like when I tore the tendons in my hand twice, I broke my jaw and while I had those injuries I was able to learn and grown and evolve and work on key fundamentals.

“It comes from experience and maturity, your man strength comes in. You can’t rush nature and it all pays off in the end. It didn’t pay off instantly but it’s paying off now and it will continue to pay off. My boxing IQ and ring generalship, knowing my way around the ring, has improved.”

Benn, who grew up in Australia and Spain but is now based in Essex, England, has risen to No. 5 in three of the world governing body rankings.

A logical step for Benn would be to challenge the winner of the Feb. 19 clash between English rivals Kell Brook and Amir Khan, who are both 35, but he doubts he will face one of the two former world champions.

“I can’t see either of them fighting me, more chance of Brook maybe,” Benn said.

“Brook-Khan is 50-50, ten years happening after it should have, but I think my money would have to lean towards Brook. Khan, all it takes is one punch, and Brook is a good finisher and accurate fighter.”

Instead, Benn is concentrating on other targets as he seeks to build on the momentum of last year.

Living up to the hype of his recent form, and bold declarations, is not a problem for Benn. The Essex-based boxer has had to deal with the pressure of being the son of one of Britain’s most popular boxers, Nigel, who won world middleweight and super middleweight titles in the 1990s and was involved in epic fights with the likes of Chris Eubank and Gerald McClellan.

“I just have to keep winning, if I’m spoken about or not,” Benn said.

“I couldn’t have planned this out, it was just meant to be. I’ve just run with it and the doors have opened and I’ve walked through them. I didn’t let any fear, anxiety, concern, worry hold me back, I’ve gone straight through that door.

“It’s not an easy thing to deal with [the pressure of being the son of Nigel Benn], but you learn to, it makes you stronger, coping with the pressure and you get used to it, it’s my job.”