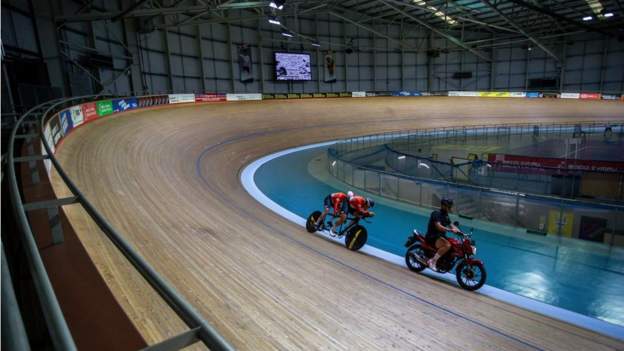 The 2022 British Track Cycling Championships have been postponed until March because of Covid-19 restrictions in Wales.

The event was due to take place at the Geraint Thomas National Velodrome of Wales in Newport from 27-30 January.

But it has been put back to 3-6 March after the Welsh government extended current Covid-19 regulations.

The rules were introduced in December in an attempt to limit the spread of the Omicron variant.

British Cycling said restrictions “mean that delivering the event would have required strict controls on rider movements and significant changes to the event schedule, severely diminishing the event experience for all”.

The national championships are open not only to the nation’s Olympic stars but also to amateur and club riders with required qualifying times.

Therefore they cannot be granted the same elite status as some other sporting events, meaning some riders would be denied the opportunity to compete as it stands.

The championships are usually staged in Manchester but had been moved to Newport this year as the National Cycling Centre undergoes major renovations.