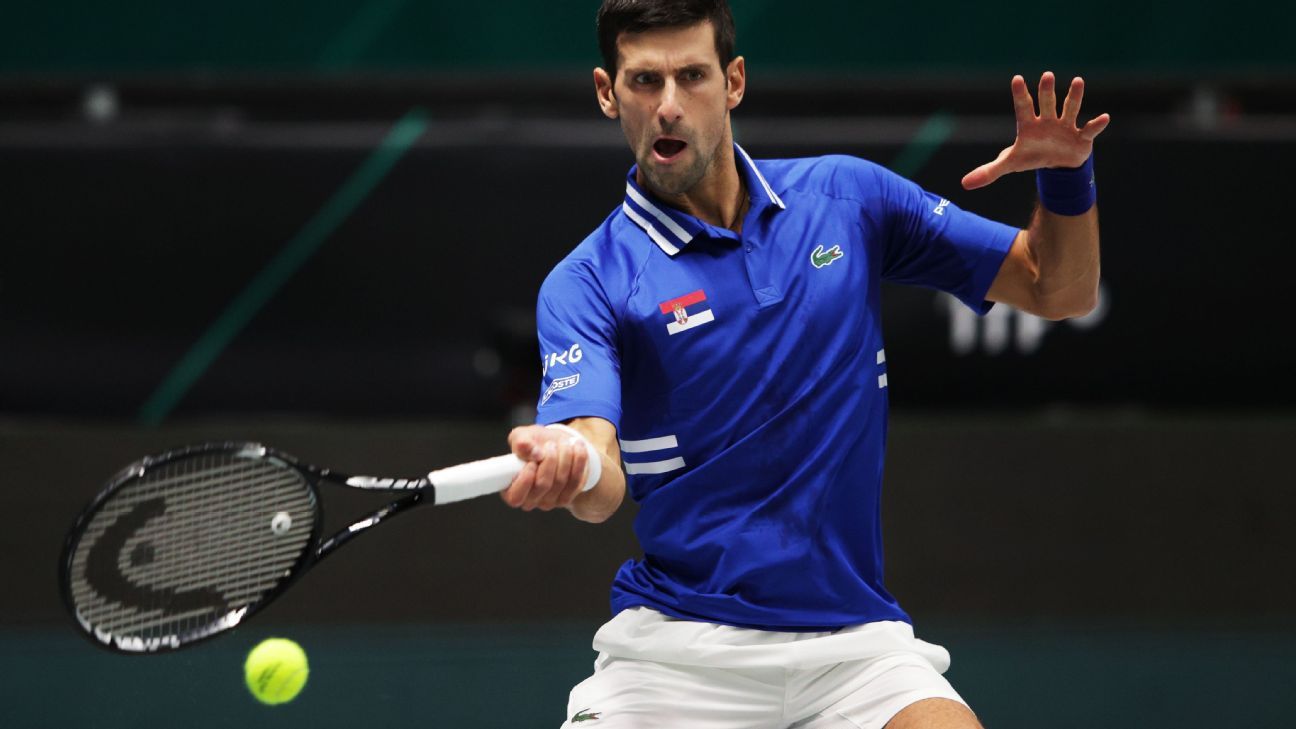 BELGRADE, Serbia — Novak Djokovic‘s parents joined a protest rally Sunday in downtown Belgrade with their son still in an Australian immigration detention hotel as fans of Djokovic in Serbia nervously awaited a crucial court hearing that could decide whether he can play at the Australian Open.

The virtual hearing in Melbourne, with Djokovic appealing his visa cancellation, comes amid a growing public debate over his positive coronavirus test that his lawyers used as grounds in applying for a medical exemption to Australia’s strict vaccination rules.

The top-ranked Serb, who hopes to defend his title at the Australian Open and win a men’s record 21st Grand Slam singles title, was denied entry when he arrived at Melbourne’s airport on Wednesday and was awaiting the court hearing to challenge his deportation.

The hearing will take place at 10 a.m. local time Monday (6 p.m. ET Sunday) in the Federal Circuit and Family Court of Australia.

The Australian Open begins Jan. 17 — just a week from his court date.

The case has polarized opinions around the world and elicited heartfelt support for the tennis star in his native Serbia.

“Today is a big day. Today, the whole world will hear the truth,” Djokovic’s mother, Dijana Djokovic, told the crowd in downtown Belgrade.

“We hope that Novak will come out as a free man. We send great love to Novak. We believe in him, but also in the independent judiciary in Melbourne,” she said.

Djokovic’s father, Srdjan Djokovic, said, “This is happening because we are only a small part of the world, but we are proud people.

“They can’t break us. Novak is the personification of freedom, everything human that one man contains in himself. Shame on them!”

Dijana Djokovic said the conditions in the hotel in Melbourne where Djokovic is staying are “not humane.”

“He doesn’t even have breakfast,” she said. “He has a wall to stare at and he can’t even see a park in front or go out of the room.”

Australian officials initially said Djokovic, a vocal skeptic of vaccines who has refused to say whether he has gotten the COVID-19 shot, would be given an exemption to stringent vaccine rules by state authorities and be able to participate in the Australian Open. But when he landed, his visa was canceled by federal border officials.

The exemption request said Djokovic’s first positive test was Dec. 16 and, on the date of issue, it said the 34-year-old player “had not had a fever or respiratory symptoms in the past 72 hours.”

Social media is swamped with questions over Djokovic’s whereabouts after the alleged positive COVID-19 test amid a surge of the pandemic.

Djokovic attended two public events on Dec. 16 in Belgrade, as well as a Dec. 17 event in the Serbian capital honoring young tennis players. The event was covered by local media, and parents posted photos on social media showing Djokovic and the children not wearing masks. It’s not clear whether Djokovic knew the results of his test at the time.

Days later he was shown playing tennis in a park in front of his apartment in Belgrade.

“Legally, Djokovic doesn’t have to explain what happened [after his positive test] but it would be very good for his reputation here and the whole world,” Sasa Ozmo, a Serbian sports journalist, told the N1 television channel.

Beterbiev stops Yarde for 19th straight knockout
What do teams have to give up for Sean Payton? Our reporters spell it out
Who will go to the Super Bowl? Our guide — including picks — for 49ers-Eagles, Bengals-Chiefs
Islanders fill ‘a need,’ snare Horvat from Canucks
Georgia’s Bennett arrested for public intoxication