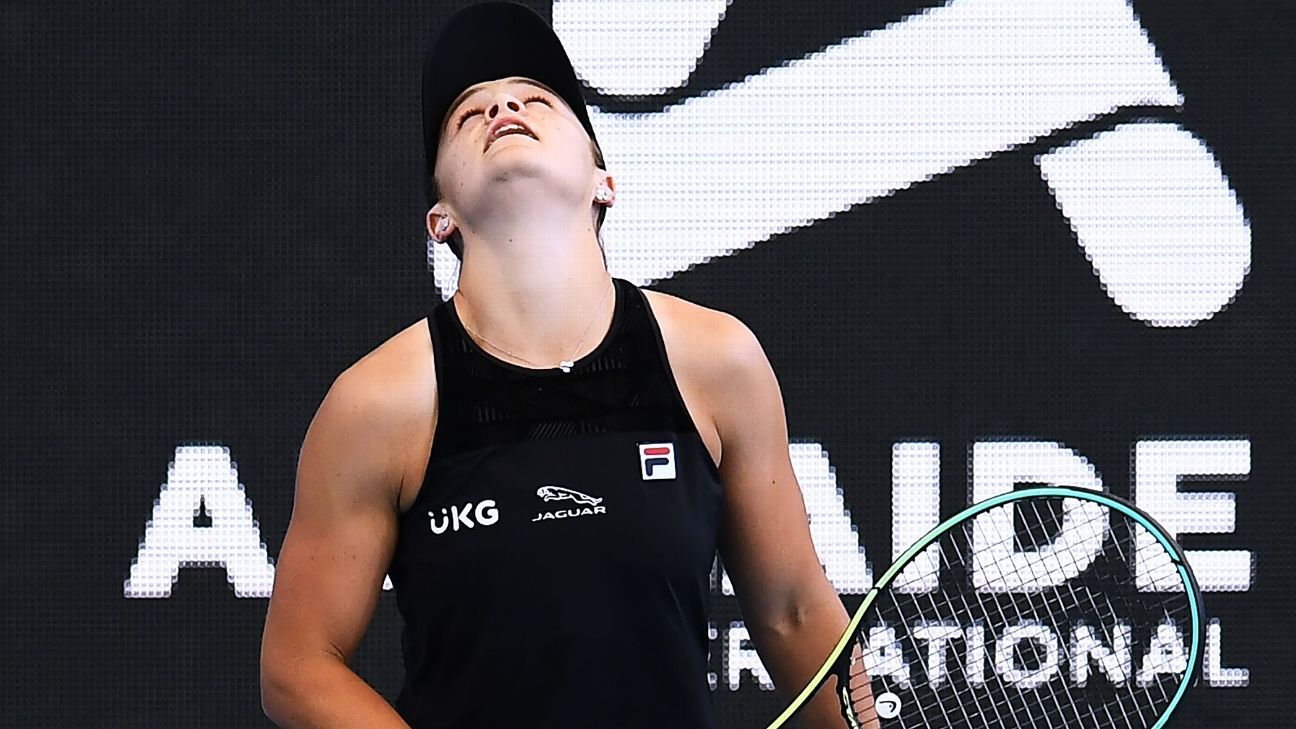 MELBOURNE, Australia — Top-ranked Ash Barty has won her second Adelaide International title in three years with a 6-3, 6-2 victory over Elena Rybakina on Sunday.

The win improved Barty’s record against top-20 rivals to 17-1 since the beginning of 2021.

Barty is scheduled to play the Sydney Tennis Classic next week before the Australian Open begins on Jan. 17.

In a WTA tournament at Melbourne, American Amanda Anisimova beat Aliaksandra Sasnovich of Belarus 7-5, 1-6, 6-4 to win her second WTA title.

The 20-year-old Anisimova came from 2-4 down in the first set and 0-3 in the decider to clinch the trophy and win her first title in almost three years.

Anisimova broke down in tears on her exit from the 2020 Australian Open, her first major following the sudden death of her father.

Anisimova, a French Open semifinalist and former world No. 21, returned to some of her best form Sunday at Rod Laver Arena.

“I want to thank Melbourne, I always love playing here and I’m super excited for a couple more amazing weeks here,” she said in reference to the Australian Open.

“Tennis can be a difficult journey at times but I’m so happy and grateful to have the people in my life I have. It’s so good to start the year in such a good place, I’m super grateful.”