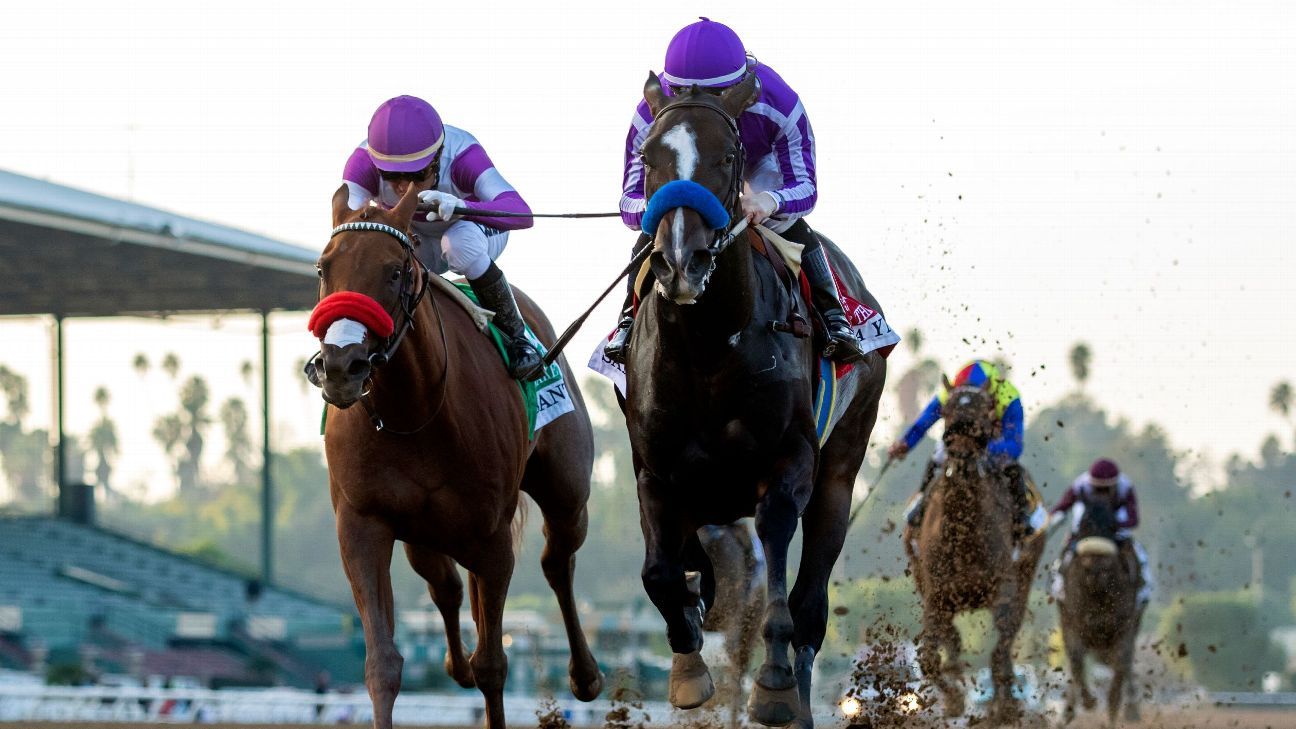 ARCADIA, Calif. — Under the Stars won the $200,000 Santa Ynez Stakes by three-quarters of a length Saturday at Santa Anita.

Trained by Bob Baffert and ridden by Flavien Prat, Under the Stars ran seven furlongs in 1:22.51.

Under the Stars failed to earn any qualifying points for the Kentucky Oaks in May because of Baffert’s ban imposed by Churchill Downs.

Baffert earned his fourth stakes victory since the winter-spring meet opened on Dec. 26. Prat won his fifth stakes of the meet.

Awake At Midnyte returned $4.20 and $3.60, and Miss Mattie B was another 6 1/2 lengths back in third and paid $4 to show. The runner-up earned four Oaks qualifying points and third-place was worth two points.

McIlroy leads by 3 ahead of final day in Dubai
Reed uses binoculars to ID ball stuck in tree
Peter Sagan: Tour de France great to retire from World Tour at the end of 2023
Dubs’ Curry fined $25K for tossing mouthpiece
ACC football schedule release: Every game for every team in 2023