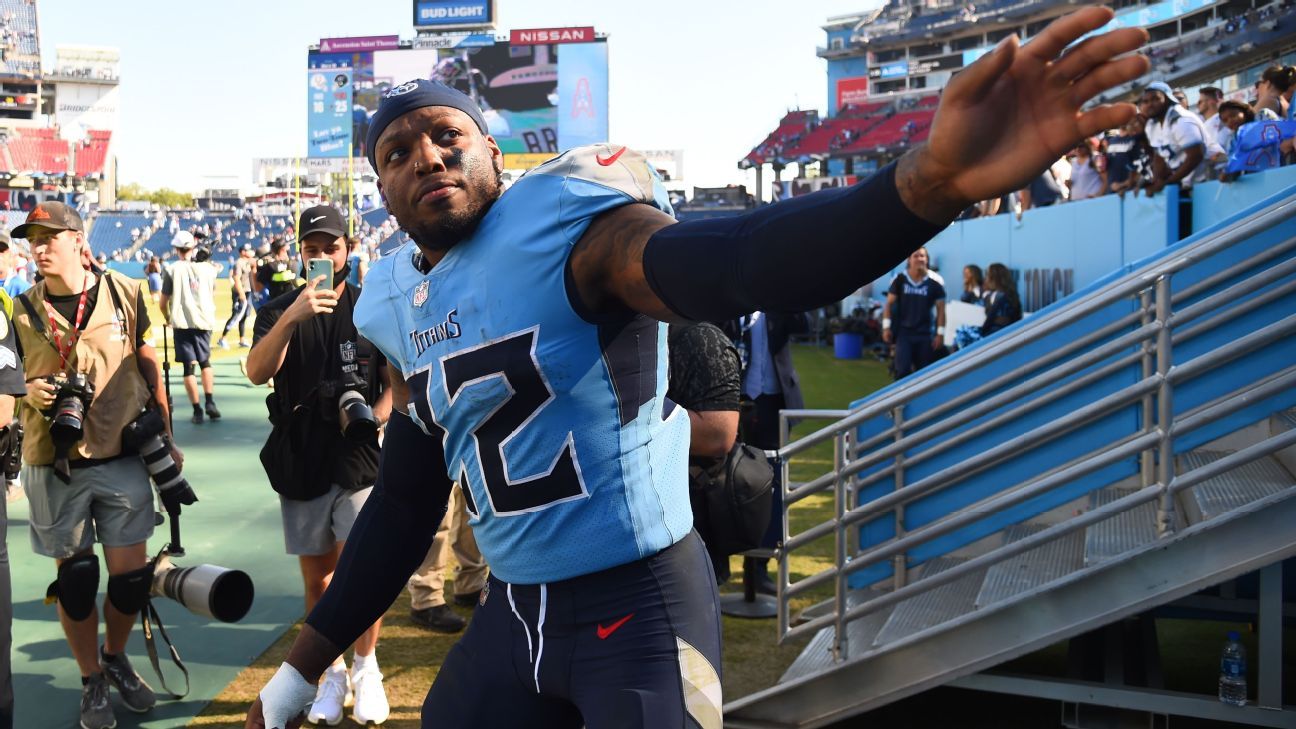 HOUSTON — The Tennessee Titans have declined to activate running back Derrick Henry for the regular-season finale against the Houston Texans. Tennessee still expects Henry to be back in time for the playoffs, a team source told ESPN.

“We have some time to make that decision and we will evaluate where we are at,” Titans coach Mike Vrabel said Friday. “But I think that he looked good. We continue to track his speed and his mileage and volume and see how he responds. I feel good about where he is at.”

The Titans designated Henry for return to practice from injured reserve on Tuesday and took part in practice on Wednesday, Thursday and Friday. The designation opened a 21-day window for Henry to be added to the 53-man active roster.

Henry was placed on injured reserve on Nov. 1 because of a fractured foot he suffered in the team’s 34-31 win over the Indianapolis Colts in Week 8. Despite missing eight games, Henry’s 937 rushing yards ranks sixth among all running backs this season. He was the NFL’s leading rusher when he was injured.

Tennessee went to a committee approach to replace Henry with D’Onta Foreman‘s (497 rushing yards) leading the way since Henry went down. The Titans have a 5-3 record in the eight games Henry has been out.

The Titans can clinch the top seed in the AFC with a win over the Texans on Sunday.

In other moves, the Titans released Jeremy McNichols from the active roster and elevated Jordan Wilkins from the practice squad.

Beterbiev stops Yarde for 19th straight knockout
Why we might have to wait until 2024 to see Artur Beterbiev vs. Dmitry Bivol in a must-see matchup
Stefanos Tsitsipas vs. Novak Djokovic: Who wins the men’s final?
Bradley: An open letter to Beterbiev and Yarde — with a game plan for each
Gulf Giants Team Camp Set Up for Players To Express Themselves: Gerhard Erasmus