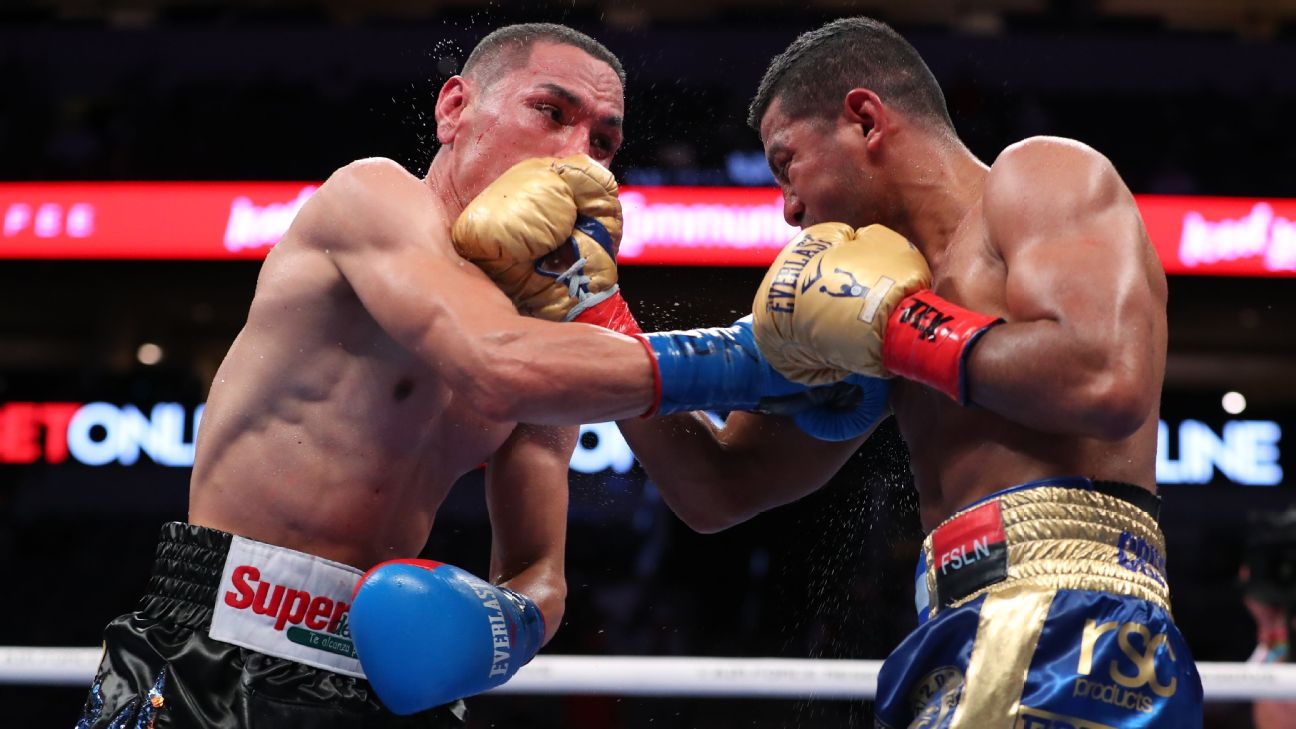 The future Hall of Famers have signed contracts for a unified 115-pound championship fight on March 5 at Pechanga Arena in San Diego, multiple sources told ESPN. Estrada-Gonzalez 3 will headline a Matchroom Boxing on DAZN show.

“When you talk about great rivalries over the years, this is right up there,” promoter Eddie Hearn told ESPN in August. “Fight 1 was a classic, and Fight 2 was probably the best I have ever seen live. The decider will be historic.”

Estrada (42-3, 28 KOs) eked out a controversial split decision over Gonzalez in March, a brutal battle that was ESPN’s runner-up for fight of the year. They combined for 2,529 punches, a CompuBox record at 115 pounds.

The rematch came more than eight years — and two weight classes — after their first fight. When they met in 2008, Gonzalez won a unanimous decision to retain his 108-pound championship in another firefight.

The 34-year-old Nicaraguan boxer went on to win titles at 112 pounds and 115; he was once recognized as the No. 1 pound-for-pound boxer in the world.

That was before Gonzalez (50-3, 41 KOs) was viciously knocked out by Srisaket Sor Rungvisai in a 2017 rematch, not just back-to-back losses to Sor Rungvisai but the first two losses of his career. It wasn’t the end for Chocolatito, though.

He mounted a comeback that culminated with a ninth-round TKO of Kal Yafai in February 2020 to reclaim a 115-pound title, before battling Estrada once more.

Now that the third fight is set, Gonzalez and Estrada figure to cap one of the greatest trilogies in recent memory with the series tied 1-1.