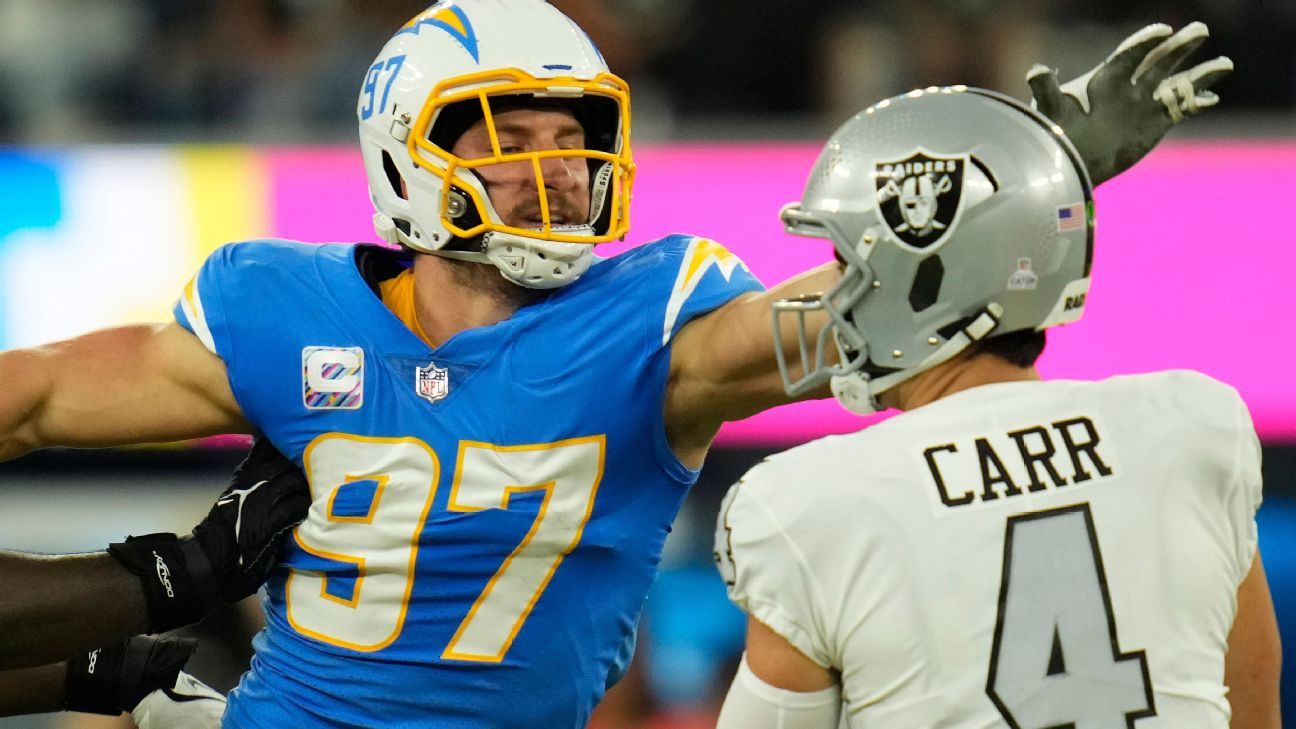 Week 18 of the 2021 NFL season is upon us. The playoff picture is quite a bit clearer than it was even one week ago — with a number of spots clinched in Week 17 — but there are many questions to be answered as the postseason bracket is filled up.

In the NFC, six teams have already clinched spots, including the Packers (the No. 1 seed) and division champion Buccaneers and Cowboys. The NFC West title remains up for grabs, as does the last wild-card spot, with two clubs looking to clinch.

Over in the AFC, the Titans, Chiefs and Bengals have clinched their respective divisions, while the Bills and Patriots look to grab the AFC East title. Four teams remain in play for the No. 1 seed, with five others vying for the remaining two wild-card spots.

There’s still a lot to play for, starting with two Saturday games and ending Sunday night with a win-and-you’re-in game between the Chargers and Raiders. Here’s the full Week 18 schedule, along with the clinching scenarios for the teams still in the hunt.

For many teams, it is a good thing there is one more week of the season. Some are looking to squeeze into the playoffs as others try to gain positioning and clinch their division. Here are the clinching scenarios:

Dan Orlovsky breaks down why he thinks the Colts have the best formula to knock off the Chiefs in the AFC playoffs.

Race for AFC No. 1 seed (and first-round bye)

Reid confirms Mahomes will start vs. Bengals
Djokovic back at No. 1 on ATP after Aussie Open
Hall of Famer Hull, the Golden Jet, dies at 84
Signing day updates: New commits, top classes and announcements to watch
Georgia’s Bennett arrested for public intoxication