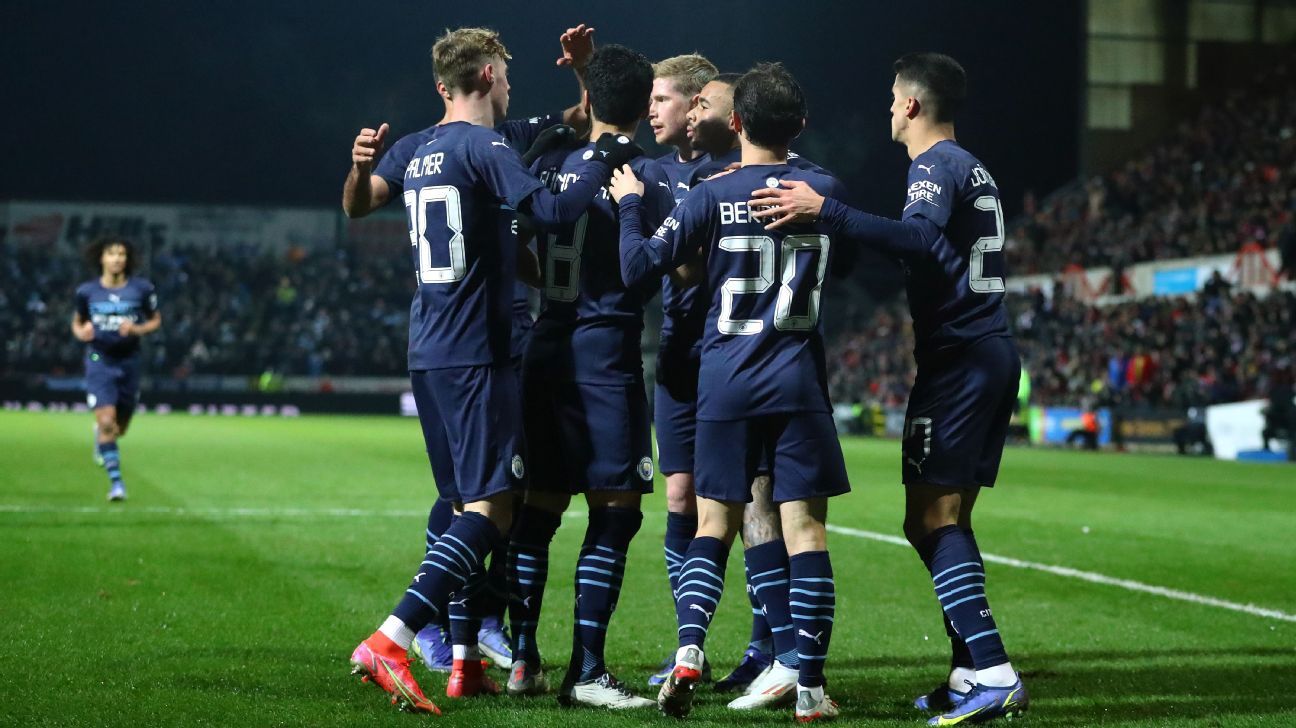 Premier League leaders Manchester City made light work of fourth-tier Swindon Town in a 4-1 away victory in the opening salvo of a busy weekend of FA Cup third round action on Friday.

A full house at the County Ground had their hopes of a famous upset crushed inside the opening half hour as a strong City side struck twice through Bernardo Silva and Gabriel Jesus.

Swindon, who have fallen on hard times since a brief membership of the Premier League in 1993-94, stuck to their guns throughout but were ultimately outclassed by City’s slickers.

City, 72 rungs above their hosts on English soccer’s ladder, took the lead when teenager Cole Palmer crossed for Silva to tap home and were gifted a second in the 28th minute when Jesus converted from Kevin de Bruyne’s pass after Swindon were punished for trying to play out from the back.

Ilkay Gundogan stroked a pinpoint free kick to make it 3-0 in the 59th minute and Jesus had a penalty saved by Swindon keeper Lewis Ward shortly after.

If Ward’s save drew a huge cheer from the 15,000 crowd, the decibel level went through the roof with just over 10 minutes left on the clock as Swindon striker Harry McKirdy struck a well-taken consolation goal.

City, without manager Pep Guardiola in attendance because of COVID-19 but with seven of the starting lineup from their victory at Arsenal on New Year’s Day, ensured there was no late drama as Palmer picked out the top corner with an angled shot.