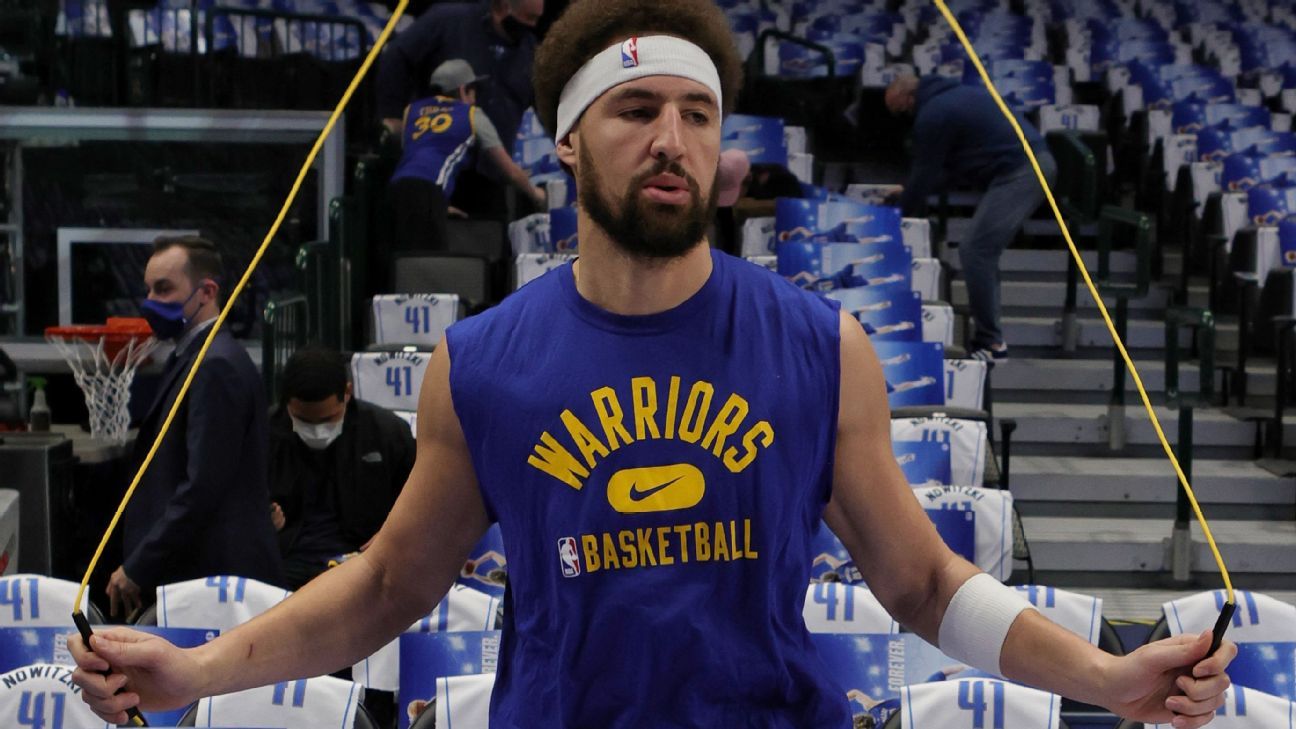 Five-time NBA All-Star and three-time NBA champion Klay Thompson will be available to play for the Golden State Warriors in Sunday night’s game vs. the Cleveland Cavaliers.

The Golden State star made it official with his own creative announcement on Instagram as he so loves to do.

Thompson has been cleared to play and will play in his first game in more than 2 1/2 years after being sidelined by two devastating injuries.

Coach Steve Kerr wouldn’t confirm Thompson’s status following practice Saturday, saying “it’s not my announcement or decision to make.” He also instructing the media to watch their phones with thanks for putting up with his “charade.”

Thompson will start but with fewer minutes for now.

The 31-year-old Thompson hasn’t played since suffering a torn ACL in his left knee in Game 6 of the 2019 NBA Finals as Toronto clinched the championship. While rehabbing from surgery for that injury, he tore his right Achilles tendon scrimmaging the day before training camp began.

“When he comes back, if it’s tomorrow night, it will be one of the most emotional nights of my basketball life,” Kerr said.

Thompson, now sporting an old-school headband he plans to stick with as his curly hair is longer, knows it will take time to build back up to his pre-injury minutes and performance on both ends of the floor.

“The game needs Klay, he’s one of the best shooters to ever play this game,”: teammate Juan Toscano-Anderson said. “The magnitude of this moment is so big.”

Tickets are at a premium for Sunday’s home matchup with the Cavaliers following months of speculation on when Thompson would finally take the court again. He will do so at home in Chase Center as planned.

In November with the Warriors off to a sizzling 15-2 start, he declared “it’s championship or bust” while noting they’d be that much better once he returned.

Kerr spoke to the team this past week about the adjustments of working Thompson back into the rotation, given there will be fewer minutes and opportunities for players who have contributed significantly already to this impressive start by Golden State.

What to watch as the PGA Tour moves to Torrey Pines
Stefanos Tsitsipas invites Margot Robbie to Australian Open match
Sabalenka into first Australian Open quarterfinal
What’s next for the UFC flyweights and new champion Brandon Moreno?
Brothers land in penalty box with parents on hand