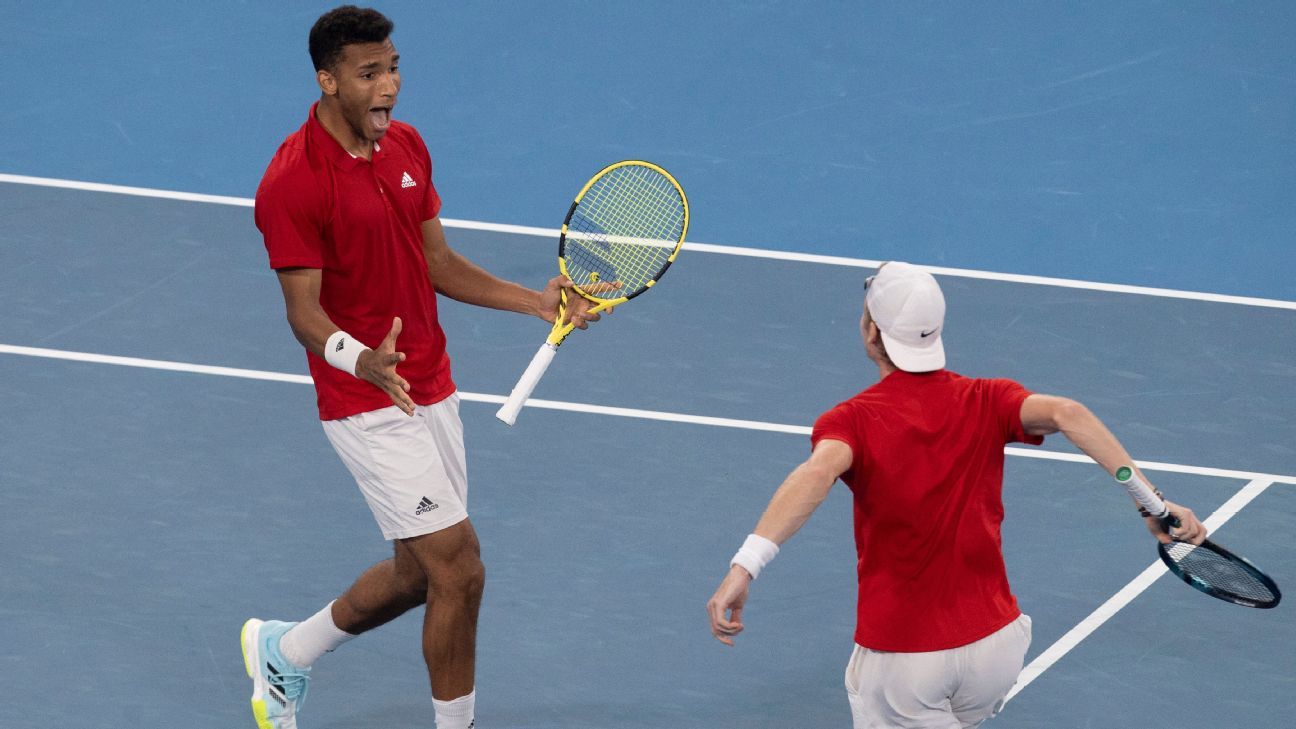 SYDNEY — Felix Auger-Aliassime and Denis Shapovalov qualified Canada for its first ATP Cup final on Saturday when they defeated Daniil Medvedev and Roman Safiullin 4-6, 7-5, 10-7 in doubles to complete a 2-1 win against Russia.

Canada will play Spain in the final on Sunday.

Medvedev and Safiullin had been 3-0 in doubles this week but the Canadians ending that winning streak.

Shapovalov got the match off to a good start for Canada by beating Safiullin 6-4, 5-7, 6-4 in the opening singles, but Medvedev leveled with a 6-4, 6-0 victory against Auger-Aliassime.

“I had to try and stay positive. Of course it was tough, especially (because) that second set went the way it went in singles,” Auger-Aliassime said. “Denis helped me and the team to push myself. We had a tough start in the doubles, so to be able to come back in this way, it’s really a team effort.

“That’s what the ATP Cup is about. You can still win after being 1-all and losing a tough singles. It’s really about the team effort and we’re happy to be through.”

Spain beat Canada 2-0 in the 2019 Davis Cup final and Shapovalov said he’s hoping for reversal of fortunes in Sunday’s final.

“We’ll definitely try to turn the script,” Shapovalov said during his on-court interview. “The team chemistry (we have) is unbelievable. Me and Felix have been going since way back in the day, and we trust each other and there’s no ego.”

On Friday, Roberto Bautista Agut clinched Spain’s spot in the final with a 7-6 (6), 2-6, 7-6 (5) victory over Poland’s Hubert Hurkacz. Pablo Carreno Busta had given Spain the lead with a 6-2, 6-1 win against late replacement Jan Zielinski. Kamil Majchrzak went 3-0 for Poland in the group stages but was forced into isolation due to a positive COVID-19 test.