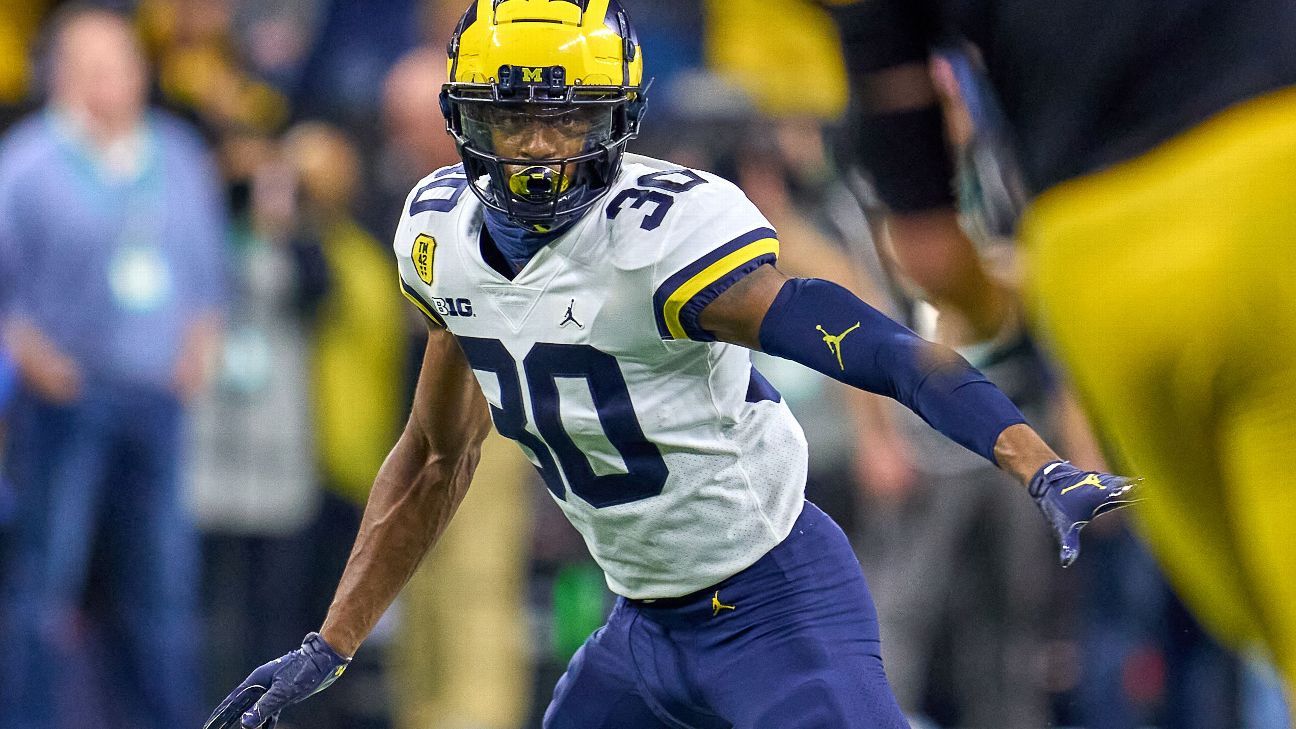 Hill is ranked as the second-best safety prospect in the draft, according to ESPN’s Mel Kiper Jr., behind Notre Dame safety Kyle Hamilton. He is the younger brother of Baltimore Ravens running back Justice Hill and a former five-star recruit in the 2019 class.

He was the No. 13 prospect overall out of Tulsa, Oklahoma, and had committed to Michigan, flipped his commitment to Alabama, only to flip back to Michigan and sign with the Wolverines.

Hill played in 12 of 13 games his freshman season in 2019, then started all six games in the truncated 2020 season. He finished second on the team with 46 tackles, and also had one interception with five pass breakups.

He was again second on the team in total tackles this past season with 69. He also had 4.5 tackles for loss, two interceptions and eight pass breakups.

While playing safety and some nickel this season, Hill was an All-Big Ten selection and still had one year of eligibility remaining.