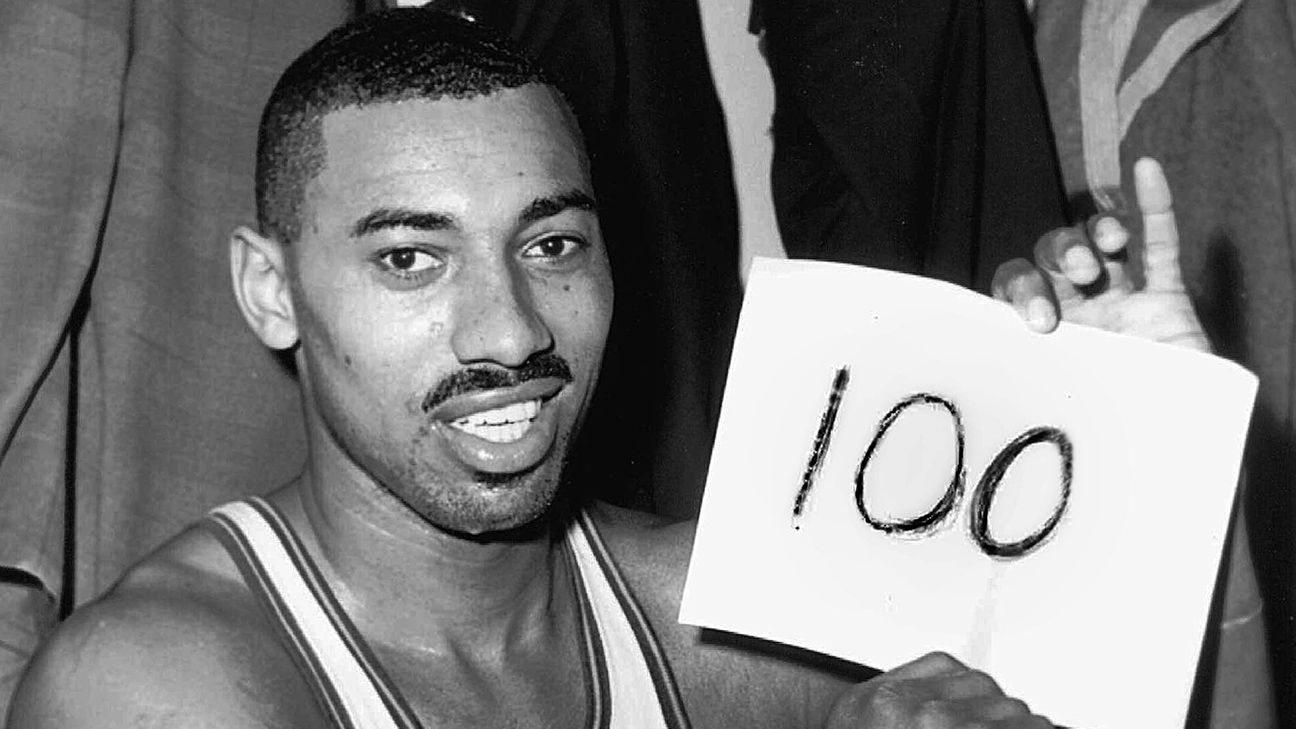 When the Los Angeles Lakers host the Atlanta Hawks on Friday night (10 p.m. ET on ESPN and the ESPN App), the team and the NBA will celebrate the 50th anniversary of the Lakers’ 33-game winning streak in the 1971-72 season, regarded as one of the most unbreakable records in NBA history. It was Jan. 7, 1972, when the Lakers beat the Hawks 134-90 to run the streak to 33 games before falling in Milwaukee two nights later.

In the 75-year history of the NBA, there have only been five 20-game winning streaks within one season, an indication of just how rare such a run is. To frame what it takes to put together something even close, consider the last two.

The 2015-16 Warriors started 24-0, and all they had was the best regular-season team ever, finishing 73-9. The 2012-13 Miami Heat won 27 in a row, and all they had was LeBron James at the peak of his physical powers as well as three other Hall of Famers (Ray Allen, Chris Bosh and Dwyane Wade) playing in perfect harmony.

Yet the 1971-72 Lakers, led by Hall of Famers Wilt Chamberlain, Jerry West and Gail Goodrich (Elgin Baylor had retired nine games into the season, literally just before the streak began), posted a record that has remained relatively safe.

Here is a look at some of the individual records that have stood and likely will stand the test of time as unbreakable, even 25 years from now when the NBA celebrates its 100th season.

Another mark sure to stand forever is his 48.5 minutes per game average. He was never substituted out that season; he only missed eight minutes of one game after he was ejected in the fourth quarter. He reached an average of more than 48 minutes because he played seven overtime games. He was miraculously almost never in foul trouble, averaging a career-low 1.5 a game.

• Rasheed Wallace‘s 41 technical fouls. Game 7 of the 2000 Western Conference finals lives in infamy in Portland because of controversial whistles. Wallace’s relationship with officials went from bad to worse, and it played out the following season as he racked up a record 41 technicals on the way to 18 ejections. In 2006, the NBA put in new rules that called for suspensions once a player reaches 16 for a season, and it has probably iced Wallace’s record for good. He’s third all time in technical fouls with 317 over his 16 seasons, behind only Karl Malone, who had 332, and Charles Barkley, who had 329.

• Walt Bellamy‘s 88 games. In 1968-69, Bellamy started with the New York Knicks and played 35 games. Then he was traded to the Detroit Pistons and, because of an unbalanced scheduling quirk, played 53 games there to reach 88 for the season. Players have played more than 82 games 41 times, most recently when Josh Smith played 83 in 2014-15 for the Detroit Pistons and Houston Rockets. Second to Bellamy is Tom Henderson, who played 87 games between the Bullets and Hawks in 1976-77.

• LeBron James‘ 1,067 consecutive regular-season games (and counting) of double-digit scoring. James started the streak in 2007 and has had a few close calls, including last season when he hit a 3-pointer to reach 10 points only after badly spraining his ankle in a game and then leaving for the locker room. Earlier this season, he left a game with an abdominal injury after scoring 10 points. James passed Jordan, who had the previous record of 866 consecutive games, in 2018. The only ongoing streak that was close belonged to James Harden, but that ended last season at 450 games after he had to leave a game with a hamstring injury. James has scored fewer than 10 points in two playoff games during the span, the last in 2014 when he scored seven points against the Indiana Pacers.

• Hakeem Olajuwon‘s 3,830 blocks. Mark Eaton‘s record of 5.56 blocks per game in a season is far-fetched, too, but Olajuwon’s number is enormous. He’s more than 500 ahead of second-place Dikembe Mutombo, who is closer to ninth place than first on the list. To match Olajuwon, a player would need to play every game for 15 seasons and average 3.1 blocks a game. There are only three active players who have averaged 3 blocks in a season even once (Myles Turner, Serge Ibaka and Hassan Whiteside).

• Scott Skiles‘ 30 assists. This record has already stood the test of time, as it’s been on the books for more than 30 years dating to Dec. 30, 1990. He was stuck on 29 assists, the record held by Kevin Porter from 1978, for six minutes in the fourth quarter before getting the record dime with a minute to play. Skiles, who averaged 8.4 assists per game that season and later had a 20-assist game, scored 22 points that night (and the Orlando Magic scored a team-record 155 points in a win over Denver). The closest anyone has come recently was in 2017, when Rajon Rondo had a 25-assist game with New Orleans. Over the past 10 seasons, Rondo and Russell Westbrook are the only players to have more than 22 assists in a game.

Want to forecast where your favorite NBA stars could wind up? Create your own deals with ESPN’s Trade Machine.

• Wilt Chamberlain’s 100 points. The 60-year anniversary of this feat, accomplished March 2, 1962, is coming up, and there’s an excellent chance the 100th anniversary will come without it being touched. Chamberlain had a 78-point game earlier that season (in a triple-overtime loss to the Lakers when Elgin Baylor put in 63 points) and two 70-point games the following year. The key was at the line, where he was 28 of 32. He was a career 51% free throw shooter, and it was easily the best-percentage free throw night for him in that magical season. Second-most ever, of course, were the 81 points Kobe Bryant scored in 2006 taking 17 fewer shots (46 to Wilt’s 63). Since Bryant, Devin Booker is the only player to reach 70 in a game, still 30 points shy of Chamberlain’s record.

• Wilt Chamberlain’s 55 rebounds. This happened Nov. 24, 1960, in a game Chamberlain later said was one of the most exhausting of his career. The opponent was Bill Russell and the Boston Celtics, who won by three points. It broke Russell’s record of 51 rebounds set the previous season. Chamberlain and Russell have the 12 highest-rebound games in history. Only two other players have had 40 (Nate Thurmond and Jerry Lucas) in history. There have only been a few 30-rebound games in the past two decades, the most recent being one from Enes Freedom, who had 30 in a game last season. To put in perspective how unlikely this record is to be broken, there have been fewer than 50 instances of a team having at least 56 rebounds in a regulation game this season. The Jazz had 68 in a December win over the Hornets (Rudy Gobert pulled down 21 of them), matching the season high the Grizzlies set in a November win over the Kings (no Memphis player had more than 12).