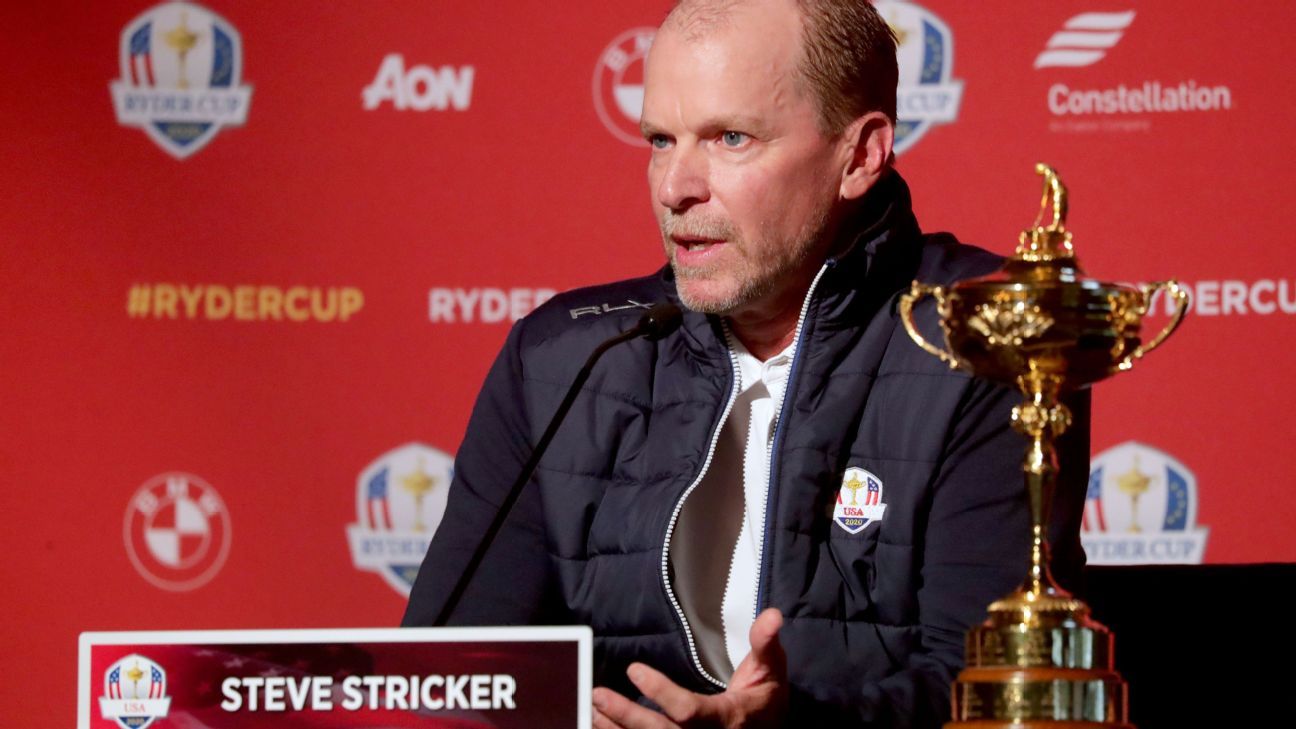 Steve Stricker spent weeks in the hospital after leading the United States to a Ryder Cup triumph in September, with the American captain telling Wisconsin Golf that he’s lucky to be alive after battling a mysterious illness.

In late September, Stricker was a hero of the Ryder Cup, guiding the youngest U.S. team in history to its most lopsided win against Europe — and doing so at Whistling Straits in Wisconsin, his home state.

But about a month later, the 54-year-old Stricker became sick — a COVID-19 test came back negative — and what started as a bad cough and sore throat turned into a far more serious illness, he said.

“I came home from hunting one night and I was like, ‘I don’t feel good. My side hurts. I just don’t feel right,'” he told Wisconsin Golf in an exclusive interview published Thursday. “That night I had the sweats and all of a sudden, my temperature was 103. I went back to my primary (physician) and got amoxicillin, a heavier antibiotic. And I think I had a reaction to that. My throat started to close up, my lips got puffy, my glands got puffy, my tongue got puffy. It was like an allergic reaction. I was still having these 103-degree temps.

“So, I went into the hospital about two weeks before Thanksgiving and they kept me in there. That’s when the s— hit the fan. My liver numbers started getting worse. My white blood cell count was jacked up really high. I was fighting something, but they couldn’t find out what it was. My liver was going downhill. I got jaundice. I was yellow and peeing out Pepsi-colored pee.”

Stricker’s heart also jumped out of rhythm, and doctors found inflammation around it.

He spent 11 days in the hospital, was discharged the day before Thanksgiving but found himself back there three days later, feeling his worst yet.

“Everything is going the wrong way,” he told Wisconsin Golf. “It wasn’t fun. You don’t know what’s happening. You don’t know where this road is leading to. I never thought that I’m not getting out of there kind of thing. But I didn’t eat for two weeks. I didn’t have any energy or appetite to eat. I had a hard time just getting up and walking because of the heart. I took a few steps to the bathroom in my room and I’d be out of breath.”

Doctors still don’t know what the illness was, and Stricker told Wisconsin Golf that he’s not sure how he got it — although he believes the stress of the Ryder Cup didn’t help.

He said he’s nowhere near 100% now. The inflammation around his heart has decreased but is still there. He’s lost 25 pounds, and he still can’t eat solid foods, but he has made sound strides since late November. Still, he said his cardiologist told him it likely will be six months before he can play professionally again.

But that’s far from his mind at this point.

“I’m lucky,” he told Wisconsin Golf. “I’m feeling like things are going in the right direction. I’ve just got to give it time.”