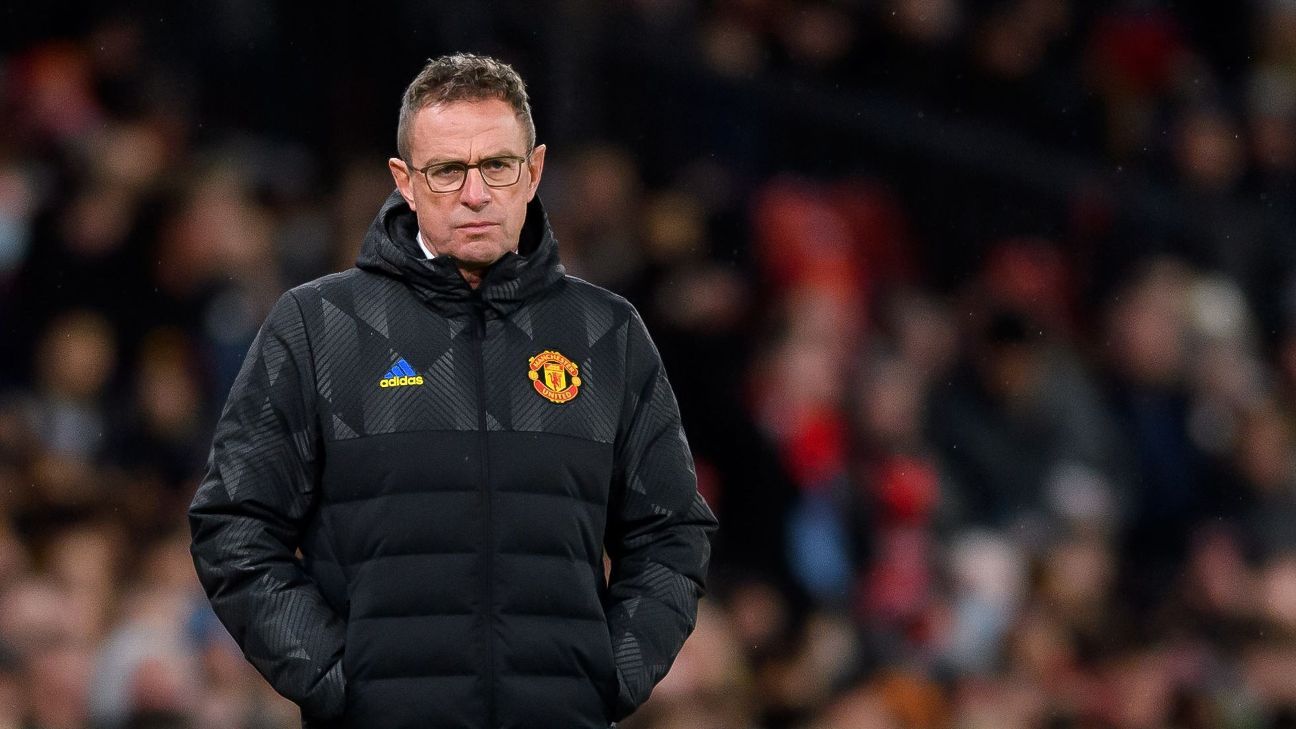 Ralf Rangnick has said there are “unhappy” players at Manchester United but has urged the squad to be professional as they look to bounce back from the demoralising defeat to Wolves.

Rangnick said the bloated squad he inherited from Ole Gunnar Solskjaer has led to some players being left out in the cold.

ESPN revealed earlier on Friday that Rangnick was concerned dressing room unrest could derail their bid to finish in the Premier League’s top four this season.

He is keen to get back on track with victory over Aston Villa in the FA Cup on Monday and suggested players who are not committed should leave Old Trafford.

“When you have a big squad, in the last two games, we had most players available and only 10 field players can play and three substitutes,” Rangnick told a news conference on Friday.

“Then you have quite a number of players who don’t even play or not even in the squad. Those players are unhappy about the situation — it’s obvious, clear.

“I tend to explain to players every two or three weeks why they are not playing and that is an issue in our team and other clubs.

“We have players with contracts expiring in the summer, we have maybe also one or two players who want to leave and are under contract.

“It is about the players dealing with that in a professional way, to show in training, to show up and get a chance to play.

“If this is not the case, the player, club and agents need to discuss the situation.”

United have recorded positive results against Crystal Palace and Burnley during Rangnick’s short reign but the 63-year-old admits the 1-0 defeat to Wolves was a step backwards.

He complained afterwards that his demand to press Wolves high up the pitch had not been met but the former RB Leipzig coach added that the players are at least trying to take his instructions on board.

“I’m sure they are listening and we showed in the last games against Palace, and Burnley they are trying to follow the advice I give them,” he said.

“We concede less goals than before but still it’s about balance. We need to find the best possible balance between offence and defence and this is something we have to get better on.”