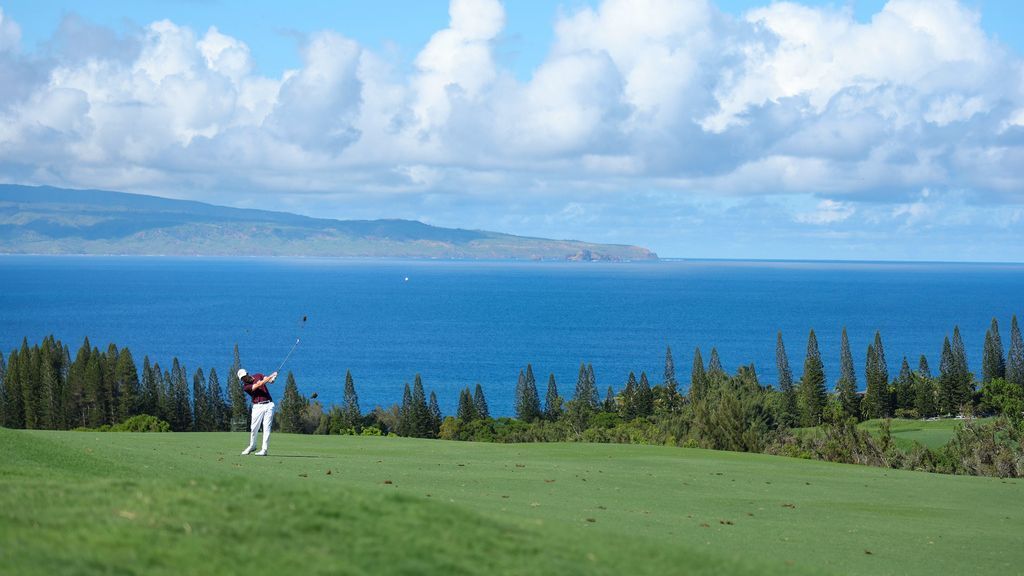 KAPALUA, Hawaii — Patrick Cantlay and Jon Rahm didn’t need much time to get back into the swing of competition Thursday in the Sentry Tournament of Champions.

Coming off the longest voluntary breaks of their careers, Cantlay overcame a bogey start with flawless play at Kapalua for a 7-under 66 and Rahm had a 67 despite failing to capitalize on two of the par 5s.

Cameron Smith had a pair of long eagle putts to lead at 8-under 65 on a gentle, gorgeous day to start the new year on the PGA Tour.

More than half of the 38-man field broke 70 in soft, relatively calm conditions on the Plantation Course that sits high above the Pacific Ocean.

Smith was among the early arrivals on Maui, having spent most of his time fishing and playing minimal golf with mates at his U.S. base in north Florida. He figured he better start practicing, and it showed, particularly on the greens.

Cantlay and Rahm were the two leading contenders for the FedEx Cup last season, with Cantlay winning the $15 million prize – and PGA Tour player of the year – with a one-shot victory in the Tour Championship.

Cantlay had not competed since Sunday at the Ryder Cup on Sept. 26. Once he got warmed up, he got hot. He played the final six holes in 6 under, highlighted by 35-foot eagle putt on the par-5 15th hole. He was just right of the green in two on the par-5 closing hole, needing birdie to catch Smith. His chip was strong and he missed a 15-foot birdie putt.

Still, it was a solid start for his first time keeping score in 102 days.

Rahm spent two weeks playing in Spain after the Ryder Cup with his tank was empty. He headed home to Arizona to be a dad, not playing in 83 days until he went bogey-free.

Daniel Berger, who had to reconfigure a caddie’s clubs to practice earlier in the week when his golf bag was delayed two days, also opened with a 66.