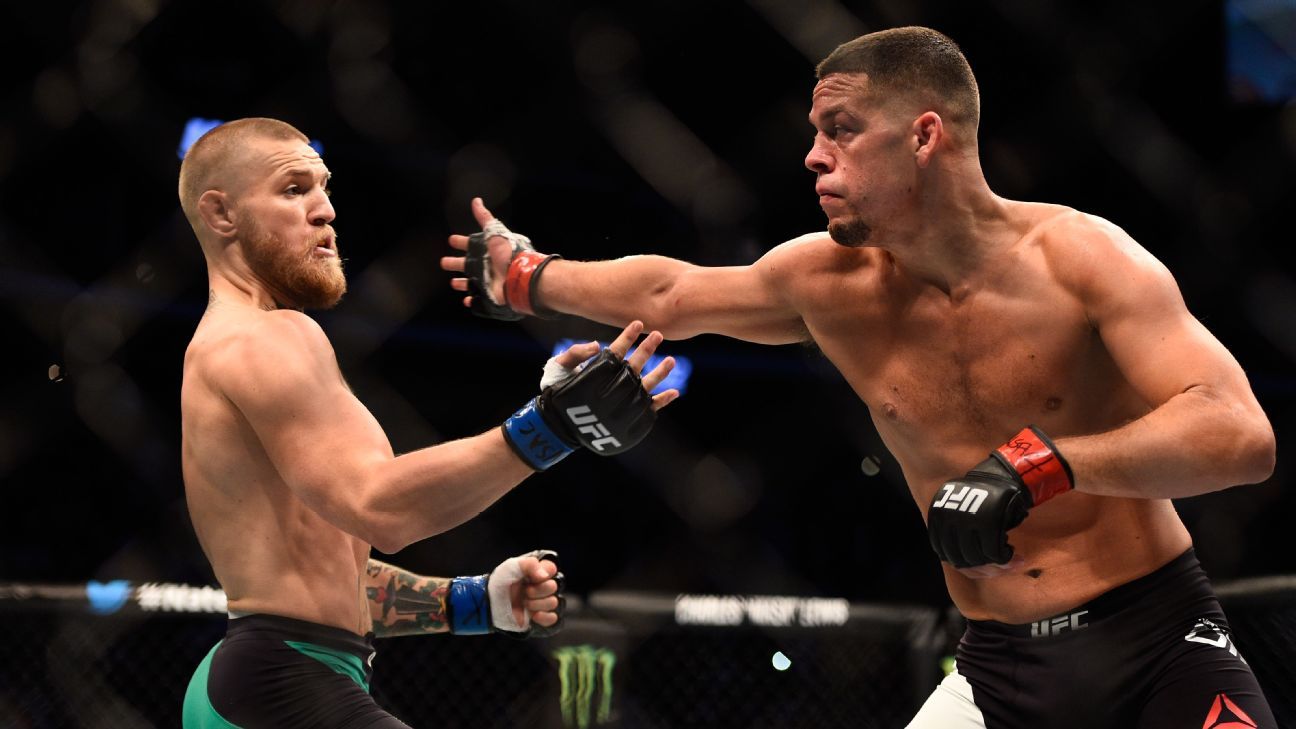 Do you feel that? That, my friends, is the feeling of a brand new calendar year of MMA. A year in which anything seems possible.

It’s time to dream big for 2022. We’ve got a fresh slate. The table is set for some incredible fights, breakthrough performances and stories that will go down in the history books.

But let’s also be realistic. Some of our wildest dreams will happen, no doubt. Others won’t come close, due to a wide range of circumstances.

At this time of the year, the brief window in which the fighting world comes to a halt, headlines are filled with speculation and possibility, but it can be hard to separate the likely from the unlikely. That’s where I come in. Some of these answers will give you hope. Others will disappoint. And even if something is on the precipice of happening, until the Octagon door closes, nothing is for certain.

For now, there’s plenty to be hopeful for this year in the UFC, so let’s dig into the chances of each of these key storylines becoming a reality in 2022.

What are the chances … Conor McGregor fights Nate Diaz?

It’s on my list of fights I want to see in 2022, and I feel good about its chances. Diaz has one fight left on his UFC contract and by all accounts, he’s eager to book it and then see what his options are in free agency. A fight between Diaz and Dustin Poirier is certainly possible, and I believe the UFC will consider that. But if McGregor is due back early summer, my gut tells me that’s the one. The trilogy just makes so much sense in 2022. Not a slam dunk, but I’m going a strong 75% here.

What are the chances … Jon Jones fights at least twice?

Jon Jones expects to return to the UFC in the second quarter of 2022 and would like to face the winner of Francis Ngannou vs. Ciryl Gane.

Does Jones definitely get the winner of that? Likely, but there’s never a guarantee. Contract negotiations. Potential injuries. How it all fits into the UFC’s pay-per-view schedule. It’s really up to Jones, of course. If he really wants to fight twice in 2022, there’s no obvious reason it shouldn’t happen. But I’m gonna predict just one appearance in 2022 for Bones.

What are the chances … of witnessing a UFC two-weight champ in one of the men’s divisions?

The last double champ crowning we saw was Henry Cejudo in 2019. We had a chance to see another one in 2021 with Israel Adesanya, but he came up short against Jan Blachowicz by a couple rounds. This year, the obvious candidate to become a two-weight champ is Jones. The longtime light heavyweight king seems to be in position to make his heavyweight debut and possibly vie for a championship.

The reason I have the odds on this so low is that Jones is a wild card, as we all know. Until he steps into the Octagon at heavyweight, nothing is a guarantee. He would then have to beat the champion, of course, which is a very difficult task regardless of whether it’s Ngannou or Gane. And I don’t see another former or current champ who is all that likely to get the job done in 2022. Usman is probably the most likely, but he has repeatedly said he doesn’t want to fight Adesanya. And I don’t think Adesanya will take another crack at moving up to light heavyweight, not in 2022 at least.

What are the chances … Khabib Nurmagomedov comes back?

Khabib Nurmagomedov says his new promotion, Eagle FC, is planning to sign Kevin Lee and will even create a 165-pound weight class.

What are the chances … Henry Cejudo comes back?

If you think about it, not much has changed with Cejudo since he stepped away from the sport in 2020. It’s clear to all of us — in fact, he has said this directly — he is willing (and even wishes) to come back as long as the opportunity and the money are appealing to him, which makes perfect sense. He’s content not to fight, but he absolutely would fight for a truckload of money and a chance to become a triple champion, at featherweight. Those are Cejudo’s demands for a return.

The issue is, the UFC isn’t interested. It’s not that the UFC wouldn’t mind being back in the Henry Cejudo business, but it’s not a priority. It’s not something the company is going to go out of its way to make happen. If Cejudo wants to come back under his current contract, he always has a spot. But Cejudo wants an offer that “wows” him to get back into the Octagon and right now, the UFC doesn’t feel any obligation to “wow” Cejudo. And I don’t necessarily see that changing in 2022.

And before you say I’m disrespecting the new champ, allow me to explain how I came to this number. The betting odds for the first fight between Nunes and Peña opened with Nunes as an 8-to-1 favorite. The implied odds of that are 88.89%. In other words, before they fought at UFC 269, oddsmakers believed Nunes would beat Peña nine times out of 10.

Were they wrong? Sitting here today, I’m not ready to say they were. Whenever the rematch is booked, I’ll go into it with a pretty similar opinion of both fighters as I did the first. As dramatic and historic as Peña’s upset was, I’m not about to throw out everything I knew about these two women because of it.

Perhaps the original odds were dead on, but Peña made sure she got her “one win in 10” on the one night that counted. I have so much respect for what Peña was able to do at the end of 2021, and no one can ever take it away from her — but as far as predicting the result of a rematch, she’s still a significant underdog.

What are the chances … the UFC’s women’s champions at the end of the year are Nunes, Rose Namajunas and Valentina Shevchenko?

This question probably seems like a snub to Peña, but the reality is that Nunes will be heavily favored to win back the title when they meet again, and Peña knows that. Namajunas seems to have found herself — “I’m the best!” — and that confidence and maturity has her poised to run the division for a long time. Shevchenko is just … I mean, who is going to dethrone this woman? Taila Santos looks good, and there’s a lot of young talent at 125 pounds. But Shevchenko looks like a lock at the top right now.

Nunes, as wild as it sounds, could be the weak link. Where is her head at after the loss to Peña, and in her career in general? She has accomplished a lot. If one of these women isn’t holding the title at the end of the year, I’d guess it’s most likely Nunes, but I’ll lean toward these three being the queens of the UFC come December 2022.