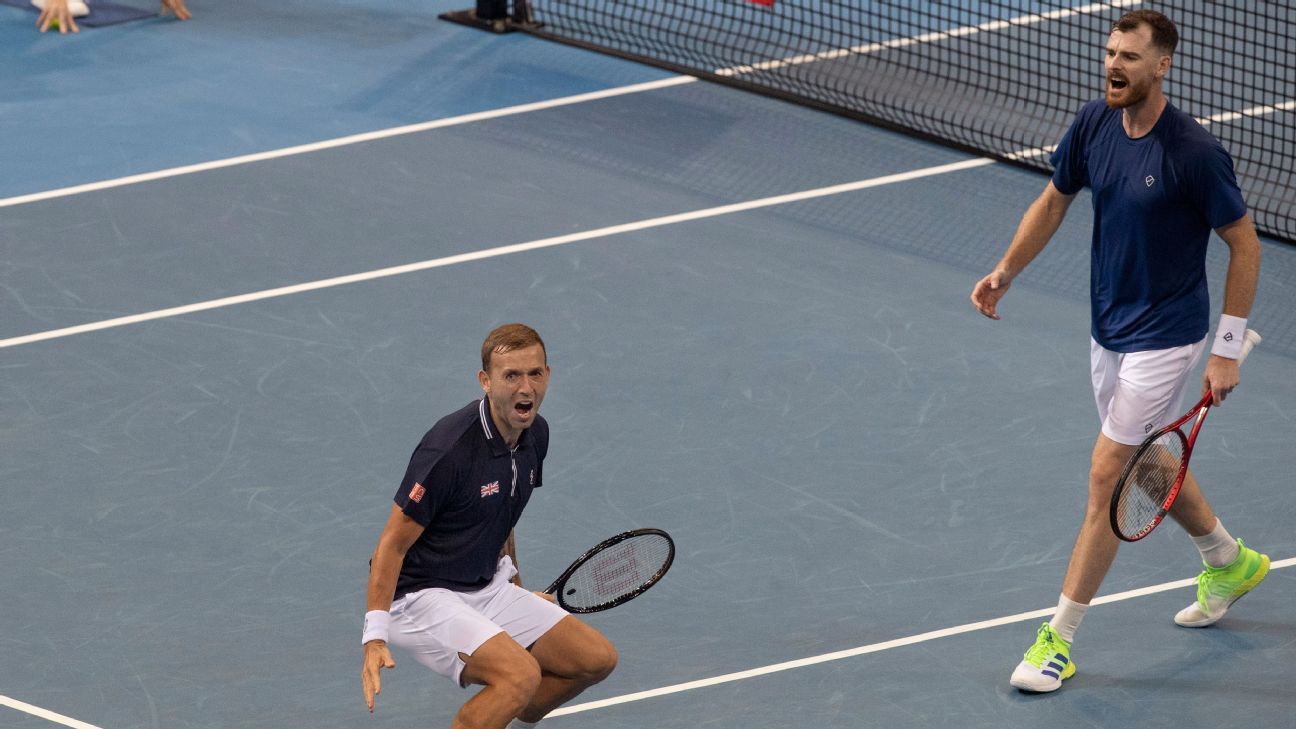 SYDNEY — Britain staged a come-from-behind win in the decisive doubles match to complete a 2-1 victory over the United States and keep its hopes alive of a semifinal spot at the ATP Cup.

Jamie Murray and Daniel Evans rallied from a set and a service break down to beat Americans Taylor Fritz and John Isner 6-7 (3), 7-5, 10-8.

In Thursday’s other day match, defending champion Russia beat Italy 2-1 to advance to the semifinals unbeaten.

Britain’s progression hinged on the outcome of the Group C night match between Canada and Germany.

“We were just hustling, and we kept trying to get the ball back in play and start using our skills after that,” Murray said. “At 4-2, we got a bit of momentum and came down to a tiebreak, which is what it comes down to on a doubles court so many times.”

Daniil Medvedev and Roman Safiullin also stepped up for Russia, overcoming Matteo Berrettini and Jannik Sinner 7-5, 4-6, 10-5 to clinch the victory over Italy.

Russia will play the winner of Group C in the semifinals on Saturday.

“The first set I was in control, and it’s tricky because you think that things will continue to go your way, but that’s not the case when you’re up against a Top 10 player,” Medvedev said. “I made some bad decisions in the second set, so I tried to learn from that in the third. I served well throughout the match, and that helped me.”

Spain and Poland, also both 3-0, will meet Friday for a spot in Sunday’s final.