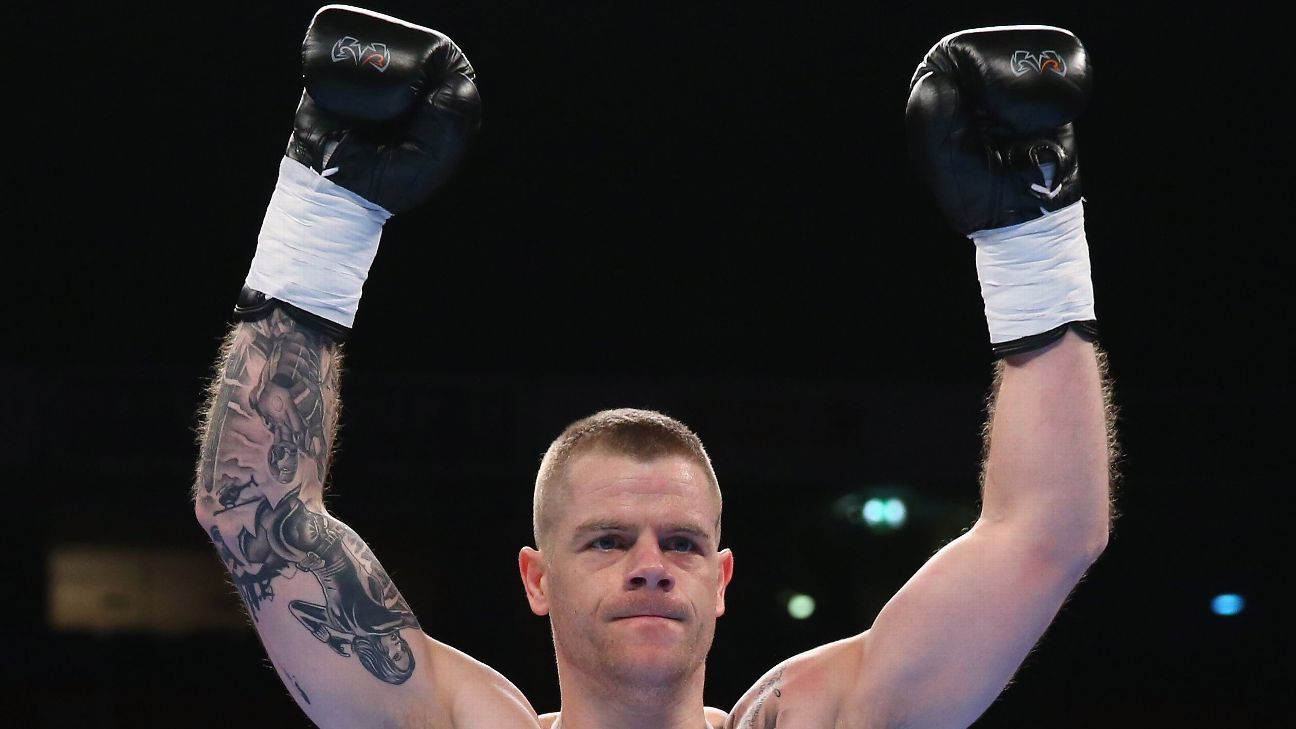 For the third time in the last year, Joe Smith Jr., has had a fight impacted by COVID.

Smith was set to defend his light heavyweight title against Callum Johnson on Jan. 15 in Verona, New York, but that fight won’t proceed after Johnson tested positive for COVID, multiple sources tell ESPN.

Top Rank is in the process of finalizing a replacement opponent for Smith to fight in the ESPN main event, sources said.

Smith (27-3, 21 KOs) was set to vie for a vacant 175-pound title against Maxim Vlasov in February 2021 before Vlasov tested positive for COVID. The bout was rescheduled for April, and Smith prevailed via majority decision.

The 32-year-old’s first defense was set for October against Umar Salamov, but this time, it was Smith who contracted COVID. He was even hospitalized during his battle with the virus.

Now recovered, Smith was set to meet Johnson in a battle of power-punchers. Johnson, 36, struggled en route to a majority-decision victory against journeyman Server Emurlaev in October.

The Englisman’s most notable performance came in a title fight loss, a fourth-TKO at the hands of Artur Beterbiev. In that 2018 meeting, Johnson was floored in the opening round, only to drop the champion in the following round before he was finished in the Round 4.

Smith, a native of Long Island, New York, is rated No. 3 by ESPN at light heavyweight.