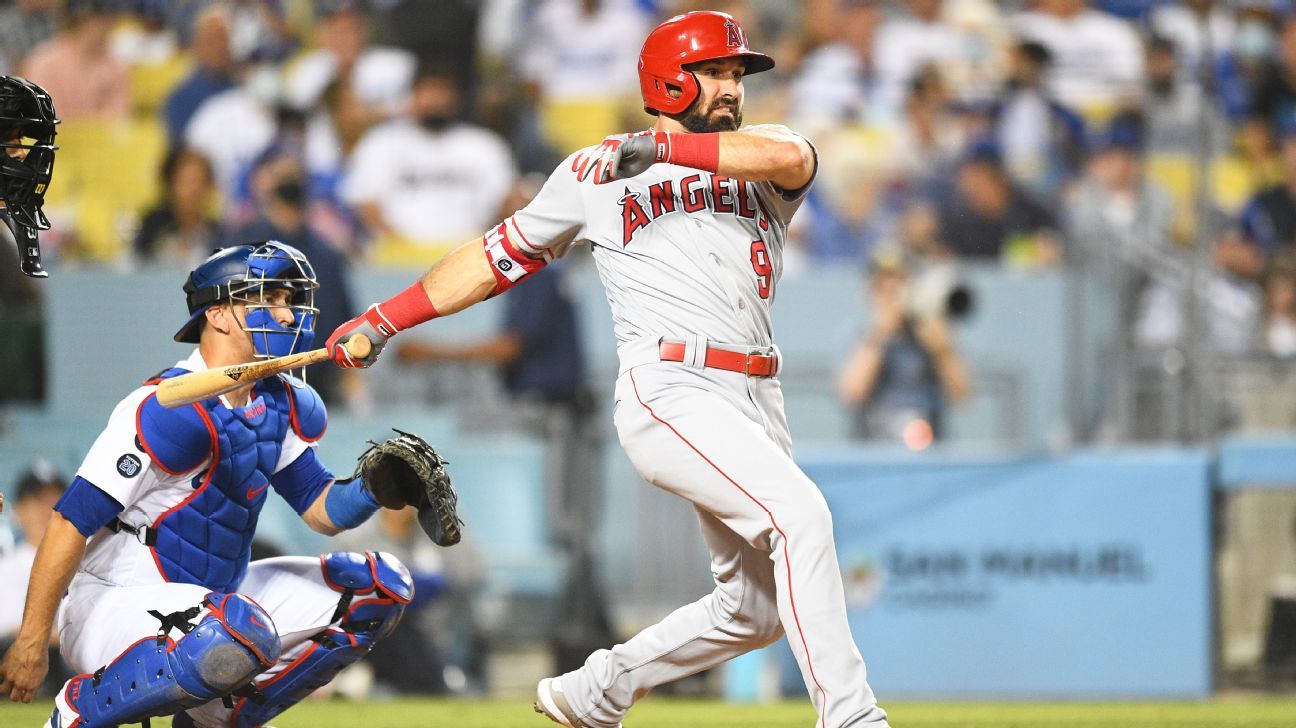 The Los Angeles Angels are bringing in Phil Nevin, Bill Haselman and Benji Gil as part of their coaching staff under manager Joe Maddon, the team confirmed Wednesday.

Their roles have yet to be determined, at least in part because of the uncertainty surrounding Adam Eaton, a prospective coach who played last season and thus can’t communicate with team officials because of Major League Baseball’s ongoing lockout.

Eaton, 33, spent the last 10 years as a major league outfielder and made enough of an impression with the Angels in 2021 — particularly on young outfielders Brandon Marsh and Jo Adell — that the team has considered bringing him back as a coach, a source confirmed to ESPN. Eaton expressed interest, as well, but communication between the two sides halted after MLB’s owners locked out the players at midnight on Dec. 1.

The Athletic first reported the Eaton situation, which won’t be resolved until MLB and the MLB Players Association agree on a new collective bargaining agreement.

Eaton, who won a World Series title with the Washington Nationals in 2019, was released by the Chicago White Sox on July 13, and signed with the Angels a day later. Eaton was then released by the Angels on Aug. 20, and didn’t sign with another team, but he was still listed among the major league free agents this offseason. Eaton has not decided whether to retire as a player, but most of the interest he had garnered this offseason came as a coach, a source close to him said.

Nevin, 50, spent 12 years in the big leagues and served as the New York Yankees‘ third-base coach over the last four years. He was widely criticized after the Yankees were eliminated in the American League Wild Card Game for waving Aaron Judge home on a pivotal play against the Red Sox at Fenway Park that resulted in an out.

Haselman, 55, is a former catcher who led the Angels’ Class A affiliate to a California League title in 2013, and spent the last eight years in the Dodgers’ minor league system, most recently serving as bench coach and third-base coach for their Triple-A affiliate.

Gil, 49, spent parts of eight years in the majors and has managed in the Mexican League since 2014.