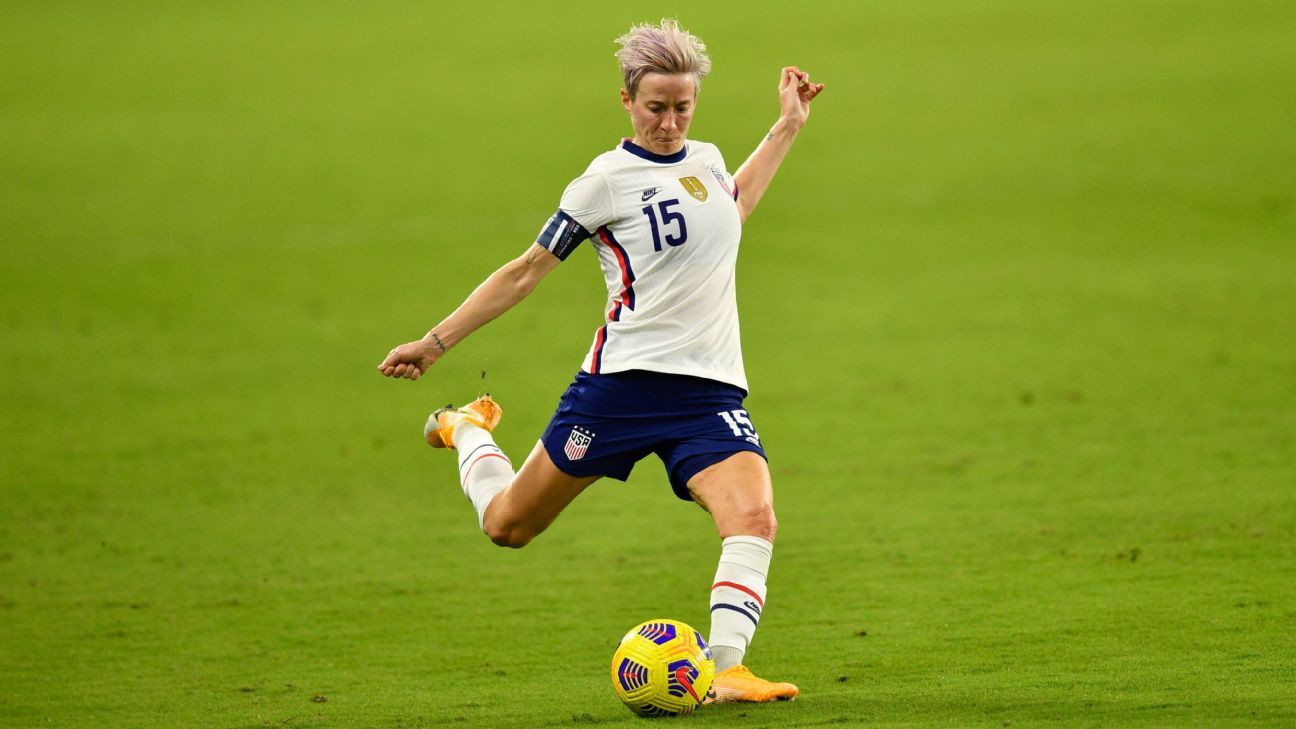 U.S. women’s national team star Megan Rapinoe blasted former U.S. Soccer president Carlos Cordeiro for his “caveman levels of misogyny” as he confirmed plans to run again for the post he resigned from in disgrace two years ago.

Cordeiro was elected president of U.S. Soccer in 2018 but resigned barely more than two years later amid widespread backlash to the federation’s response in an equal pay lawsuit filed by the USWNT, which sponsors and players at the time deemed sexist.

On Wednesday, he confirmed plans to run for the job in election set for March 2022.

ESPN first reported the news on Tuesday, citing sources who said Cordeiro was eyeing the position after receiving the backing of some of U.S. Soccer’s voting members.

Rapinoe responded to the report by asking whether he resigned under pressure “or resigned [because] he embarrassed everything and everyone with caveman levels of misogyny?”

Cordeiro announced his decision to run via a campaign website unveiled Wednesday, where he said “in recent months, members across our federation have approached me with their concerns about the current direction of U.S. Soccer.”

He will run against Cindy Parlow Cone, his former vice president who replaced him when he resigned.

“Members have not always been consulted on important decisions, such as when the Development Academy was abruptly shut down without discussion or warning, throwing our youth landscape into disarray,” his statement said.

“Extreme budget and personnel cuts — beyond what was required by the pandemic — have made it harder to rebuild for the future. After nearly two years, the current U.S. Soccer leadership has still not resolved the various lawsuits facing the federation…”

The lawsuit from the USWNT was filed while Cordeiro was president in 2019.

Under Cordeiro, the federation argued the women had inherently less “ability” than their male counterparts because ability is “materially influenced by the level of certain physical attributes, such as speed and strength.”

The filing went on to argue that it was not “a sexist stereotype” but “indisputable science.”

That prompted a wave of criticism from some of U.S. Soccer’s most high-profile sponsors. Coca-Cola called it “unacceptable and offensive,” Deloitte said it was “deeply offended” and Volkswagen said it was “disgusted.”

Players from both the men’s and women’s teams criticized the legal strategy, with former U.S. men’s national team midfielder Dax McCarty writing that “the sexist, misogynistic and tone-deaf arguments by U.S. Soccer” were “horrifying.”

“We’ve sort of felt that those are some of the undercurrent feelings that they’ve had for a long time,” Rapinoe said in 2020 shortly after the legal brief became public, “but to see that as the argument, as blatant misogyny and sexism as the argument against us, is really disappointing.”

Cordeiro stepped down shortly afterward, saying that he “did not have the opportunity to fully review the filing in its entirety before it was submitted,” but said if he had he would have objected.

In his campaign platform published on Wednesday, Cordeiro only hinted at his resignation, writing that “given what happened two years ago, I feel that I have a personal responsibility to help resolve” the lawsuit.

“I will make it a top priority to reach a settlement with our women’s national team players, who have made extraordinary contributions to our federation, inspired fans around the world and who deserve equal pay,” Cordeiro wrote.

“In recent years, U.S. Soccer has made major investments in our women’s teams, and many historic inequities have been addressed. I believe we now have an opportunity to resolve our remaining differences.”

The USWNT’s lawsuit was dismissed in May 2020, shortly after Cordeiro’s resignation, and the players have filed an appeal in federal court.

The appeal is set to proceed with oral arguments in March.

Cordeiro in his candidacy announcement also criticized U.S. soccer for “failing to bid to host the 2027 Women’s World Cup,” but bidding for the tournament has not opened yet.

When Cordeiro was president, he said he planned to bid for it. Since he stepped down, U.S. Soccer has said it was considering a bid for the 2031 Women’s World Cup, but has not announced it would not bid for the 2027 tournament.

The deadline for candidates to declare their interest and submit their three required member nominations was early Wednesday morning.

Parlow Cone announced in August she would seek re-election.