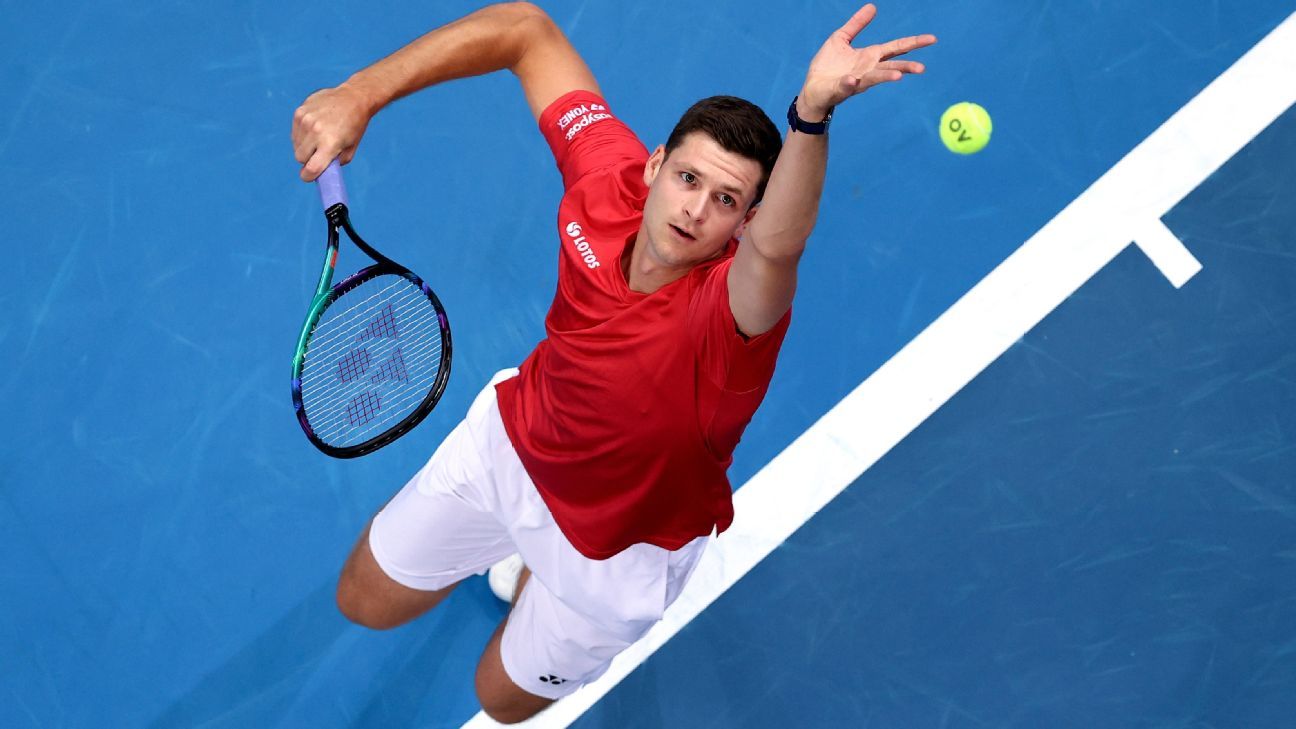 SYDNEY — Hubert Hurkacz beat Diego Schwartzman 6-1, 6-4 to secure Poland’s victory over Argentina on Wednesday and a spot in the ATP Cup semifinals.

Poland finished the round-robin stage 3-0 in Group D, with wins over Georgia, Greece and in the top-of-the-table match against Argentina.

Kamil Majchrzak rallied twice from serve breaks in the second set before beating Federico Delbonis 6-3, 7-6 (3) in the opening singles match and No. 9-ranked Hurzacz clinched the semifinal spot with his win over of Schwartzman in the second singles encounter. Poland won the doubles to complete a sweep.

“I’m so happy for our team. We’re in the semis, so super proud of that achievement,” Hurkacz said. “We have great team spirit. We support each other. I think the atmosphere that we bring helps us play better.”

Poland will next meet either Spain or 2020 champion Serbia for a spot in the final.

Chile’s 2-1 win over Norway meant Serbia needed to sweep Spain later Wednesday to move into top spot in Group A and advance to the semifinals.

Tabilo and Tomas Barrios Vera clinched the doubles 6-0, 6-4, giving Chile a 2-1 record in the round-robin stage and leaving Norway 0-3 after earlier losses to Spain and Serbia.