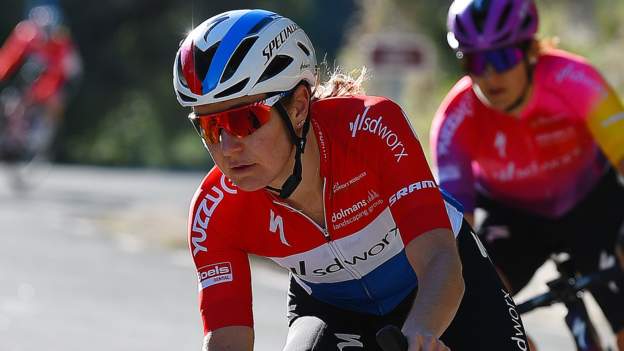 Dutch cyclist Amy Pieters is to be transferred to a hospital in the Netherlands to continue treatment following a fall in training.

The incident happened in Alicante on Thursday, 23 December during a Dutch training camp.

Pieters was taken to a Spanish hospital by air ambulance and had surgery to relieve pressure on her brain.

The 30-year-old’s team, SD Worx, say she remains unconscious and will be transported by aeroplane.

“Pieters is breathing independently and the sedation has been phased out,” said an SD Worx statement.

“Otherwise, her situation is stable but unchanged. Only when the rider awakens will the medics be able to get a first impression of the consequences of the fall.”

Following surgery on her brain, Pieters had been placed in an induced coma.

She recently became the Madison world champion, alongside Kirsten Wild, for the third consecutive year and won stage two of the Women’s Tour in 2021. She also won the Dutch national road race and Nokere Koerse in Belgium last year.