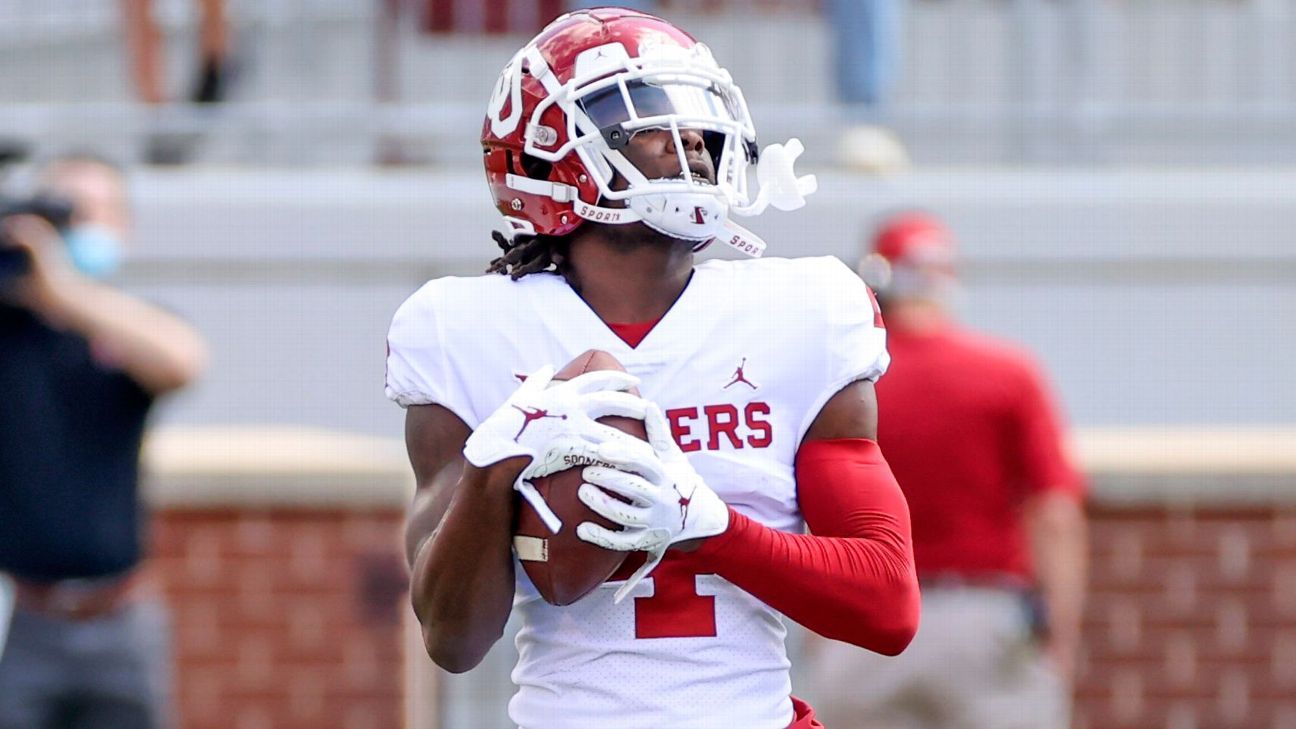 Williams was the No. 17-ranked recruit in the 2021 class, the No. 1 wide receiver and the second-highest-ranked commit for the Sooners.

Despite having other receivers ahead of him on the roster, Williams was fourth on the team in receiving yards with 380, and he also hauled in four touchdown passes on the season. Williams had five kick returns for 108 yards, as well.

His best game of the season came in a 52-21 victory over Texas Tech on Oct. 30, when he had 100 yards and a touchdown on five receptions.

Williams’ decision to enter the transfer portal is a big blow to the offense for new coach Brent Venables. Williams was a talented receiver for the Sooners, but his decision to leave means four of the top five receivers on the roster won’t be back for the 2022 season.

Mike Woods and Jeremiah Hall both declared for the NFL draft on Tuesday, Jadon Haselwood transferred to Arkansas in December and now Williams is gone as well. That leaves Marvin Mims, the team’s leading receiver, as the only player in the top five who will be back.

Starting quarterback Caleb Williams also announced he would be entering the transfer portal on Monday. Williams threw for 1,912 yards and 21 touchdowns after replacing then-starter Spencer Rattler, who also transferred out of Oklahoma to South Carolina.

Venables and the new staff did get a commitment from UCF quarterback transfer Dillon Gabriel on Monday, and the coaches signed ESPN 300 quarterback Nick Evers in the 2022 class.