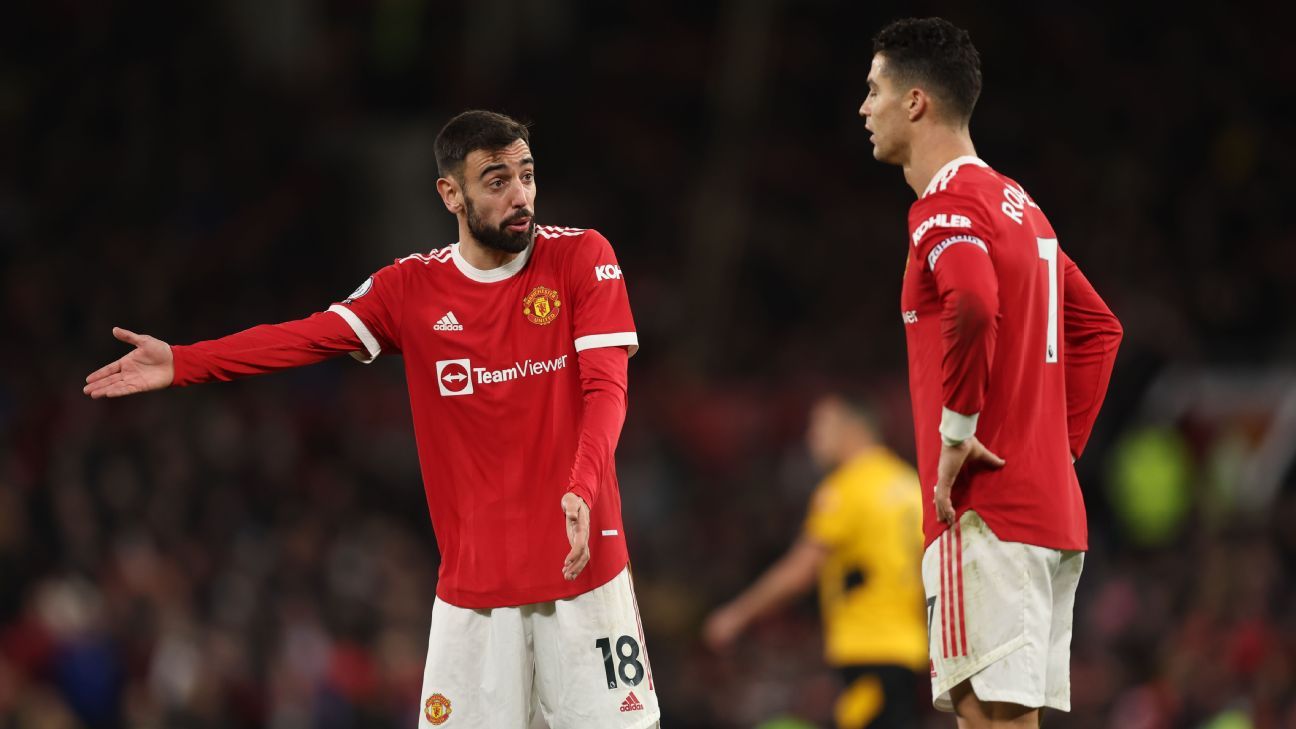 Manchester United suffered their first defeat under interim manager Ralf Rangnick, falling to a 1-0 loss at home to Wolverhampton Wanderers in the Premier League on Monday.

An 82nd minute strike from Joao Moutinho earned Wolves their first win at Old Trafford since 1980 and moved Bruno Lage’s side up to eighth place.

United, who could have few complaints about the result after a poor performance, remain seventh place on 31 points — four behind Arsenal who currently hold the fourth Champions League spot.

Wolves created a series of chances in the first half but it was not until eight minutes from the end that they got their reward when Moutinho pounced on a headed clearance from Phil Jones and fired past David de Gea.

German Rangnick, who is in charge of United until the end of the season after taking over from the sacked Ole Gunnar Solskjaer, saw a disjointed display by his team with little sign of the high-energy pressing style he had initially attempted to introduce.

“We didn’t play well at all individually or collectively. In the first half, we had big problems to keep them away from our goal,” he told Sky Sports after the match. “We didn’t press at all. We tried but we were not able to get into those pressing situations. They had an overload in midfield and they played via their wing-backs.

“We’ve been only working two and a half or three weeks after needing to close the training centre. We had the results. In times we played well but today we have to admit they’re better than us.”

Lage praised his side for their effort in their landmark victory.

“We won here. It was a good game for us. From the first minute we had that feeling. We came here to win the game. The first half was very good from our side. I think it’s clear, a big performance from our side. A fantastic game from our boys,” Lage told BBC Sport.

The injury plagued Jones made his first Premier League appearance in almost two years with Rangnick turning to the former England central defender in the absence of Harry Maguire, Victor Lindelof and Eric Bailly.

The 29-year-old had delivered a solid performance on his return before his ill-judged header out towards Moutinho which led to the goal.

Wolves could easily have had a comfortable lead by halftime with the excellent Daniel Podence, Ruben Neves and Nelson Semedo all bringing United keeper David De Gea into action early in the game.

United created little with their best opening of the first half ending with Edinson Cavani blasting a shot off target when he should have played in Mason Greenwood.

Greenwood had been the most creative player for United and there were rare boos from the home crowd when Rangnick chose him to make way for the introduction of Bruno Fernandes.

Fernandes should have put United ahead when he side-footed a low ball across the box from Nemanja Matic against the cross-bar while Wolves also found the woodwork when Romain Saiss hit the bar with a free-kick.

Moutinho settled the affair with his low shot past the helpless De Gea and set off loud celebrations for the travelling support.

“Winning here at Old Trafford against a big team is amazing for us,” said Moutinho.

“We came here to play football, play with the ball, that’s what we do. We created a lot of shots in the first half. We controlled everything. We only let them create one opportunity,” he added.

United defender Luke Shaw told the BBC that his side was “not good enough, we really struggled, we couldn’t get hold of the ball and when we didnt have the ball we weren’t agressive enough. We didnt put them under any pressure.

“It maybe looked like an easy game for them. A disappointing performance and result. We didnt have many options on the ball and we weren’t on the front foot.”

Reuters contributed to this report.