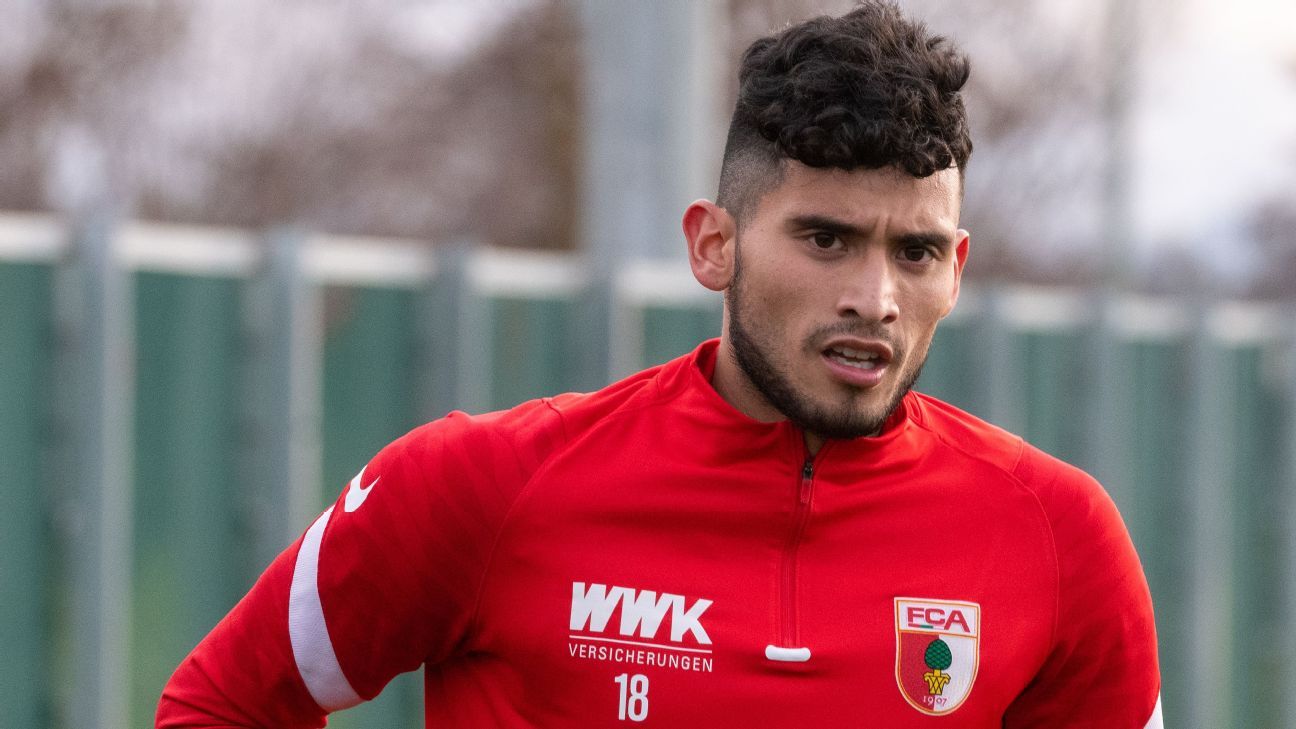 On Monday, FC Dallas 18-year-old striker Ricardo Pepi joined German Bundesliga side FC Augsburg for around €17 million ($20 million) to become the most expensive homegrown player in the history of MLS.

Pepi had an incredible 2021 with 13 goals in 31 league appearances for Dallas and (after a tough decision over who to represent internationally) a call-up to the United States men’s national team, which saw him record a goal and two assists in his debut against Honduras and two more goals in his second appearance vs. Jamaica.

The transfer was quite a coup for Augsburg — a side who have finished between 12th and 15th for the past six seasons. Sitting just above the relegation zone, Augsburg fought off competition from Bundesliga rivals Wolfsburg, while a host of top clubs — including Liverpool, Manchester City, Ajax, Real Madrid and Bayern Munich — had also been linked with Pepi.

So what can we expect from the teenage sensation? And is Augsburg the right move for him?

Where has he come from?

Moving from El Paso, Texas, to Dallas at the age of 13 (with his family following a year later), Pepi is the latest Europe-bound prodigy to emerge from the brilliant FC Dallas academy. Chris Richards (Bayern), Bryan Reynolds (Roma) and Reggie Cannon (Boavista) blazed a trail before him, but Pepi has incredible potential.

After a stint at North Texas SC (Dallas’ affiliate club in USL League One), he made his MLS debut in 2019 after signing his first contract as a 16-year-old. He showed real maturity as a regular first-team player and netted three goals in 20 games in 2020 but then kicked things up a notch in his breakout season last year.

His improvements on a technical, tactical and physical level have been such that he leaves MLS as complete a centre-forward as he could be at such a young age. If his 2021 season was a sign of things to come, the striker stands a good chance of becoming a hit in the Bundesliga. Not only was he voted MLS Young Player of the Year and the youngest player to score a hat trick in the history of the league, but he also enjoyed a strong USMNT debut.

Though patience will be needed with Pepi — as with any youngster moving to a bigger league on a different continent — some factors indicate that the forward may find his feet quickly in the Bundesliga.

Firstly, he is eager to learn. In February 2021, Pepi joined Dallas teammates Justin Che, Edwin Cerrillo, Thomas Roberts, Dante Sealy and Brandon Servania on a three-week trial with Bayern. The two clubs have an annual player development partnership that has blossomed in recent years (with the permanent signing of Richards and a five-month loan for Che) and Pepi clearly learned a lot.

“Training over there is intense,” he said. “There’s a lot of technical aspects to the game over there with ball movement and ball recovery. I’d say there was a lot of running because that’s something that they look for there. … I want to get my level to where they’re at and I know there’s work to be done, but also I’m happy to know where I am compared to them.”

Pepi has also continuously upped his game to face the challenges that have been thrown at him. How he adjusts to the Bundesliga remains to be seen, but Pepi’s progress over the past 18 months clearly points to a young man with the application and focus to succeed in European football.

What sets him apart is his overall centre-forward game, combined with his athleticism and work rate. While most teenage strikers tend to refine their hold-up game from their early 20s, the 6-foot-1 Pepi already possesses the ability to drop deep to get on the ball and shows a willingness to track back and press defenders as the focal point of the attack.

Another distinctive feature that sets the American aside from most of his contemporaries is his impressive balance and strength, often demonstrated when picking the ball up in space before setting off on a dribble. In those circumstances he’s hard to catch or knock off the ball, which makes him ideal to profit from counterattacks.

Pepi is already good at hitting the target with his efforts on goal (46% in MLS last season) and boasts a varied finishing technique with either foot that keeps opposing goalkeepers guessing. While he tends to score most of his goals from inside the penalty area, his clinical finishing makes him a very dangerous opponent.

Pepi’s close control is more reliable now than it was during the 2020 season, though he can still be overly keen on backheels and flashy flicks rather than hanging on to the ball or playing the logical but less spectacular pass.

His hold-up play has also improved, though he could be better at protecting the ball once he’s got hold of it. However, he is making the right efforts to improve and said back in September that he was studying some of the best strikers in the Bundesliga to learn from them.

“There are players like Robert [Lewandowski] and Erling Haaland I compare my game to,” he told CBS. “I like to watch their movements and do some video work on them. Lewandowski is one of the best strikers in the world, and I like to compare myself to him — a lot.”

Paying a €17 million transfer fee for a teenager is a Bundesliga privilege usually reserved for giants like Bayern, Dortmund or Bayer Leverkusen, but Augsburg obviously presented Pepi with a convincing pitch to join them — with the prospect of abundant playing time likely to be the deciding factor.

There’s no denying that the pressure is on both club and player to perform from the word go, especially since Pepi has been brought in to score goals, a rare commodity for Augsburg, which have only 17 from 17 games this season.

While his record fee, coupled with Augsburg’s precarious league position (15th place), mean expectations will be high despite his youth and inexperience, Pepi’s skills and character should give his new side fresh hope of avoiding the drop. And the USMNT will also hope to benefit from his move when the World Cup rolls around later this year.