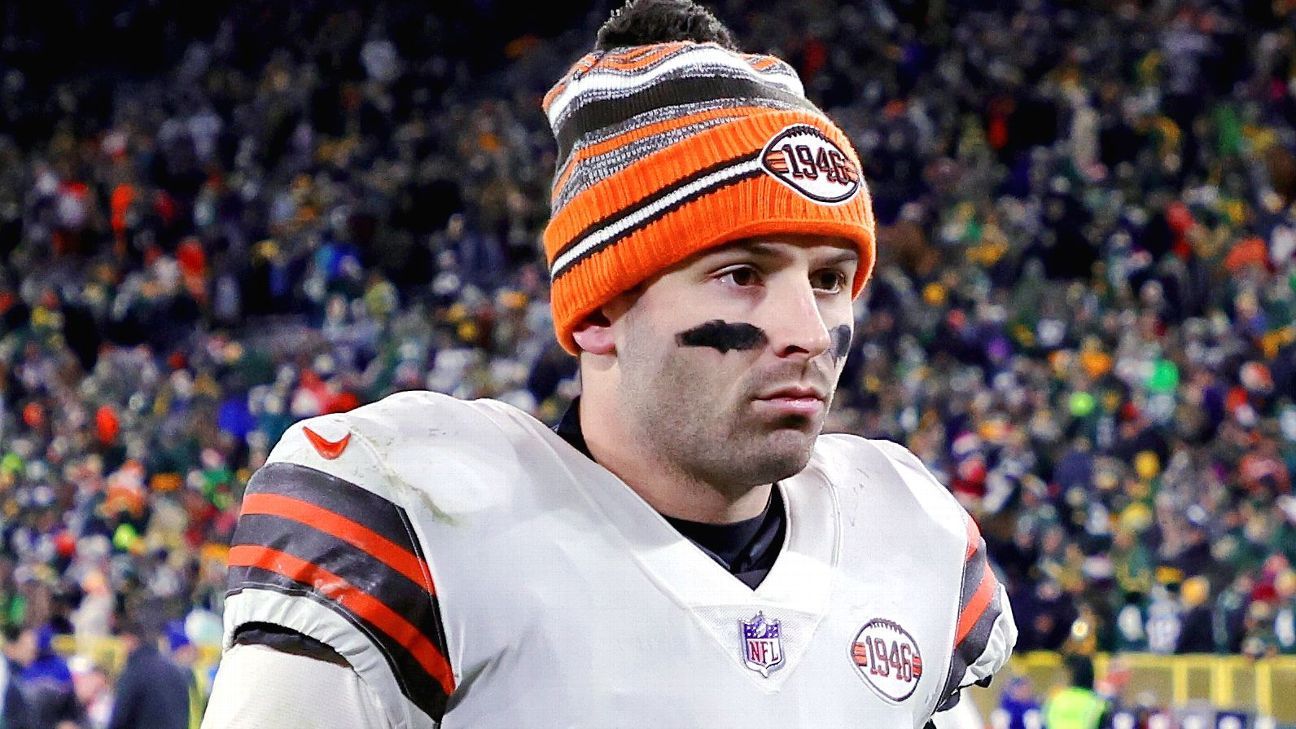 Cleveland Browns quarterback Baker Mayfield will not play Sunday against the Cincinnati Bengals and will have surgery to repair the torn labrum in his non-throwing left shoulder as soon as possible so he can be healthy for the 2022 season, coach Kevin Stefanski announced Tuesday.

Mayfield, who has been playing with the injury since Week 2, said after the Browns’ 26-14 loss to the Pittsburgh Steelers on Monday night that he would be having surgery but added he would be conferring with his agent and family before deciding when it would take place. The Browns (7-9) have been eliminated from playoff contention.

Mayfield was sacked nine times by the Steelers, who also intercepted him twice. He also became the league’s first quarterback since 2017 to be sacked at least five times and have five passes batted down at the line of scrimmage in the same game.

Mayfield is under contract with Cleveland through the 2022 season, after the Browns exercised the fifth-year option on his rookie contract last offseason for $18.86 million.

‘You only fight him because you have to’: Why nobody wants to get into the ring with light heavyweight champion Artur Beterbiev
Transfer Talk: Arsenal push for Chelsea’s Jorginho before deadline
Patrick Mahomes plays through ankle sprain, leads Chiefs to third Super Bowl in four years
Brazil’s Stefani and Matos win mixed doubles title
Ranking the five NFL MVP finalists: How top candidates stack up, plus each player’s standout moment