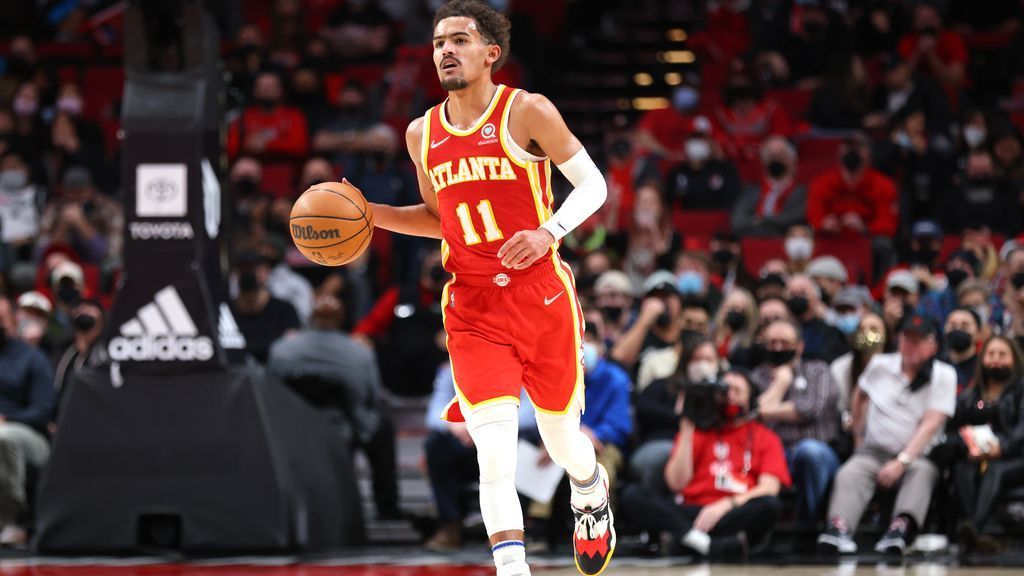 Young shot 17-for-26 from the field, 7-for-12 from 3-point distance and 15-for-15 from the line for his career-high scoring total, and added 14 assists. His 56-point game eclipsed Kevin Durant‘s 51-point performance for the Nets at Detroit on Dec. 12. Golden State’s Stephen Curry and Boston’s Jaylen Brown have had 50-point games this season.

Young became the first player with 50-plus points and 14-plus assists in a game since James Harden with the Houston Rockets on Dec. 31, 2016.

“I don’t care about nothing besides the fact we lost, so it sucks I had this type of night on a loss because at the end of the day that’s all that matters to me,” Young said. “I just wish we would have won.”

Young also scored or assisted on 86 points, tying for the most in a game in his career and the third most by anyone in the past 25 seasons (Harden). Young previously created 86 points in a quadruple-overtime game against the Bulls in 2019, when he had 49 points and 16 assists.

After missing Portland’s last game, Simons started in place of All-Star Damian Lillard, who was out due to injury management.

“This is all him, honestly,” Simons said afterward in reference to his grandfather, who died Sunday. “I give credit to him, dedicated this whole game to him.”

Atlanta coach Nate McMillan entered the league’s health and safety protocols on Saturday. But six Hawks players were available to return from protocols for the game against the Blazers, including Sharife Cooper, Danilo Gallinari, Kevin Huerter, Timothe Luwawu-Cabarrot, Onyeka Okongwu and Delon Wright.

Five Hawks, including Bogdan Bogdanovic, remain in the protocols. At one point, Atlanta was without a league-high 12 players.

“We’re just trying to fight through it and weather the storm,” Young said. “Last year, we were 14-20 at this point, so we made progress; we’re 16-20. But we gotta find a way. We gotta find a way to turn it back around like we did last year, and I think we will. I think once we get guys back and guys start to get back in their rhythm we’ll turn it around.”