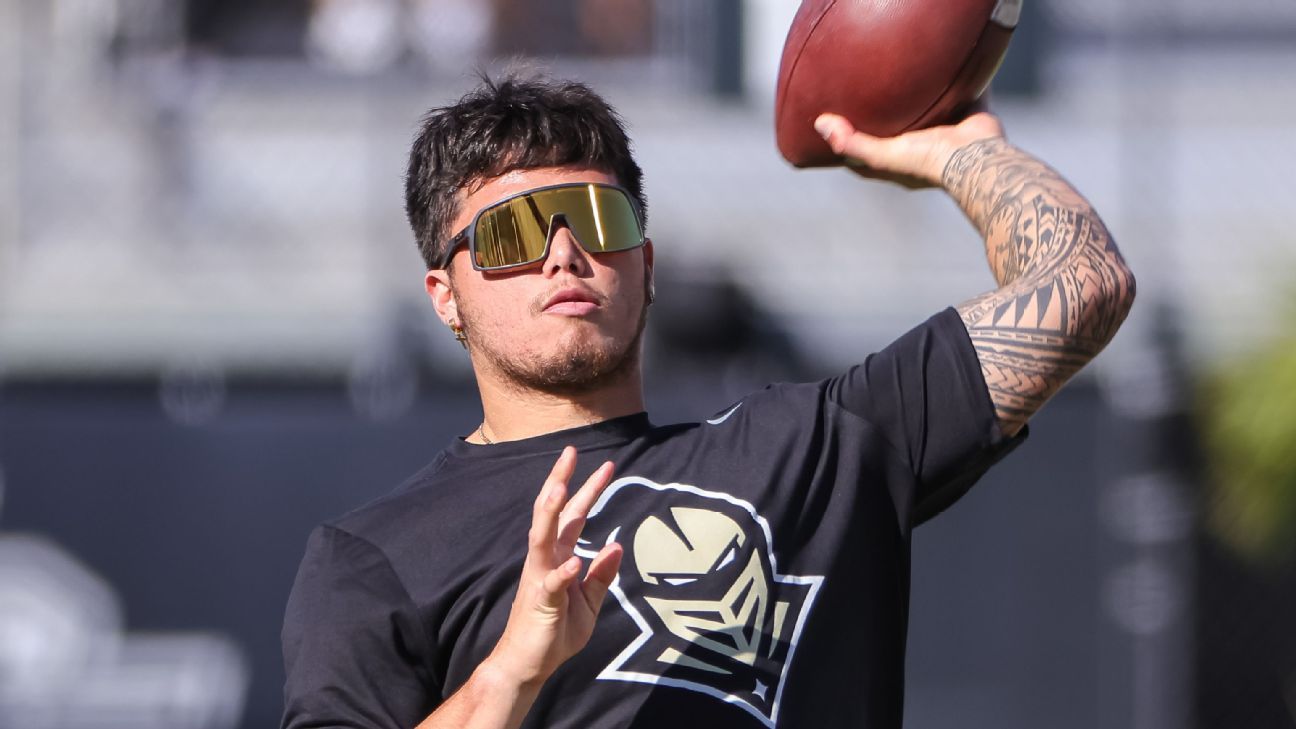 Quarterback Dillon Gabriel announced Monday he is transferring to Oklahoma, only 18 days after announcing his intent to transfer to UCLA.

Transfers don’t sign any paperwork that binds them to the school they choose, though, and because Gabriel hasn’t enrolled at UCLA, he is able to change his decision. Because of that, he is now headed to Oklahoma.

UCLA still has Dorian Thompson-Robinson on the roster, the starter from this past season, as well as Ethan Garbers, Chase Griffin and Parker McQuarrie.

A fractured left clavicle sustained against Louisville on Sept. 17 caused him to miss nine games of this past season. In three contests, Gabriel threw for 814 yards, nine touchdowns and three interceptions.

His decision to transfer to Oklahoma came on the same day that Sooners freshman quarterback Caleb Williams entered the transfer portal. Williams said he is planning on exploring all of his options and that one of those includes returning to Oklahoma.

New Sooners coach Brent Venables already saw Spencer Rattler transfer out, and now he could see Williams on the way out, as well.

Lebby was the quarterbacks coach and then the offensive coordinator at UCF from 2018 to 2019, so the two already have familiarity.

Venables has now added Gabriel and ESPN 300 quarterback Nick Evers, the No. 134 recruit overall in the 2022 class, since joining the OU program as its coach.

Behind the scenes at the NHL’s incredible dunk tank, golf events
Breaking down McGregor vs. Chandler on TUF and in the Octagon
Transfer Talk: Man Utd keeping tabs on Barcelona’s Ansu Fati
Boxing pound-for-pound rankings: Beterbiev wins but doesn’t impress; where does he land?
NHL All-Star Game: Best moments from tournament