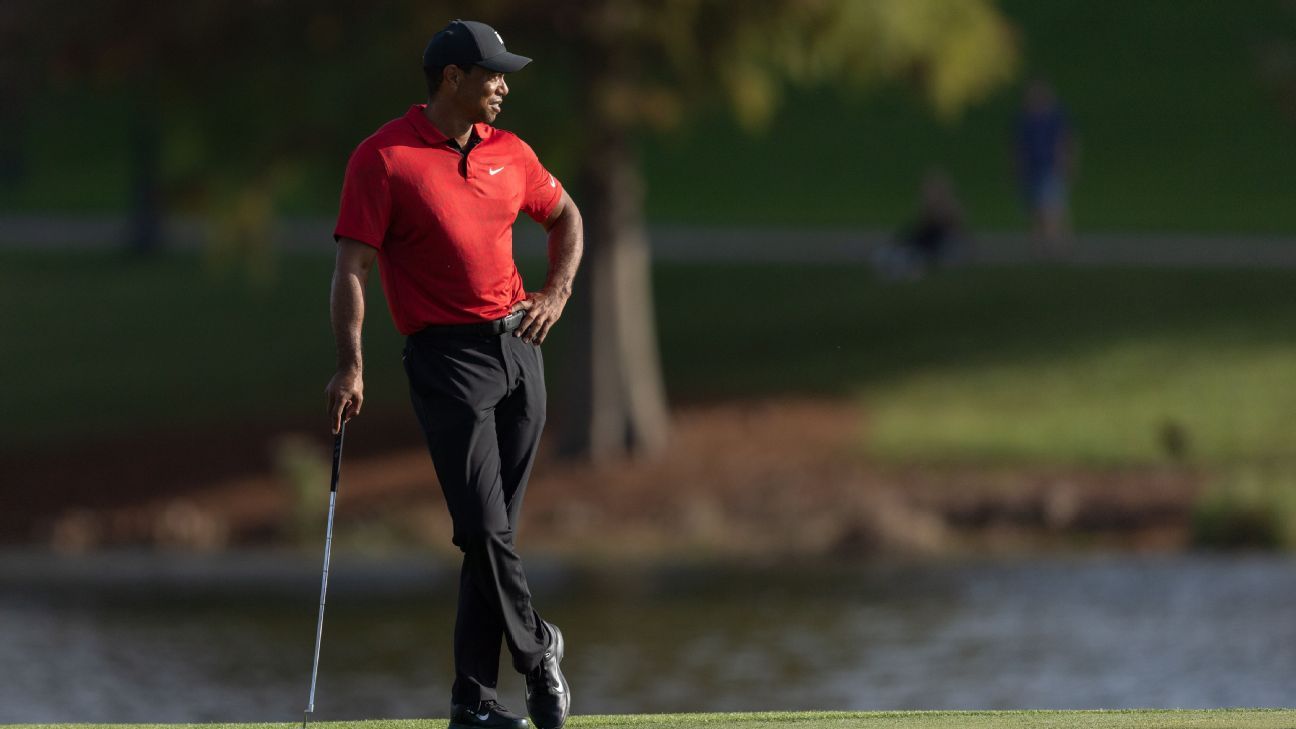 If 2022 has the same drama, excitement and confused chaos as 2021, I’m going to need to book an AirBnB in the mountains of Tibet to decompress. OOOOOOHHHHMMMMMM.

But before I save my Tibetan trip SuperHost search preferences and do all my research, I’d like to start off with just a wish. Then we’ll size up what this year could bring.

My wish for 2022 is that all the golfers we love — and/or hate, for some people — are safe and healthy in the new year. I would love to have a year when only what happens on the golf course makes news and headlines. It’s probably like getting back-to-back calls from Augusta National and Pine Valley while Michael Jordan is in the driveway wanting you to come play Grove XXIII. But, hey, it’s my wish. It could happen [shrug].

Let’s start with the majors!

Michael Collins is back for an all-new season of America’s Caddie. He’ll take you inside the world of golf with exclusive looks at some of the top courses, feature stories, celebrity guests and interviews with the biggest stars golf.
Streaming Wednesday on ESPN+

Next up, the playoffs and FedEx Cup

What about some social media drama?!

Here’s the hard part about this kind of stuff: If the two guys are friends and like each other well, then it’s not real drama and while we giggle because it’s funny, we’re not locked in and talking about it on TV shows.

Whoever wrote this has the penmanship of a 6 year old. https://t.co/9DIPblLkv8

Still the back-and-forths between Max Homa (@MaxHoma23) and Joel Dahmen (@Joel_Dahmen) are always great, and I expect it to be next-level in 2022.

Will the Brooks/Bryson drama continue?

If Koepka keeps giving gifts and set-up like below to Bryson, how could it stop?!?

While The Match shoulda been called “The Dud,” these two not liking each other is good for golf and needs to continue thru ’22. The hard part is keeping it inside the ropes. Everyone now knows their feelings towards each other isn’t an act, but the tour also knows some boundaries must be set — hopefully broken occasionally by the players — so the fans don’t again feel like this is an interactive game.

Last, but never least: When and where will Tiger Woods’ first competitive comeback ?

St. Andrews and the 150th playing of the Open Championship. If we played a game of “Press Conference Interpretations,” Tiger gave us a small hint. He told everyone in the Bahamas how much that event means to him and how much he loves that course. It’s a flat golf course that wouldn’t be the challenging walk that Augusta National and The Country Club in Brookline, Massachusetts, present. “There are no days off,” is what he told us in Orlando at the PNC event, which means he’s working every day on stamina. Matt Kuchar says his game is tour-ready now and he has seven months to get his leg ready for that much walking. Are you betting against Tiger? I’m not.