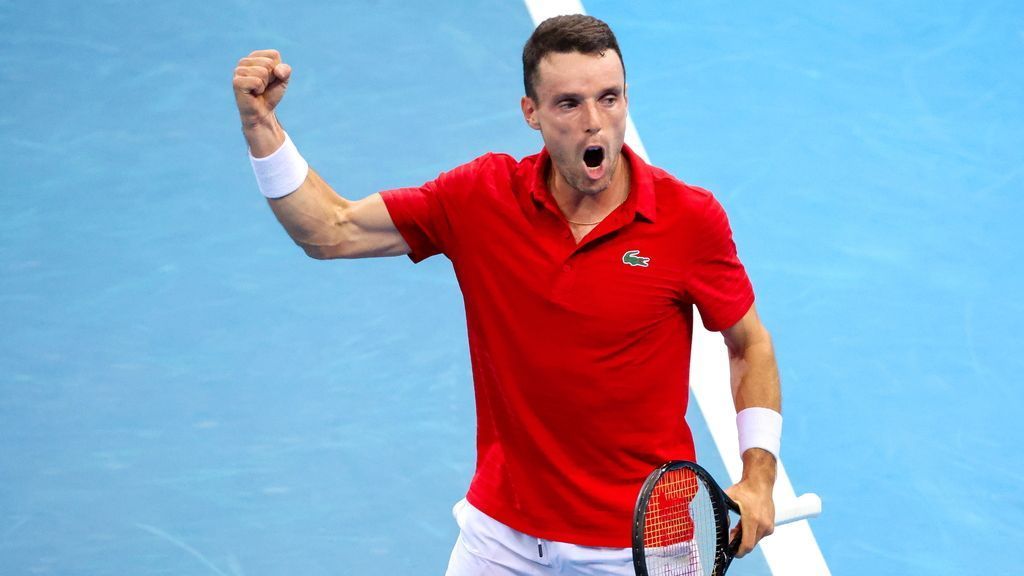 SYDNEY — Spain and Poland remained perfect at the ATP Cup, securing winning 2-0 leads in their matches Monday for their second consecutive victories in the team event.

Bautista Agut improved to 9-2 in singles at the team event.

“Casper is playing unbelievable tennis, (he did) an unbelievable performance last year, and today I played very good,” Bautista Agut said in his on-court interview. “I returned very well, I made very few unforced errors and I played aggressively. “

“He [Metreveli] played well in the first set and things were not going my way. But I got better with each set and am happy to get the win,” Hurkacz said.

Poland can book a place in the semifinals if it defeats Argentina on Wednesday in its next group game.

“I was trying to move [Bakshi] around and I think that was the key to the match,” said Majchrzak, who is coached by former world seventh-ranked Joakim Nystrom.

“He brings me a lot of confidence and a lot of calm in my tennis so I can feel that I am improving,” Majchrzak said of Nystrom on the ATP Tour’s website. “We are working on (developing an all-court game) but in a way that doesn’t interrupt my baseline game. We will take it from the practice to the matches but it takes time.”

The four group winners in the 16-team tournament advance to the semifinals on Friday and Saturday, with the winners meeting in the final on Sunday.