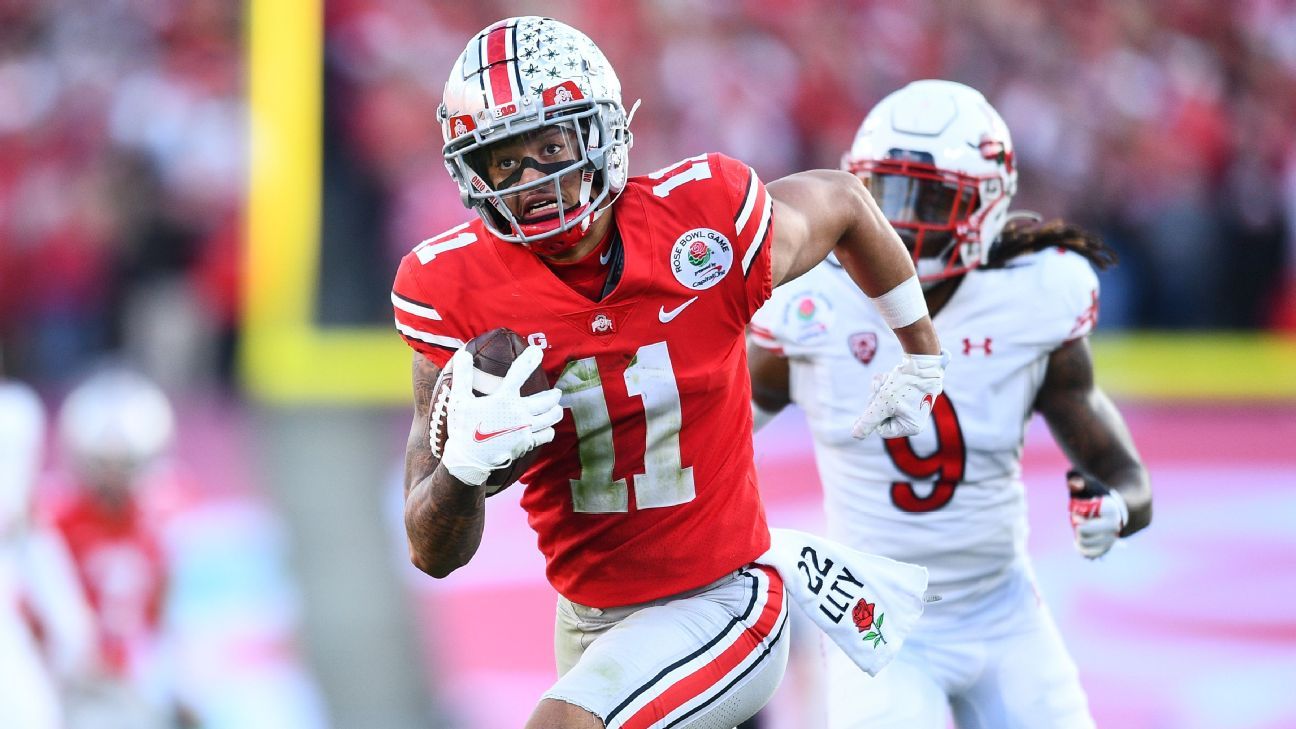 It was a record-breaking day for Ohio State wide receiver Jaxon Smith-Njigba in the Rose Bowl Game Pres. by Capital One Venture X.

With 257 receiving yards through the third quarter, Smith-Njigba broke Terry Glenn’s school record of 253 yards, set against Pitt in 1995. Glenn reached his total on nine catches, whereas Smith-Njigba did it on 10.

Smith-Njigba was up to 288 receiving yards on 11 receptions to begin the fourth quarter, which put him at 1,547 yards on the season. With his performance on Saturday, he became the only Ohio State receiver to ever have multiple 200-yard receiving games, as he put up 240 yards this season against Nebraska.