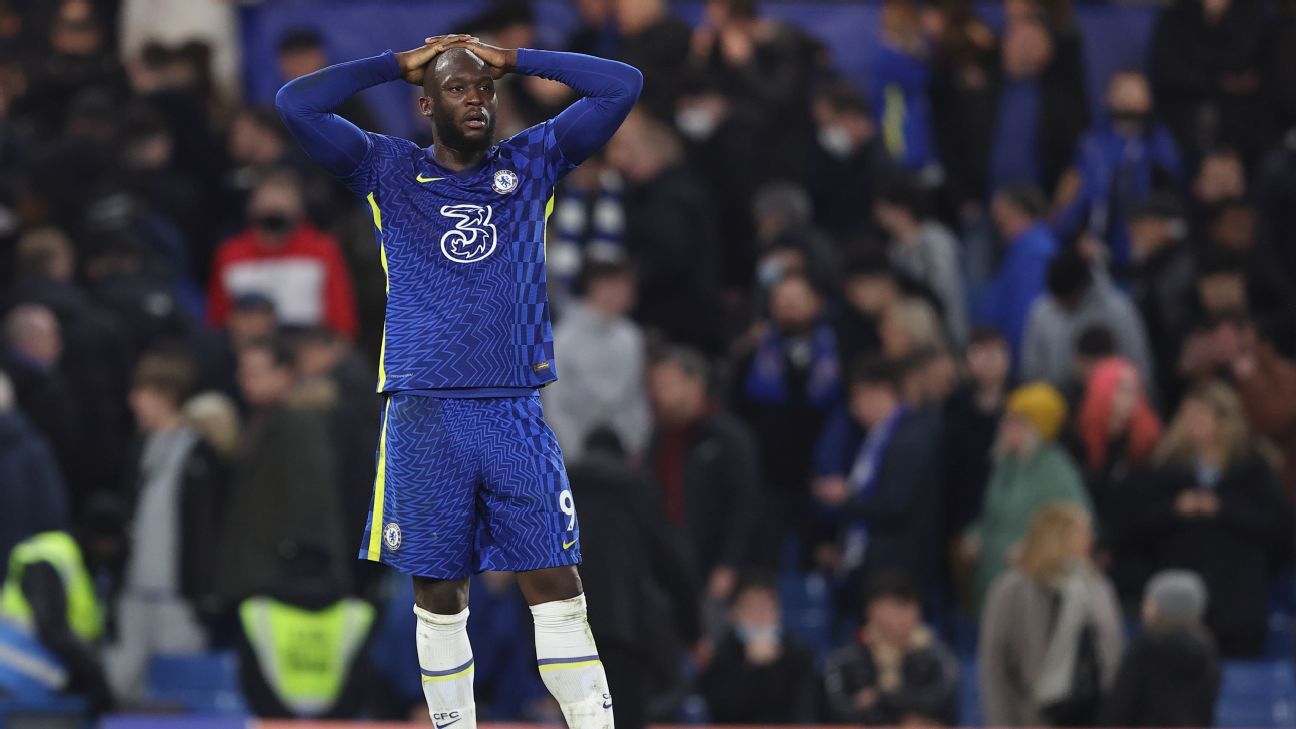 Chelsea broke their transfer record in August to sign Romelu Lukaku in the expectation he would fire them to the Premier League title. Yet in the first week of January, the Blues find themselves 10 points behind leaders Manchester City and with their €115 million acquisition facing a decidedly uncertain future.

Head coach Thomas Tuchel wrote himself into Chelsea folklore by galvanising a squad with palpable fault lines last January, transforming them into European champions, and now he must do so all over again.

The task is harder this time because more is demanded of him. Upon taking over from Frank Lampard almost a year ago, Chelsea were in ninth place and 11 points off top spot.

Hardly anyone anticipated a title challenge and nobody foresaw a second Champions League success, beating City in the final to cap a remarkable transformation. But signing Lukaku was supposed to be the next step in their evolution, the expensive-yet-ideal final piece of a jigsaw transforming a profligate team into one with a clinical edge sufficiently sharp to become champions.

However, the reality is Lukaku has never looked a natural fit in this Chelsea team, despite the homecoming narrative as he returned to the club he first joined 10 years earlier, this time as one of the most complete forwards in world football following two hugely impressive seasons at Inter Milan, the second of which ended with a Serie A title and recognition as the division’s MVP.

Rather than being the missing piece, he has struggled to fit in — and that falls as much on the manager as it does on Lukaku himself.

Tuchel initially explained some of this away by claiming in October that Lukaku was “overplayed” and “mentally tired” from his exertions with Belgium at Euro 2020 and in the UEFA Nations League. Yet Chelsea have struggled to find much attacking cohesion with Lukaku in the team all year, a lack of appropriate service compounded by a sticky patch of form prior to suffering with injury and, later, COVID-19.

The Blues’ record with and without Lukaku shows what little difference he has made: They have scored more goals without Lukaku in fewer games (29 in 13 as opposed to 23 in 18 with him) and registered a better expected goals figure (29.95 vs. 22.32).

There are mitigating factors on both sides, but the combination of Lukaku’s price tag and Chelsea’s ruthlessly high standards means judgements are quick and harsh.

And so it is against this backdrop that Lukaku’s comments in that ill-judged Sky Sport Italia interview made things decidedly awkward for Tuchel, so much so that he felt compelled to leave the 28-year-old out of his matchday squad for Sunday’s 2-2 draw against Liverpool.

Rather than accepting sole responsibility or offering a vague answer avoiding controversy, Lukaku claimed he was “not happy,” that Tuchel was playing “a different formation” to the one expected and even went as far to suggest he wouldn’t have left Inter had the club not suffered economic difficulties.

Furthermore, he mooted a possible return to Inter “not at the end of my career, but when I’m still at top level.” Lukaku will be 29 next year; his years at the “top level” are finite and such a provocative statement in what, significantly, was an interview not granted by the club, fired the starting pistol on speculation of a January exit.

There are choppy waters ahead. Tuchel will meet with Lukaku on Monday to discuss the motivation behind his interview after taking a strong stance by omitting him completely against Liverpool.

“We took a decision to delay the decision and to have a process to look deep [at it] and also to protect Romelu from a rash decision because we need to speak,” Tuchel said after Sunday’s game. “We need to read the full interview. We need to stay calm and not lose our heads. It was simply a decision to protect the preparation for a match like this because there was too much noise.”

There was little doubt it would have been more than useful to have Lukaku off the bench in the second half against Liverpool as both sets of players tired towards the end of a gloriously chaotic affair. Christian Pulisic may have scored, but neither he, Kai Havertz nor substitute Callum Hudson-Odoi — who all occupied the centre-forward position at times — appeared naturally suited to the role in the manner Lukaku manages with aplomb when at his best.

Throw in Timo Werner‘s ongoing struggles, and Chelsea’s misfiring forward line remains one of the key issues explaining why their title challenge has faltered.

Tuchel’s success at Chelsea has been founded on a remarkable defensive record, conceding just 26 goals in his first 52 games. Since — and including — losing 3-2 at West Ham United on Dec. 4, they have been breached 13 times in 11 games.

That loss of stability exacerbates problems at the top end of the pitch, a disconnect that has left Lukaku with the modest record of seven goals in 18 games. Tuchel’s 3-4-2-1 shape facilitated a huge improvement in Chelsea’s defending, but Lukaku is appearing to hint at a preference for Antonio Conte’s 3-5-2 employed to great success at Inter. The main difference is rather than operating with two No. 10s in behind, Lukaku has a strike partner to act as a foil, thereby changing the angles of attack.

Extracting the best from Lukaku continues to feel like the task that could define the length of Tuchel’s tenure. It is notable that the supporters stayed with the team in Lukaku’s absence on Sunday, rallying behind Tuchel, who acted as a conductor on more than one occasion in the second half, urging more from the home crowd as his team searched for a winner.

Managerial tenures can unravel alarmingly quickly at Chelsea — perhaps faster than anywhere else in England — but Tuchel still has credit in the bank from that Champions League success and requires support from the club’s hierarchy in the coming days as he manages the fallout from Lukaku’s interview. Arsenal boss Mikel Arteta has taken a decisive stance against his own star striker, Pierre-Emerick Aubameyang, albeit for different reasons of club discipline, but the early signs of success in that decision are born from senior figures at the club acting in unison rather than undermining the manager’s authority.

It is why Tuchel consulted the more experienced players in the dressing room before dropping Lukaku. That togetherness must remain, especially as Lukaku may be tempted by the winds of change drifting in through the open transfer window.

Tuchel, for his part, appeared adamant Lukaku will not depart this month.

“I cannot tell you right now because we need to talk and understand the situation better and from there on we go. Once the situation is clear, there is no doubt he will stay our player and we will also protect our player.”

All will quickly be forgotten if Lukaku is back in the team and scoring goals. The problem is, that prospect looks no closer to reality than it did in August.