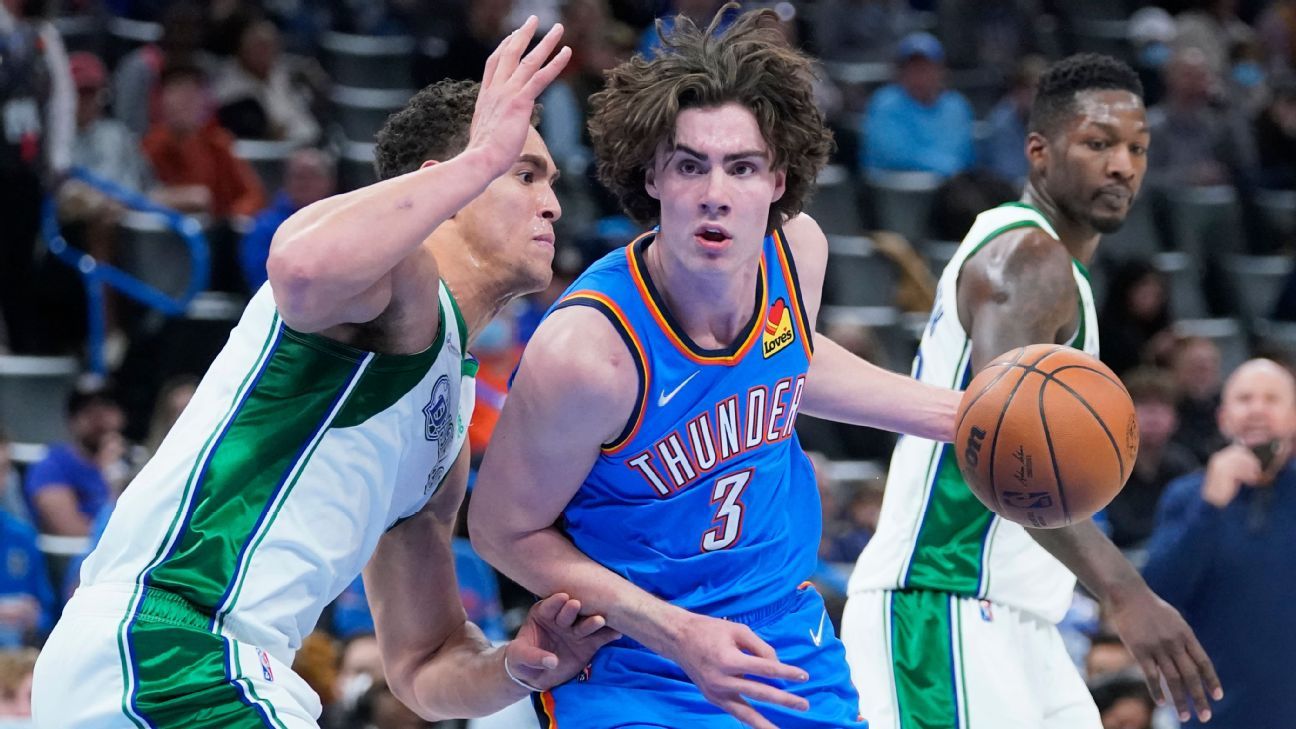 OKLAHOMA CITY — Oklahoma City Thunder rookie guard Josh Giddey, back after missing three games while in the NBA’s health and safety protocols, became the youngest player in league history to record a triple-double during Sunday night’s game against the Dallas Mavericks.

Giddey finished with 17 points, 14 assists and 13 rebounds for his first triple-double in a 95-86 loss by the Thunder.

Also back Sunday was Mavs star Luka Doncic, who had 14 points, 10 assists and nine rebounds in his return from a 10-game absence.

Doncic played with a long brace on his left knee and saw just over 31 minutes in his first game in 23 days. He was content with setting up teammates for baskets after missing five games with ankle soreness and five more games because of COVID-19 health and safety protocols.

Marquese Chriss, on his second 10-day contract after joining the Mavericks on Dec. 21, came off the bench to score a season-high 15 points. He shot 6-of-9 from the field, including three 3-pointers, and had seven rebounds. He had played in just seven NBA games in the previous two seasons before signing with the Mavericks last month.

Dallas won its third straight over the Thunder, cutting the all-time series advantage for the Thunder to 84-81.