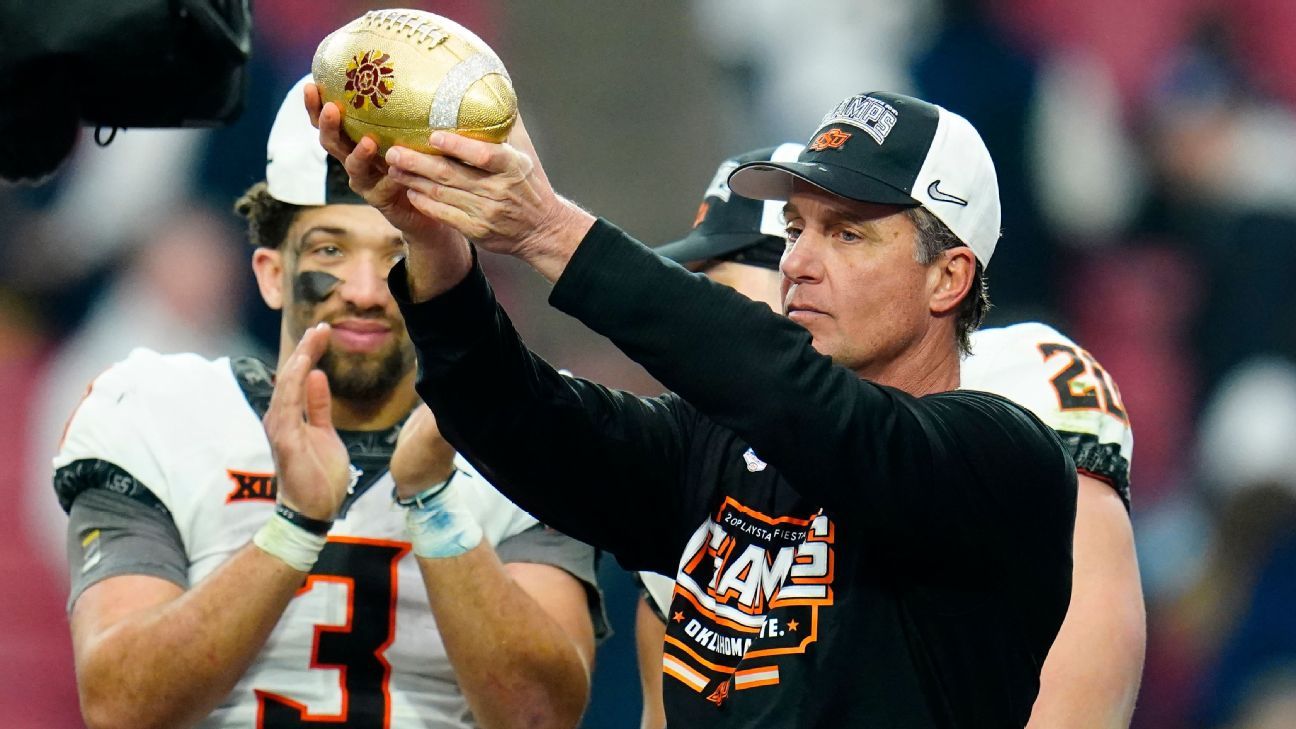 After Oklahoma State completed the largest comeback in team history, coach Mike Gundy put his own label on a 37-35 PlayStation Fiesta Bowl victory over Notre Dame.

“This is clearly the biggest win in the history of the school,” Gundy said.

Oklahoma State rallied from a 28-7 deficit in the second quarter to score 30 straight points. The team’s previous biggest comeback was 20 points down against Colorado in 1979.

The Cowboys won 12 games for the first time under Gundy, a former Oklahoma State quarterback in his 17th season as head coach.

Oklahoma State also won the Fiesta Bowl after the 2011 season to finish No. 3 nationally. This season, Oklahoma State ended a six-game losing streak to rival Oklahoma, made its first Big 12 championship game appearance but fell to Baylor as running Dezmon Jackson was stopped inches short of a potential winning touchdown.

“We felt like if we didn’t win this game, this would have been kind of a season of just forgotten greatness,” defensive end Brock Martin told the Stillwater News Press.

Notre Dame’s loss spoiled the head-coaching debut for Marcus Freeman, promoted Dec. 3 from his defensive coordinator spot to succeed Brian Kelly. The Irish fell to 0-8 in BCS or New Year’s Six bowls, the most losses by any team without a win. Notre Dame’s last win in a New Year’s Six bowl game was in the 1994 Cotton Bowl Classic.

“The honeymoon stage is over,” Freeman said.

After Oklahoma State scored to cut its deficit to 28-14, Notre Dame took over at its own 25-yard line with 37 seconds left in the first half and all three timeouts. But the Irish elected to run out the clock, not wanting to risk a potential turnover, Freeman said.

“I wouldn’t change that,” he said, while adding, “We all can learn from it and look at every situation.”