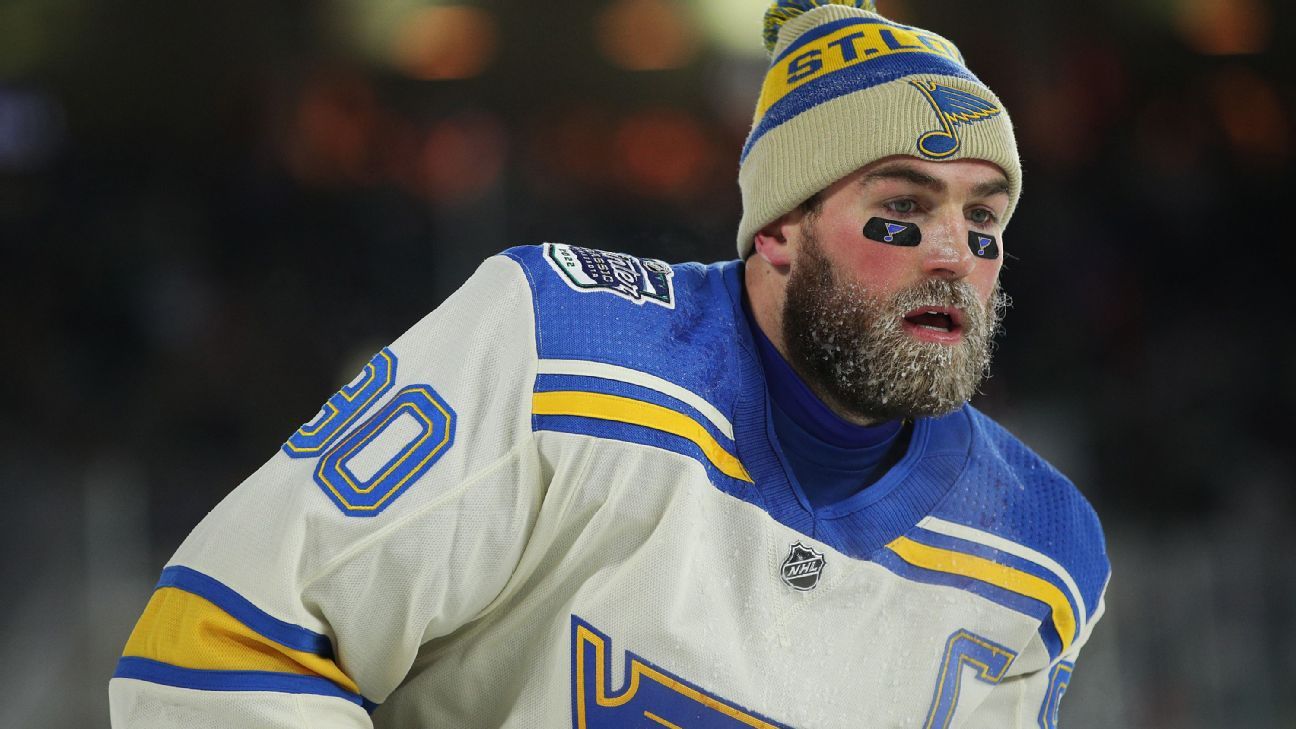 The St. Louis Blues face the Minnesota Wild on Saturday night in the Winter Classic, the NHL’s annual New Year’s Day game played outdoors. Target Field, usually the home of the Minnesota Twins, is where the two teams will play.

Per the Weather Channel website, Saturday’s high in Minneapolis is negative-5 degrees. With the wind chill, it feels like negative-21 degrees, according to the site. And it’s only getting colder as the night progresses. The temperature reached negative-7 degrees, making it the coldest NHL outdoor game on record, per ESPN Stats & Information research.

So, when subzero temperatures collide with the legendary toughness of hockey players, you get standout pregame fashion worn by Blues players. There’s plenty of Hawaiian shirts, short shorts, flip-flops and even a few bare chests.

Now THAT is what we call a Winter Classic arrival! 🏝️⛱️

One player wore socks with sandals, which is a fashion faux pas in any weather. Blues defenseman Justin Faulk put on warmer clothing for a pregame interview but kept the flip-flops.

As a sharp contrast to the tropical-themed outfits seen in pregame, there was plenty of frozen facial hair in the warm up.

LeBron, Giannis voted as All-Star Game captains
“It’s Irrelevant”: Ex-Pakistan Captain Slams Batter Who Said ‘Virat Kohli Is Behind Me’
All-Star Beniers to miss next 2 games for Kraken
The Celtics have been the one constant in LeBron’s career
Sources: Ortiz-Stanionis bout set for April 29