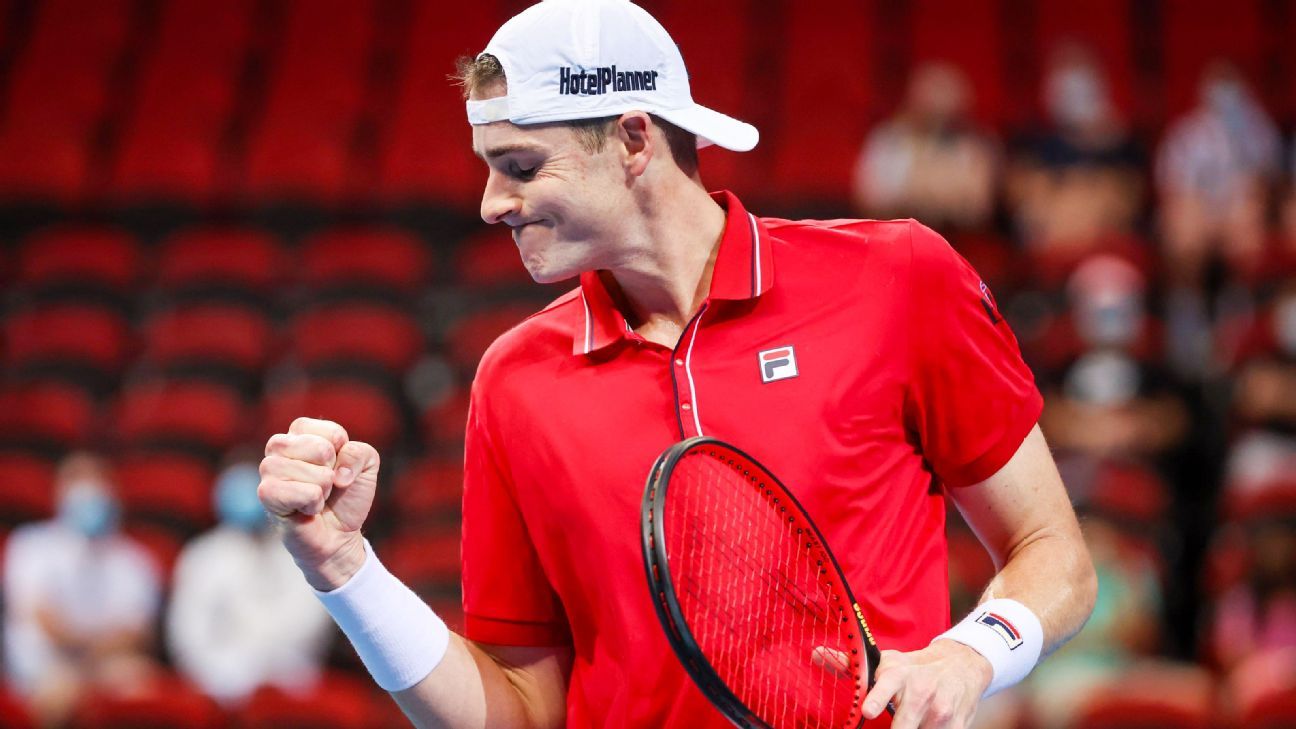 SYDNEY — John Isner beat Canada’s Brayden Schnur 6-1, 6-4 in 66 minutes to give the United States an early 1-0 lead at the ATP Cup on Sunday.

Schnur was a late replacement for Denis Shapovalov, who withdrew from the opening singles match Sunday due to fatigue. The Canadian is recovering from having contracted COVID-19 at a recent tournament in the Middle East.

Isner saved the only break point he faced.

“I surprised myself with how well I played out here,” Isner said in his on-court interview. “You always work hard in the offseason, but you never really know what could happen in that first match of the year.”

Isner broke twice in the first set and used his strong serve to capitalize on the advantage. The American hit 10 aces and won 46% of his return points.

“I actually really like this court. It’s not too fast, which I prefer. It gives me a little time to swing out on my shots being so big. That helps me out a lot,” Isner said.

In the other day match Sunday, defending champions Russia got off to a strong start when Roman Safiullin beat Arthur Rinderknech of France 2-6, 7-5, 6-3.

On the opening day Saturday, Argentina and Spain both cruised to 3-0 victories over Georgia and Chile, respectively. Serbia, despite playing without No. 1 Novak Djokovic, beat Norway 2-1 and Poland took advantage of Stefanos Tsitsipas‘ injury-enforced absence in singles to beat Greece 2-1.

The 16 teams are dividing into four groups, with the winners of each group advancing to the semifinals on Jan. 7 and 8. The final is scheduled for Jan. 9.

On top Down Under: Djokovic ties men’s record
Advantage, Novak Djokovic in the race to be tennis’ GOAT
UGA: SUV in deadly crash wasn’t for personal use
Source: 49ers QB Purdy has torn UCL in elbow
Peter Sagan: Tour de France great to retire from World Tour at the end of 2023